I haven’t been shy to say that I think the inaugural Renewable Cities Global Learning Forum was the best “conference” I’ve ever attended. It offered a perfect mix of inspiration, industry updates, useful case studies, attendee engagement, and, importantly, stimuli for action. It inspired me to kick of CleanTechnica‘s own “Cleantech Freakin’ Revolution Tour.” So, despite feeling approximately 1 month behind on work (as usual), I was happy to get on a call with Keane Gruending of Renewable Cities to be interviewed about my experiences from the first event, some of its effects on my life and CleanTechnica‘s work, and what I’ve been doing since the event. The interview is below, and you can check out other interviews from a few Renewable Cities speakers here.

First, though, I’m happy to share that Global Learning Forum #2 has just been announced! The dates are May 17–19, 2017, so be sure to put that on your calendar now! Seriously. I think this is really likely to be the event of the year.

So… with that intro out of the way, here’s a summary of Keane’s interview with me: If you want to get excited about the future of renewables, Zachary Shahan is right the person to talk to.

Zachary is the director and editor of CleanTechnica.com, the #1 most-visited cleantech-focused site on the internet, and the founder of Solar Love, EV Obsession, and Bikocity. As one of the world’s leading communicators on electric vehicles and solar energy, his work can also be found everywhere from Scientific American to Reuters to TreeHugger to the World Economic Forum’s blog Agenda.

Zachary joined us at our Global Learning Forum where he spoke passionately about the global energy transition during our opening night event and through an “In Conversation” segment. Zachary also imparted his knowledge on renewable energy communications and moderated a panel on the electrification of transportation.

How did participating in the Global Learning Forum impact your work?

“The biggest benefit for me was realizing that the Forum was actually going to stimulate action. The event was practical and just tremendous in terms of the sessions, people, and diversity. It was the best cleantech event or conference of any type that I think I’ve ever attended, and I heard the same from several other attendees. Our Cleantech Revolution Tour, which we recently launched in Berlin but will extend to cities across the US and Europe, was actually inspired by the Global Learning Forum. The idea is that, for cleantech to scale faster, we need a natural dialogue that pulls people together where they live. The Berlin event did this and focused on the consumer and entrepreneurial side, particularly with regard to solar and electric vehicles (EV).

I was so inspired by my experience at the Global Learning Forum that I began dreaming up and planning these events almost immediately after returning home, or perhaps on the plane.”

What’s happened in your work over the last year?

“Other than the Cleantech Revolution Tour, I went to California and crashed the Tesla Model 3 unveiling, where we had two hours on the test track with the Model 3—the only media actually photographing and recording on the test track. CleanTechnica pre-ordered four of them for our team! At CleanTechnica, we’re trying to get our writers behind the wheels of a whole variety of EVs—Teslas, Nissan Leafs, Chevy Volts, Chevy Bolts, and maybe BMW i3s.

So far, the response to the launch of the Model 3 has been huge. Before the release, the upper end of hope for all but a few extreme optimists was 100,000 reservations for the car, but they hit 300,000 right away—within one week.

During my trip to California, I also participated in the filming for a documentary being made for BYD, the world’s second largest producer of solar panels and the largest producer of batteries. I also took the opportunity to interview Nick Sampson, who is one of the heads of Faraday Future [a new US-based and Chinese-backed Tesla competitor].

Earlier this year, I was brought to Mumbai, India, to present at a major institutional investment conference that was focused on disruption. Three Indian cabinet ministers—ministers of the economy, energy/environment, and transport—presented at the conference as well, which shows how seriously they are taking [renewable energy]. The institutional investment firm brought me in after watching my Renewable Cities PechaKucha!”

What have been some of the biggest developments and trends in renewable energy over this past year?

“The biggest in cleantech would be the Tesla Model 3—reservations were way higher than anyone expected. Given how many consumers want them, the conventional auto industry should be afraid. We don’t actually know just how big the demand for EVs is yet, but it’s clear that electric cars are becoming a significant force in the industry.

India is actually doing a lot on renewable energy, and that has been another major story. The government is aiming for 100% electric vehicles by 2030, which is a huge development, while also setting and working toward industry-leading solar and wind growth targets. The Netherlands and Norway are also working on 100% renewable transportation, but India is a much different animal altogether. They’re doing it as a developing country with a massive population. The Indian Prime Minister and his team are very focused on getting this done and are creating the right [financial and policy] ecosystem to make renewables happen.

Lastly, COP21 in Paris is more than most hoped for. While much of the previous work on [international climate negotiations] over the past few decades was invisible to many, the Paris Agreement has indicated that the foundation is set and we are ready for rapid growth in clean energy.” 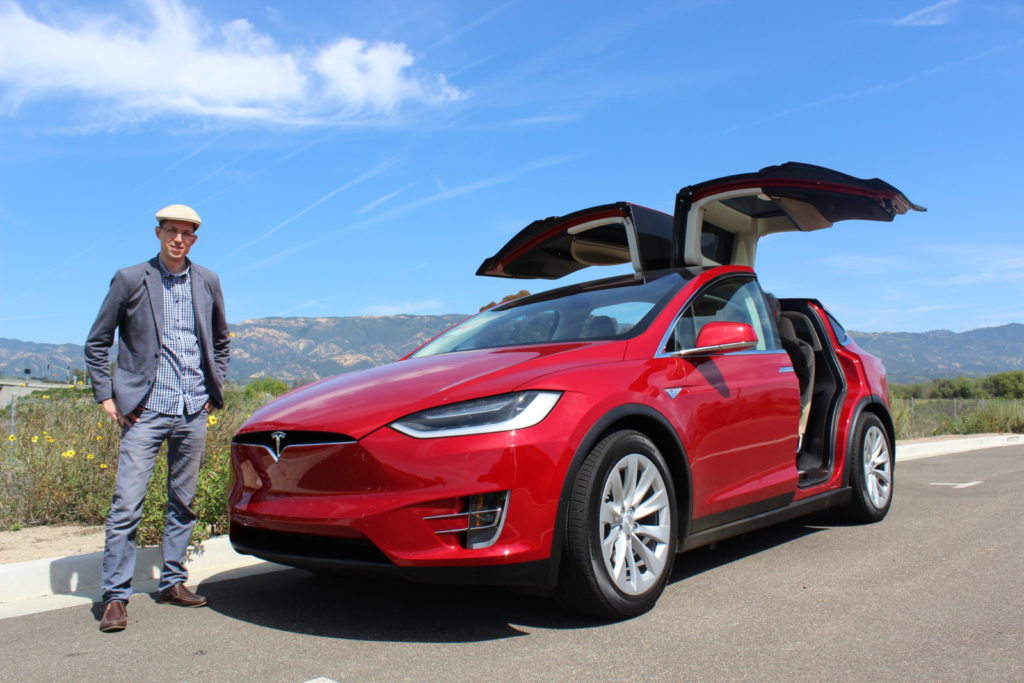 What are the next big issues to watch?

“The number one barrier to renewable energy growth these days is that people don’t know how cost-competitive wind and solar energy are. We’re just seeing the tip of the iceberg, with solar energy beating natural gas in places like Texas, for example—utilities are only now beginning to look at solar as the best option. With the renewable energy industry growing faster than anticipated, though, we could start to see more pushback in certain countries and from utilities.

We’re starting to see bigger and bigger renewable energy projects, especially in the Middle East. One recent auction for a massive 800 MW solar project in Dubai brought in a record-low bid of 2.99 cents/kWh! Yes, 2.99 cents/kWh—very few people assumed we would get to such a low price in 2016, or even before 2020! Governments and utilities are considering the sunk costs and legacies associated with conventional power production and are even beginning to see opportunities to shut down coal power plants prematurely due to more competitive pricing from new renewables.

In terms of transportation, all the big OEMs must have entered panic mode as they will be forced to respond to Tesla by bringing out better EV options. While I’m not confident they will put aside their pride and work with Tesla on the Supercharging network, [the conventional auto industry] will need to do so or create their own massive super-fast-charging network in order to support broad growth in electric vehicles. It’s mostly EV, car, and tech enthusiasts who reserved the first Model 3s, but once the cars start trickling out into the general public, there will be even more demand. Already, tech companies like Google and Apple are exploring electric transportation because the big automakers just aren’t responding quickly enough.”

Do you see any opportunities to grow the movement towards 100% renewable energy in cities?

“As more cities sign on to 100%, there will be momentum for other cities to join. That’s why events like your Global Learning Forum are critical. I remember that there was a councillor from a big North American city who, at the start of the conference, thought 100% renewable energy was too ‘pie in the sky’, but by the end of the event believed that 100% renewable targets were precisely the way to go. We will see an acceleration of this in the coming years: as more cities adopt a target, others will stick their necks out.”

Did you like this interview? See more of The Front Line of Energy: Thought Leader Interviews and get the latest updates by signing up for our newsletter.