Green growth will come, just not the way we might think. Despite the enthusiasm around the recent Paris agreements, climate policy is at an impasse. It seems as though binding targets for all countries to limit warming to 1.5 or even 2 degrees are not politically negotiable – at least as long as a low-carbon economy is mistakenly still viewed as a sacrifice rather than as an economic opportunity. And even when recognised as an opportunity, there are numerous challenges around managing an energy transition.

2014 was the hottest year on record according to NASA. 2015 will almost definitely be even hotter. First, irreversible and reinforcing global warming effects are already in force. We have consumed more than half of our global greenhouse gas budget, but emissions continue to rise — now above the critical 400 ppm mark. There is no change in the trend. The time window for a possible solution is small and closing fast.

Whether we achieve our climate goals will depend mainly on our energy choices. Developed countries can remodel their energy infrastructures from the relative comfort of stable or even falling energy demand. Developing countries, on the other hand, have to find solutions for rapid energy demand growth and widespread undersupply. Their priority is the provision of cheap, secure, reliable, and quickly available energy. Slowly, concerns around air and water pollution through burning of fossil fuels are becoming an additional decision factor. Today, green solutions – especially energy efficiency, wind power, and solar power – can already compete economically with fossil fuels. We must make the most of this historic coincidence and catalyse green growth.

The instruments used so far to entice developing countries to develop low-carbon economies were not successful. Well-meaning tools, such as pilot projects, CDM projects, or technology transfer have barely moved the needle. With respect to the mindshare of politicians, institutes, and organizations, projects on the energy transition (a climate topic, green growth) have often been crowded out by projects on energy access (a development topic).

China, the US, and the European Union together cause more than half of global emissions. The still poor but rapidly developing countries of Asia and Africa contribute around 12%. Per capita, the difference becomes much starker: their emissions are not even one-tenth of US values.

Half of the population of our planet (more than 3 billion people) lives in developing countries. The citizens of these countries want the same standard of living as Europeans or Americans have. A cap on their development for global climate concerns is impossible to justify in international climate discussions. Development needs better jobs, which means industrialization. It also implies more consumption. Despite possible efficiency gains, that will lead to much higher energy needs. So far, these were met by burning fossil fuels and thus went hand-in-hand with rising greenhouse gas emissions.

The two goals of development and fighting climate change are still widely considered to be at odds. The country most successful at reducing poverty over the past decades is also the country now contributing the most to global emissions: China.

At the same time, in a cruel irony of history, it is the poorest countries that stand to suffer the most from climate change. They are most vulnerable and least responsible.

However, over the past few years, the global energy economy has changed fundamentally. Now, for the first time, we really have a chance to decouple development from rising emissions, because renewables no longer come at a premium. As a result, some countries in the developing world are already betting on green growth. A global energy transition – driven by economics, not climate concerns – is at hand.

The Opportunity of a Lifetime

The energy transition in the developing world is a game-changing development. It will have an impact on many aspects of our lives, around the globe: It is the opportunity of a lifetime for the developing world, for the global business community, and for the climate. Here is why:

Many developing countries are now at a point where China was 30 years ago: they are ready to build up the energy system on which their future prosperity depends. The difference is: their choices are now much better and clearer. A look at China shows the downsides of a coal-heavy strategy: severe pollution and enormous water usage. At the same time, the costs of wind and solar have fallen to about 5–10% of what they were in 1990. As a result, developing countries now have the option of building their future energy infrastructure around solar, other renewables, storage, and smart grids, rather than coal.

It will be an option that costs less, is much cleaner, saves water, provides a maximum of energy security, and allows these countries to move to the forefront of key future technologies. Moreover, renewables have enough potential to satisfy a vastly increased power demand from within the country itself, offering maximum energy security.

It is also a great opportunity for those who have spent the last decades waiting for grid power (mostly in villages) or face highly unreliable grid power (in many cities and industrial hubs). Solar, especially, and storage now put the power into the hands of consumers through distributed, end-user solutions. In future, if the government won’t fix it, consumers will do it themselves.

For global businesses and investors, renewables in fast-growing developing countries represent perhaps the largest energy opportunity anywhere. There is a readiness to work with global capital and know-how. Many developing countries are comparatively accessible markets.

Appreciate CleanTechnica’s originality and cleantech news coverage? Consider becoming a CleanTechnica Member, Supporter, Technician, or Ambassador — or a patron on Patreon. Don't want to miss a cleantech story? Sign up for daily news updates from CleanTechnica on email. Or follow us on Google News! Have a tip for CleanTechnica, want to advertise, or want to suggest a guest for our CleanTech Talk podcast? Contact us here.
In this article:Africa, China, Climate Change, green growth, India, Sustainable Development 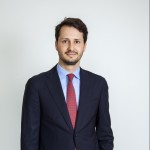