Brian Kent is a Nissan LEAF owner who is about to embark on a negative-carbon US road trip to all 48 contiguous states. (You can help fund the cause via that IndieGogo link.) He has written an excellent 4-part series for CleanTechnica and our sister sites EV Obsession and Gas2 on “going electric.” In this third piece, Brian discusses weighing the costs and benefits when considering whether or not to buy an electric car, a conventional hybrid, or a relatively efficient gasoline-powered car. Enjoy the article, and share it with friends! See part one here and part two here.

Off the lot, those were the costs. Though, I was taking another risk also: the risk that it wasn’t going to work for me and that I’d face a whole lot of “told you so’s” from family and friends. Thankfully, I’m not very socially timid (not in that way)—so peer pressure and the corresponding pressure to go mainstream with one of the biggest financial decisions in my life wasn’t particularly scary for me.

Finding the car I wanted was more annoying than I’d have liked. I wanted a base model with just the optional fast charger—which at the time was about a $1,300 option. I looked far and wide for one—also wanting it to be red “just because.” I endured bait-and-switch disappointment from half a dozen dealers, and promises of shipping one in “for only $500 more” from about half a dozen others. I was planning on paying about $23,000 out the door for it—an ambitiously low price for a Leaf at the time—though that was helped significantly by just over $8,000 in incentives that I rounded up. Ultimately, the total came to just over $23,500—but only because I was fearful of maintenance costs and put an extra $540 or so into the second-tier maintenance plan. I picked it up in Chantilly, Virginia, on December 20th on one of the coldest winters I can remember (2013.) It was built in Smyrna, Tennessee, a couple weeks before I got it, as it turned out.

Chantilly is 367 shortest-route-possible miles from my house. The charging infrastructure at the time allowed for a best path closer to 500 miles. That included Scranton (which I’d never been to) and Ithaca, home of my alma mater—so I didn’t mind the extra hundred or so miles. Still, it was an added cost.

Leaving the dealership, I immediately got on 28, then 7, then 15. I was happily motoring without any gas, and I decided to open it up on the highway. Uphill. In cold weather. It easily ran up a long, steep grade at 85, but doing that had a noticeable impact on the remaining charge. I dialed back to a more conservative 65 and made the first charging station without issue. It was the second charging station—or maybe it was the third—that caused me the most distress.

I’d been going uphill for what seemed an impossibly long time—I think it was outside Wilkes-Barre. I got a sinking feeling, because I saw the projected remaining range drop below the remaining distance I had to go, and I didn’t know where a closer spot to charge was. I hadn’t yet developed the awareness you naturally learn when you’re driving an EV.

Awareness is something you plainly develop when driving an electric car. You unquestionably become more aware of your environment. You’re more conscious of temperature, of elevation, of your speed, acceleration, and braking. You have ample power at your disposal in the form of instant torque, but you train yourself to use it more responsibly than you would if you were burning gas out of what we’ve trained ourselves to believe are endless tanks. You start to understand better what being wasteful means.

Another part of that awareness deserves mention: awareness of charging stations. You want to know where they are, because they’re not as ubiquitous as gas stations yet and they don’t stand out like so many sore thumbs. If you have a smartphone or a navigation system in your car, it’s not generally an issue. At the time of my return trip from the dealer, I had neither.

What I had was a laptop which I was periodically updating with MapQuest directions when I could pull a WiFi signal off a McDonald’s—and I was using its shortest path rather than its fastest path algorithm (more on that later.) Ultimately, I had to trickle charge for about two hours on a regular (110V) outlet at a gas station—and then made my way to the level 2 station in Wilkes-Barre after I’d had some lunch. I would guess that most gas stations you ask would allow you to do this (i.e. plug in to a standard outlet), though I’ve only had to do it twice (both times on the trip back from Virginia). Owners of gas stations don’t have that level of vested interest in gas as a fuel versus electric. Give them a couple bucks and they’ll give you $0.25 worth of power, what’s the difference? I suppose that usually they’ll give it to you for free if you ask nicely—they did for me. Clearly, I was paying the price of an early adopter in a cold rural climate at that point.

Ultimately, I got home after a longer-than-usual trip. I only had to overnight once, which helped me bank most of the $500+ in savings I made by not having it shipped. (I paid nothing for the charge needed to drive almost 500 miles). About a month later, I put a Leviton Level 2 charger in my garage ($1000—the whole of which I didn’t technically need to spend, though I wanted an excellent charger and I also wanted it put in professionally.) I’ve since logged 25,900 miles without the requirement of drawing another ounce of oil out of the ground or of pumping another kilogram of carbon dioxide into the air. Yes, there is the argument of power stations producing the power—part 4 offers some perspective regarding that ‘dilemma.’

Electric vehicles have a learning curve, as one might expect. There was a learning curve with computers, as there was for smartphones. We can’t reasonably afford to engage in the learning necessary to adjust to a planet 3 or 4 degrees Celsius hotter than the one we have now, though the temptation to pass the buck on to our children—born or unborn—is always there. Why pay when someone else can? It’s a tantalizing rhetorical question that’s been with humanity in some form for essentially forever.

The primary things I needed to learn were as follows:

The last of these is really the most important one, and what it’s led to is a more productive and less stressful life as I see it. I do plan marginally more than I did before—or rather, I’m marginally more organized in my errands and somewhat more conscious about where I will be and when. I have trended toward arriving at appointments more promptly, as a result of this. I was not the most organized person before, and I still am not now, but I can honestly say that I’m far less mentally disorganized than I was before. I am more aware of the fuel (power) that I use in driving, and I use far less power than I did before. I estimate that my carbon cost of operating a motor vehicle is about a quarter of what it was when I was driving a 38 mpg 1999 Honda Civic DX, and this is despite that I drive, on average, more than 20% more than I did with the Civic!

In short, I’ve had to make some adjustments to my life, but I’m afforded the ability to drive further than I was before at a lower cost and all the while I’m doing less damage to the environment. I don’t really need to be ‘sold’ on EVs more than that. If I can put 16,000 miles a year on the Leaf with relative ease, then it strikes me as a strong possibility that the reason more people can’t do the same is not because the car can’t fit their lifestyle but because they’re unwilling to accept that it can. The point-by-point summary below shows this in abundantly obvious form.

An important point to note is that charging infrastructure varies widely, and thus some states tend to be much more EV friendly than others. This is true down to the metro area you live in—you still cannot merely compare your annual average driving to mine, for example, and conclusively know what sort of success you’ll have. You should look at your home area’s charging infrastructure and see where the level 2 and level 3 chargers already publicly exist. It’s part of the effort necessary to own and enjoy these incredibly clean and efficient cars.

[In the fourth and final part of this series, I’ll discuss the carbon cost of electricity production: “From ground to sky, or from sky to ground? You decide.”] 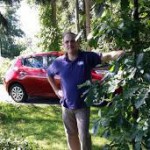