Below is an article I wrote a few months ago for CostofSolar.com — the story is essentially the same today. In order to bring even more attention to this matter, I also commissioned the above video through Solar Love & CleanTechnica. Enjoy, and share with friends! People need to know how low the cost of solar now is.

What’s the cost of solar today? Well, it depends a great deal on where exactly you are located, but no matter where you’re located, I’d bet that most of you have a cost of solar in your head that’s 2–100 times greater than the actual cost of solar power. Read on for an explanation….

One of the things I majored in for my bachelor’s degree (a long time back) was sociology. I think one of the key lessons I learned in those four years was that we are not exactly rational beings (okay, I guess I had a sense of that beforehand). Societal theories and economic models based on the idea of humans making completely rational decisions simply don’t work. There are a lot of different reasons for this, but one huge one is that we often don’t have all the information we would need in order to make a rational decision.

In a related manner, something I’ve learned in my several years reading and writing about clean energy is that the average person has a price of solar power or price of wind power in their heads that is at least a few years old, sometimes even many years old.

No criticism from me — I know how busy modern life is! It’s often hard to make time even for the essentials. If you’re not working and living in the clean energy arena, you probably don’t feel like you have time to practice your clean energy free throws (i.e. keep up with the price of different energy technologies).

But energy is a huge deal. It’s most likely a big portion of your monthly expenditures. And it has a transformational effect on the world we live in. But we won’t get into all that today — let’s get into the fun stuff! I’m going to catch you up on some tremendously awesome news about solar power.

First, however, to make one of my points, I need to give you a short briefing on some wind power facts. (I know, this is getting complicated — just stick with me.) On average, a Bloomberg New Energy Finance study has found that people think wind power is about twice as expensive as it actually is.

Unfortunately, I’m not aware of a similar study on solar power. But I think this is still very useful for solar power for a few reasons. To get to those, we have to ask, “Why do people think wind power is so much more expensive than it is?”

From my experience covering this topic for years, I have a few ideas: 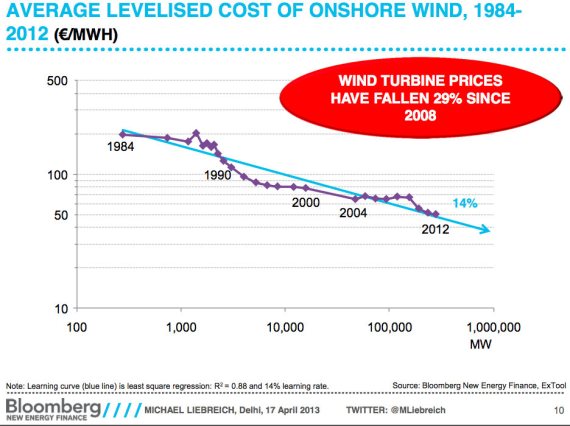 However, the even bigger news is that the two points above apply to solar power even much more than wind power!

Solar power prices have fallen off a cliff in recent years. Check out these graphs: 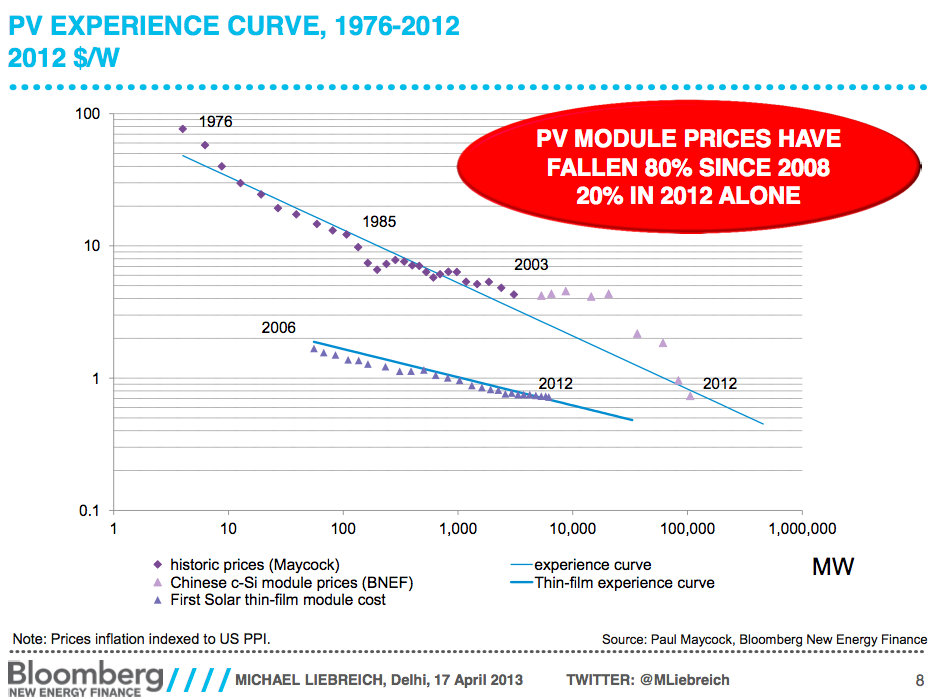 Did you get a solar quote back in 2008? If so, it’s probably quite a bit higher than it would be today. Maybe it’s time to check again?

But while we’re at it, let’s not forget the political and media coverage. Either through simple lack of awareness, or something more nefarious, many politicians and members of the media repeatedly assert that solar power is “so expensive.” They’ve got outdated information in their heads. Don’t listen to them. Check the numbers for yourself. And, very importantly, share this information with your friends and family so that they are not tricked by outdated information and misinformed media professionals and politicians.

I think the points above are quite interesting and informative. But there’s a lot more to say about the cost of solar. Stay tuned to our site (Cost of Solar), as we’ll be delving into that much more in the days and weeks to come.

In this article:cost of solar, solar prices