As a part of Abu Dhabi Sustainability Week, CleanTechnica was invited to attend the 2013 Zayed Future Energy Prize awards ceremony held at the Emirates Palace on January 15, 2013.

The Zayed Future Energy Prize, managed by Masdar, reflects the great vision of the late founding father and former president of the United Arab Emirates, Sheikh Zayed bin Sultan al Nahyan, who instilled a passion for sustainable development and environmental conservation into the national strategy and history of the UAE.

The Crown Prince of Abu Dhabi, Mohammed bin Zayed Al Nahyan, regarding the Zayed Future Energy Prize, this year stated: “We believe that investing in people is the future of our collective prosperity. Through the Prize, we are not only recognising tremendous achievement, but also providing support to help accelerate promising technologies and fund organisations, schools, and individuals committed to impacting communities around the world.”

The President of the Republic of Iceland and Chairman of the Zayed Future Energy Prize Jury, Olafur Ragnar Grimsson, said: “The winners tonight show that change is possible, that vision and innovative thinking hold great promise for us all through practical endeavours. These winners are indeed the true heirs to the legacy of Sheikh Zayed.”

The Zayed Future Energy Prize was awarded in five categories:

The Spirit of The Zayed Future Energy Prize

The awards ceremony was a great culmination of a year-long, four-stage evaluation process. Nominations were activated in January 2012 through a global campaign. Nominations were then closed in July 2012 with a record 579 applications from 88 countries, which was a remarkable increase of 36% compared to last year. From 579 entries, 50 were selected in the 2nd stage. In the 3rd stage, the list of candidates were narrowed down to 24 finalists. In the final round, the prominent jury selected 8 winners.

In the Large Corporation category, Siemens (a German multinational electronics and engineering company) was recognised for its continuous presence in the Middle East region providing and implementing sustainable solutions, and for its great efforts in raising environmental awareness and advancing renewable energy.

US-based d.light won the award in the SME category, for manufacturing and distributing solar lighting and power products to the developing world, particularly Africa. The company provides households and small businesses with safe and affordable access to off-grid light and power in Africa.

In the NGO category, Ceres (a US-based non-profit organisation) was the winner. The enterprise encourages companies to reduce their carbon emissions and take actions towards creating and expanding the clean energy economy.

Dr Jose Goldemberg, a professor of Physical Sciences at the University of Sao Paulo and a former Brazilian Secretary for the Environment, was honoured with the Lifetime Achievement Award. Dr Goldemberg introduced the Brazilian Energy Initiative, which called for 10% renewable energy worldwide by 2010. He was a co-author of one of the first papers on sugarcane ethanol and its energy life-cycle analysis, as well as co-author of the book Energy for a Sustainable World. He’s also known for coming up with the term “technology leapfrogging” — in particular, when it comes to economic development.

CleanTechnica Director Zachary Shahan talking with Dr Jose Goldemberg, a professor of Physical Sciences at the University of Sao Paulo and a former Brazilian Secretary for the Environment, who was honoured with the Lifetime Achievement Award. (Photo Credit: Marika Krakowiak / CleanTechnica)

President of Iceland, Olafur Ragnar Grimsson, talking with Dr Jose Goldemberg, a professor of Physical Sciences at the University of Sao Paulo and a former Brazilian Secretary for the Environment, who was awarded the 2013 Zayed Future Energy Prize Lifetime Achievement Award. (Photo Credit: Marika Krakowiak / CleanTechnica)

This year, the Global High School Prize category was introduced to recognize and encourage young people to include sustainability and energy initiatives into their schools. Schools from four regions were honoured for their projects on renewable energy, energy access, and energy efficiency.

We were really touched by the stories of all the schools, because it’s really heartwarming and inspiring to see how some of those in the younger generations think so passionately and proactively about global environmental issues as well as their surrounding environment. The schools/students that made it to the final were impressively focused on addressing global climate and energy issues by improving their own actions and technologies. It must have been hard choosing the winners.

Secundaria Tecnica 120 School (Cuernavaca, Mexico), representing the Americas region, was honoured for its project on using renewable sources, such as a biogas digester, solar panels, and energy efficient bulbs to upgrade the school’s water, power, and heating.

From Europe, Okehampton College (UK) was selected for its plan to install two wind turbines and a biomass heating unit, which will lead the school to becoming energy self-sufficient.

From the Asian region, Sheikh Khalifa bin Zayed Bangladesh Islamia School (Abu Dhabi, UAE) was honoured for its proposal to introduce rooftop solar panels and batteries in order to provide continuous solar power for the school. Moreover, the school plans to become carbon neutral through innovative methods, such as passive cooling.

Kirya Secondary School (Tanzania) was recognised in the African region for its proposal to raise awareness in environmental learning centers and reduce the school’s ecological footprint by using wind, solar, and biogas power.

Overall, the awards ceremony was a tremendous experience. It was held in a luxury hotel incomparable to any we’ve ever seen, the Emirates Palace Hotel. In particular, the ceremony was in the theater-style auditorium. It felt like the Academy Awards of renewable energy. It was an impressive event that I think instilled in us all a greater reverence for the environment, a greater understanding of the UAE and its environmental heritage, and appreciation for the companies and people leading the way in renewable energy. One key theme throughout the event was that change is possible, and innovation is a critical component of that. I think that is something CleanTechnica fully agrees with and promotes.

For more content from CleanTechnica’s trip to Abu Dhabi, check out our archive pages for Abu Dhabi Sustainability Week, the World Future Energy Summit, and/or the International Renewable Energy Conference.

Full Disclosure: my trip to Abu Dhabi Sustainability Week was partially funded by Masdar. That said, I was completely free to cover what I wanted throughout the week, and at no point did I feel under pressure to cover any specific events or Masdar in any particular way.

Appreciate CleanTechnica’s originality and cleantech news coverage? Consider becoming a CleanTechnica Member, Supporter, Technician, or Ambassador — or a patron on Patreon. Don't want to miss a cleantech story? Sign up for daily news updates from CleanTechnica on email. Or follow us on Google News! Have a tip for CleanTechnica, want to advertise, or want to suggest a guest for our CleanTech Talk podcast? Contact us here.
In this article:abu dhabi, Africa, d.light, Jose Goldemberg, Mexico, Siemens, Tanzania, UAE, Zayed Future Energy Prize 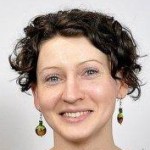 Marika graduated from the University of Wroclaw (Poland) in the faculty of Geography with a specialization in Social and Economic Geography. During her master's studies, she did a semester abroad at the University of Groningen in the Netherlands. She loves live music, vegetarian cuisine, nature, traveling, and meeting new people. Her life motto is: "Be happy for this moment, this moment is your life."