Editor’s Note: This post is a guest contribution by Frank Sesno, Emmy-award winning journalist and former CNN Washington Bureau Chief. “Planet Forward” is an innovative, viewer-driven program driven by the power of ideas, as citizens make their case for what they think about the nation’s energy future. The show debuts on the web first and then moves to television, in a primetime PBS special on April 15th.

I’ve been in the media for a long time. I know the power we have to reach and to teach.  We can take people places they’ve never been, show them wonders – and horrors – to inform or motivate. Good, important stuff. Of course we also drive people crazy. Critics shout that too many in the media are too removed, too insular, too quick to talk and too slow to listen. Too much is dumbed down or shouted out.

So when we created Planet Forward, we wanted to do something different. We wanted to take this huge issue facing us — how we move to a sustainable, 21st century approach to the energy we use – and explore it in a way that is open, inclusive, creative and smart. We wanted to combine the power of the internet and the reach of television to bring together citizens, experts and decision-makers in a place where imagination and ideas would prevail. Sure, serious business — but also spontaneous and fun and unexpected.

Planet Forward starts online and works its way over to television. We invite people to submit a video, an essay, a photo spread, whatever works.  We say show us your ideas, your invention or what your community’s working on. Share your research. Talk technology. Tell us how attitudes are changing. 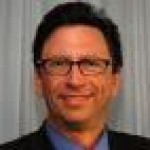