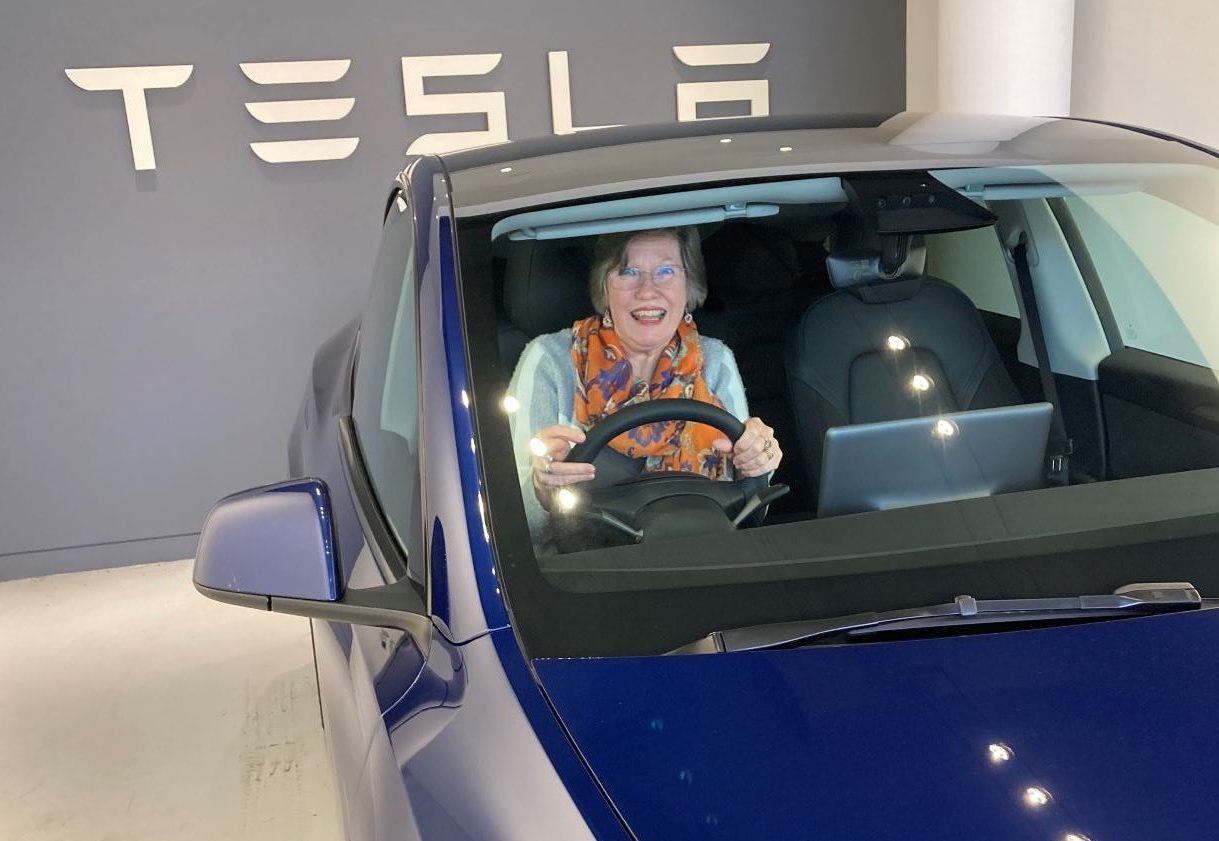 When you are watching a transition closely, you can see, hear, and smell the changes as they take place. Those who don’t will wake up one morning and suddenly notice that there are more electric cars on the road, the roads are quieter, and the smell of the air is so much sweeter. Pointing out the changes as they occur is called the “news of difference.” However, some people still do not see (Toyota might be one of them).

But, when will it make a difference?

It is hard to find a simple definition of the theory of “news of difference.” This is the best I could do: “In practice, the therapist starts from the clients’ view, but then builds on this, and co-evolves another description by introducing new ideas. This becomes effectively a new description, is in contrast to their original view, and creates ‘news of difference’ from which new responses can unfold.”

As a teacher working with students struggling with print text, I could encourage them by showing them the difference in their attainments from one term to another — at one time, even piling up the books one student had read to make the point that they were working hard and had made progress. That’s why I love the charts showing the progress of EVs and renewable energy. Paul and his BYD E6. Photo courtesy of Majella Waterworth.

These thoughts are percolating through my head after a visit to the local bottle shop. No, it wasn’t the wine, it was the perceptive question of the man behind the counter. We had spent the afternoon exploring new infrastructure near our home in northern Brisbane, Queensland. We visited the newly opened BP Pulse chargers and were at a shopping centre that had built shade with solar panels over the carpark. That’s a difference. He was curious why we were taking photos of the carpark. I mentioned CleanTechnica and pointed to my Tesla, and he asked: “When do you think it will make a difference?” We talked of Norway and the fact that even though over 90% of new cars sold in Norway are EVs, there’s still a majority of diesel and petrol cars on the road. “Ten years,” I offered.

Perhaps I should have been finer grained in my response. The news of difference around EVs in Australia might include the fact that we now see so many more electric cars on the road. Electric cars are mentioned in mainstream media, sometimes positively. The huge influx of Teslas, BYDs, and MGs at the end of 2022 are hard to not see — in carparks and on the highway. Though, I am sure that the majority of the population doesn’t notice them, or have no idea what they are. Teslas and BYDs are quite distinctive, but other EV models look the same as their petrol counterparts. No chargers yet under the solar canopy. Photo courtesy of Majella Waterworth.

The difference to each individual EV owner is immediate and profound. Although buying my Tesla emptied my wallet, the combination of rooftop solar (already installed) and not buying petrol has been slowly filling it back up again. Driving is quiet and less odorous. That’s different. The rooftop solar saves me from bill shock every time I get my electricity account. Slowly, my Tesla is becoming less of a rainbow-farting (no CO2) unicorn (doesn’t really exist) and more of  a “normal car.”

The solar roof at the shopping centre may not make much difference to the shoppers, but I am sure management will be saving a great deal on their power bills. And if customers look up when they exit their cars, they will be able to tell the news of difference.

This year we will attend another 10 EV events at regional centres along the Queensland coast and share the news of difference with hundreds of curious people. The difference: cost savings, fun driving, and a healthier environment.

Fossil fueled cars produced today are designed to last 15–20 years. Some will definitely last longer, and repair shops will do well as they come to the end of their lives. It will be many years before EVs outnumber oil burners, but gradually they will.

There will be changes in the ecosystem around fossil fueled cars. Gradually, some small repair businesses will contract, servos will change into convenience stores, people’s behaviours will change. Micro changes at first, and then slowly accelerating. Language may change — we won’t fill up the tank, step on the gas, or be running on all four cylinders. But then again, we still measure in horsepower.

How long before the air is clearer, the school pickup areas are not surrounded in diesel fumes from huge SUVs, and there is a reduction in respiratory diseases? It will be a while yet. In the meantime, I celebrate each new charger that is opened, each new solar panel that is installed, and I tell whoever will listen about the news of difference.

Don't want to miss a cleantech story? Sign up for daily news updates from CleanTechnica on email. Or follow us on Google News! Have a tip for CleanTechnica, want to advertise, or want to suggest a guest for our CleanTech Talk podcast? Contact us here.
In this article:EV adoption, EV transition Does increasing the number of electric vehicles (EVs) on the grid actually result in lower utility costs for all customers? That is just what... Since the official launch of its Dealer Community Charging Program in late 2021, GM has enrolled nearly 1,000 GM dealers in the program, which...