In the early 2010s, Kerry Strout Grantham trekked along Maine’s Appalachian Trail — not to find moose or loons or to forge rivers or brave the 100-mile wilderness (though she did all that, too). Instead, she hiked and paddled to find other hikers and to ask them a few questions about a very different kind of energy than they had been using to scramble over Maine’s chaotic, boulder-filled trails.

“What do you think about wind turbines in the mountains?” Grantham would ask.

And what did she learn? “That thru-hikers are really stinky,” she said. “You had to position yourself upwind.” Kerry Strout Grantham grew up near (and in) the ocean, scuba diving and swimming at all hours except at dawn or dusk when great white sharks hunted seals in Cape Cod’s waters. Now, she is helping other coastal communities harness the ocean’s power and transition to clean energy. Photo from Kerry Strout Grantham courtesy of NREL

She also learned, by trading some popular peanuty candy bars for information, that the hikers had seen all kinds of renewable energy on their journey, including hydroelectric facilities, wind turbines, and solar panels. And they were, in general, happy about it. Locals, on the other hand, were not. “It was their home,” said Grantham, who has spent over a decade studying this murky gulf between people, renewable energy, and the environment.

As of March 2022, Grantham is the coastal energy systems lead at the National Renewable Energy Laboratory (NREL), where she is taking her “whole career to the next level,” she said.

Though she is working at the same community–technology gap, Grantham is now focusing on marine energy technologies, which create clean energy from ocean and river waves, tides, and currents. And instead of stinky thru-hikers, she is partnering with coastal, island, and remote communities that do want to bring these newer renewables home but are unsure how, exactly, to make that happen.

This work, more than any that came before, connects Grantham back to her own coastal home in Massachusetts’ Cape Cod. “As a kid, I wanted to be either a hairdresser or a marine biologist,” she said. Growing up in Falmouth, Grantham was surrounded by ocean — and scientists. She attended the Woods Hole Children’s School of Science, mere steps from the ocean and from some of the top ocean scientists at the Woods Hole Oceanographic Institution.

But when Grantham’s dad gifted her a scuba-diving lesson when she was 16, her interests shifted away from hair and deeper into the ocean.

She earned her scuba-diving certification after high school and started leading shark dives for tourists and training for search-and-rescue missions on Saipan, an island in the Pacific Ocean. Even then, Grantham’s love for the ocean was paired with a hardwired curiosity about people — ironically, a trait associated more with chatty hairdressers than introverted scientists.

After her undergraduate studies — at Northern Marianas College and the University of Southern Maine — Grantham realized she preferred that people-centric work.

“I soon found that I don’t love being in the lab,” she said. “I have always had more success connecting with people.” And in environmental science and policy, she discovered she could pursue science and community work at the same time. “It’s at the intersection of the environment and humans,” Grantham said. “I’ve always found that fascinating.”

Even though she grew up hearing pro-development rationales from her father (who was in construction), Grantham saw a need for a more careful, nuanced approach to human expansion.

“Humans need a place to go and grow,” she said. “How can we do that and protect our environment?” For decades, Grantham has used her background in environmental science and policy — and a master’s in resources management and administration from Antioch University New England — to help balance both human and environmental needs. So far, she has helped protect Maine wetlands and conduct surveys with, for example, those Appalachian Trail hikers to understand varying perceptions of renewable energy. She also worked to ensure clean energy projects, like the installation of a device that generates clean energy from river currents in the remote Alaskan village of Igiugig, can both serve communities and coexist with their surrounding wildlife and ecosystems.

“You have technology developers with an idea. You have regulators trying to protect humans and the environment. And you’re trying to negotiate your way between those two very strong forces,” Grantham said. “I got to facilitate these conversations and figure out: How do you manage the pressure for growth and development while hanging onto our most precious natural resources?”

In Igiugig, Alaska, Grantham, then working for Ocean Renewable Power Company, helped the village council secure a license for their river current energy device, making them the first tribal entity to hold such a license. There, she met NREL’s Levi Kilcher, who is amazing, Grantham said, and was there to provide guidance on the technology side.

“At the time, I loved what I was doing,” she said. “I loved the industry, but I wanted a broader exposure.”

At NREL, Grantham partners with communities, researchers, and technology developers across the United States. Many remote, rural, island, and coastal communities, for example, are eager to transition to clean energy with help from marine energy and other renewable energy technologies. For some communities, that transition might feel like a necessity, but it can also be complex, mysterious, and expensive.

That is why Grantham, along with Katie Arkema at the Pacific Northwest National Laboratory, is designing a guide called the Deployment Readiness Framework. The Framework will help the U.S. Department of Energy’s Water Power Technologies Office design practical tools and methods to usher communities through their clean energy transitions with help from marine energy.

“These transitions are slow. They have a lot of moving parts, and there are a lot of real problems to grapple with,” Grantham said. “But I am ever hopeful.”

Learn more about how NREL’s experts are helping advance marine energy. And subscribe to the NREL water power newsletter, The Current, for the latest news on NREL’s water power research.

Originally published on the NREL. By Caitlin McDermott-Murphy.

Don't want to miss a cleantech story? Sign up for daily news updates from CleanTechnica on email. Or follow us on Google News! Have a tip for CleanTechnica, want to advertise, or want to suggest a guest for our CleanTech Talk podcast? Contact us here.
In this article:National Renewable Energy Laboratory (NREL), Pacific Northwest National Laboratory (PNNL) 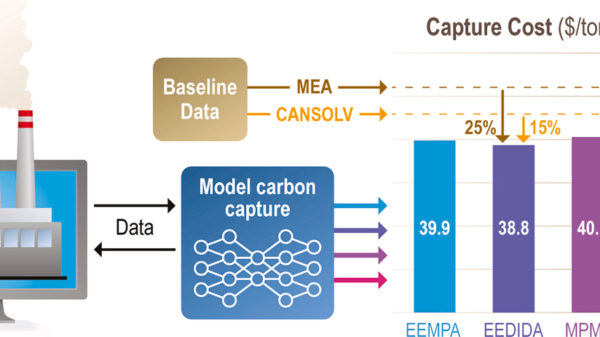