The interior of a Tesla Semi. Photo courtesy of Tesla.

Tesla delivered its first batch of Semis to its commercial customer PepsiCo, and beyond being a big deal for the automaker, it represents major changes to come in the hauling industry. The Tesla Semi could help prove to consumers and commercial customers that batteries can support heavy-cargo vehicles over long distances — an important shift to help reduce global supply chain emissions.

With around a fifth of the world’s CO2 emissions coming from transport, and 29.4 percent of that from cargo freight, the Tesla Semi could spur on important improvements for sustainable supply change, as Forbes reports. Pepsi as the company’s first customer is also significant, representing the beginning of industry-wide decarbonization efforts as many companies look to lower their emissions.

In time, electricity generation will also grow cleaner, with some countries such as Uruguay already nearing carbon-zero electrical grids. European grids already produce fewer emissions than those in the U.S., and Tesla Semi owners may also be more likely charge their vehicles from renewable energy sources. As the grid improves, so will the impacts of zero-emission hauling.

Tesla also plans to roll out a charging network of 1MW Semi Superchargers, which will offer charging speeds of up to four times as fast as a V2 charger. The automaker says it will take the Semi half an hour to charge to 70 percent of its range, or 350 miles. Tesla also plans to install solar power at its Megacharger locations to decrease reliance on fossil fuels. 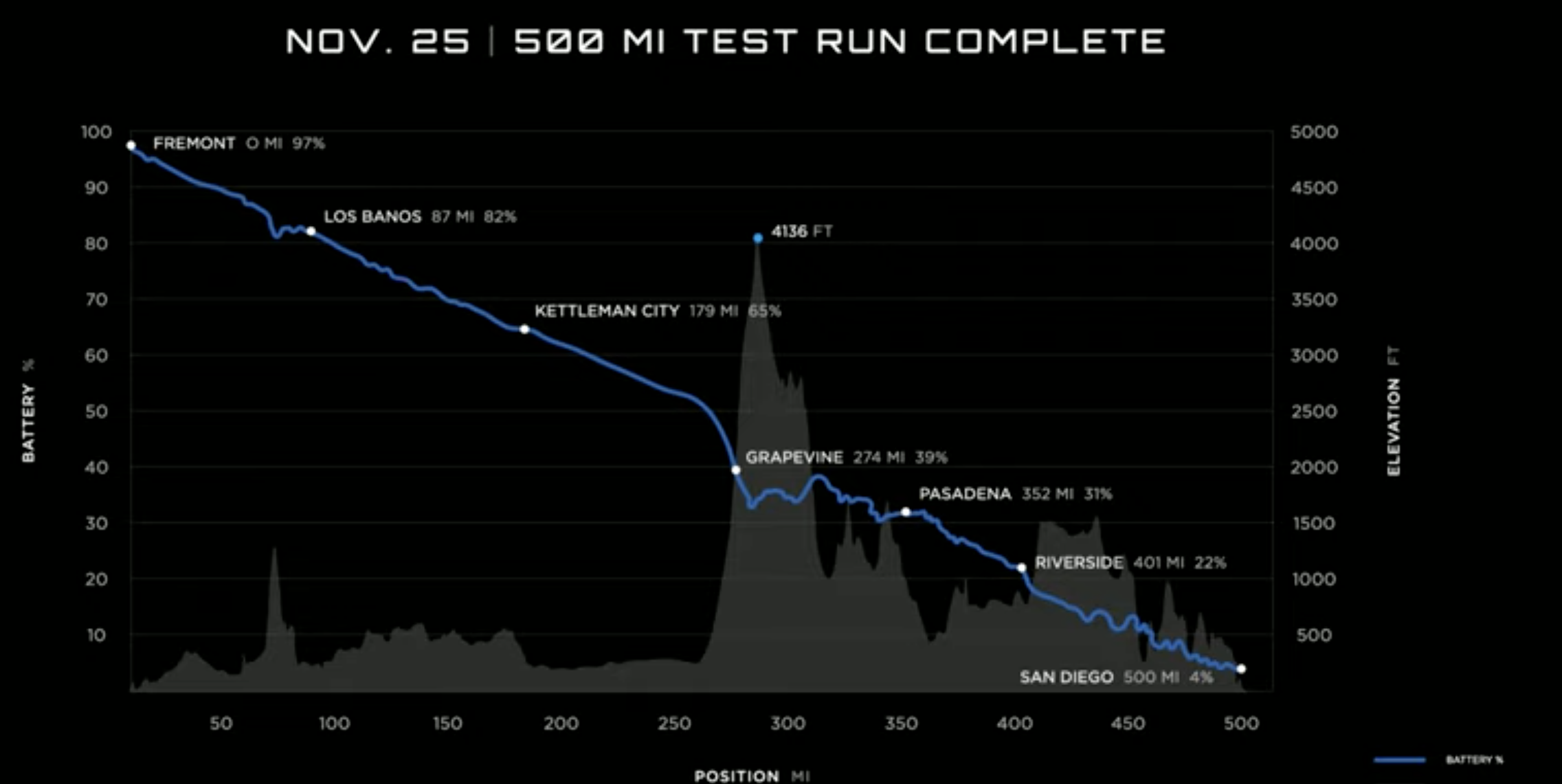 In test runs, the Tesla Semi was able to haul its maximum capacity of 81,000 lb (36.7 metric tons) of cargo a total of 500 miles, according to the company. The 1,000 kWh battery pack generates roughly half a mile per kWh of power, which speaks to the vehicle’s efficiency considering how heavy it is when full.

Beyond helping the transportation industry shift toward higher efficiency and lower emissions, the Tesla Semi also includes smart features set to make the lives of truckers easier. It includes Autopilot, a comfortable and unique central driving position, multiple sensors and cameras to aid reversing and low-speed maneuvers, and the classic touchscreen that has become a standard in the company’s vehicles. Pepsi’s experiences with the first batch of Tesla’s Semis will be telling, and we can likely expect continued decarbonization from the hauling industry in the coming years.