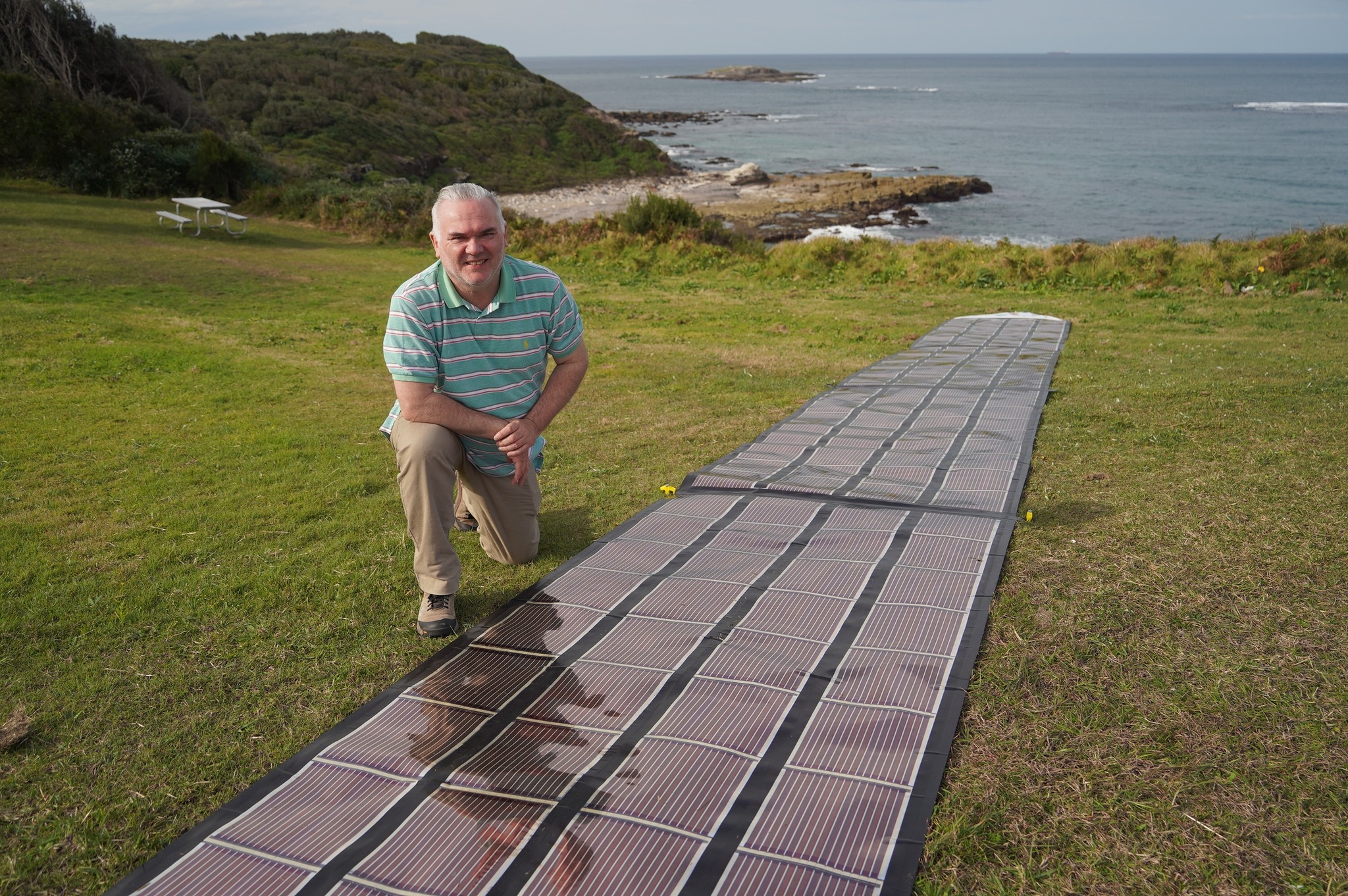 What is the best way to field test printed solar panels? After 20 years in development in the lab at the University of Newcastle, it was decided to invite Stuart McBain to drive 18,000 km around the coast of Australia for 3 months and really put them to the test. Stuart was the obvious choice for a driver. He had already driven around the coast of the British Isles and the coast of Iceland. This was to make the point that there is no range anxiety when you plan well. “It can be a bit of a laugh actually,” he told me.

When he was initially approached, Stuart was at home in Liverpool, UK, and thought it would be a simple matter to get to Newcastle (about 300 km) for the test. Then he found out it was Newcastle, New South Wales, Australia. A bit of a longer trip. For full details, see here.

Stuart left Newcastle in Australia on the 3rd of September with a car full of rolls of panels and a support RV for the technicians and accommodation. He arrived back in Newcastle on the 22nd of November. Obviously, the charging was done during the day and then the team drove for two hours in the evenings. Stuart made the point that this is not the future of EV charging because the area to lay out the panels is huge and the charge is slow. The panels are very light and can be rolled up and stored in the boot of the Tesla Model 3 with the back seats down. As well as testing out the panels for the University of Newcastle, Stuart was keen to inspire young minds to study STEM subjects (science, technology, engineering, and maths). The team visited 50 schools during the trip, rolled out the panels on the school ovals (they take up 400 square meters), and shared their enthusiasm. Students were able to speak with the university professors back in Newcastle via a live link, to play STEM-based games and have their hundreds of questions answered. 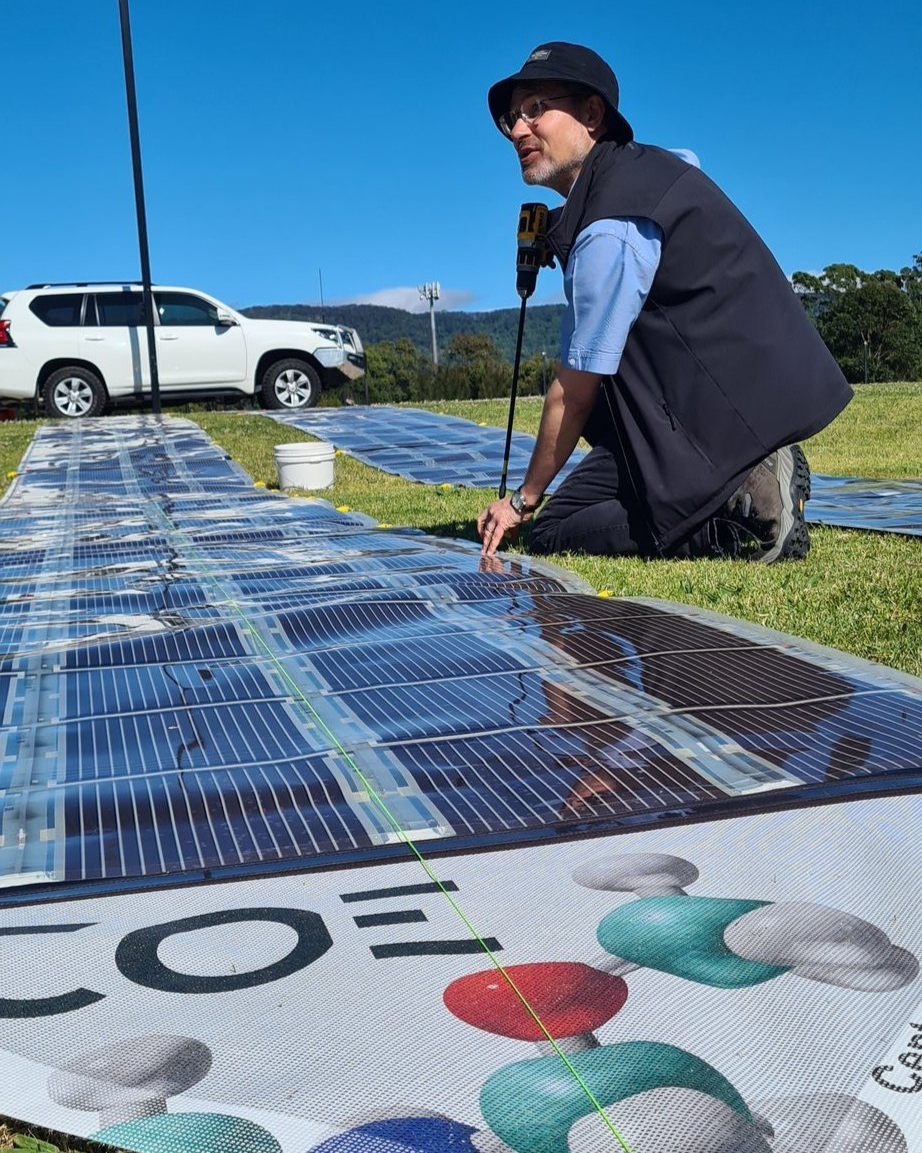 The University of Newcastle professor pegs down the panels.

At one school, there was concern that the panels would kill the grass on the school oval, so they were pegged out on the bare red earth. The heat generated by the sun created a mini weather event. The air on top of the panels got really hot while the air around the panels was cool. A willy willy vortex formed and tore the panels from their moorings. A section of panel — 1.2 meters wide and 18 meters long — rose into the air and was damaged. The team had to stick it back together with tape and soldering irons. It took them two days in the dining room of the local roadhouse.

Thanks to EDEA and all the other sponsors. The team and sponsors.

I’ll let Stuart have the last word. “We’ll be heading back to the UK later this week with fond memories and something up our sleeves for the next solar adventure.” Would he do anything different? Perhaps more proactive planning. Cheers, mate!

Don't want to miss a cleantech story? Sign up for daily news updates from CleanTechnica on email. Or follow us on Google News! Have a tip for CleanTechnica, want to advertise, or want to suggest a guest for our CleanTech Talk podcast? Contact us here.
In this article:Australia, New South Wales, printed solar panels, University of Newcastle