Reuters reports that four unnamed Tesla insiders claim the company has been working behind the scenes to improve the Model 3 by simplifying the production process. The changes will reduce the cost of manufacturing the cars, which could lead to lower prices for consumers and/or higher profit margins for the company.

The Model 3 refresh program is known internally as the Highland Project, and the sources say it is focused on reducing the number of components and complexity in the interior of the Model 3 while enhancing the features that Tesla buyers value, particularly the center touchscreen. While the Model 3 had the long-range, semi-affordable electric sedan space all to itself when it was introduced five years ago, it now faces significant competition, especially in China where companies like BYD, Nio, and XPeng are rapidly bringing competitive electric sedans of their own to market.

In the US, Hyundai has just introduced its all new Ioniq 6 sedan, a car that represents a serious challenge to the existing Tesla Model 3.

The sources tell Reuters the revamped Model 3 will go into production at Tesla’s factory in Shanghai in the third quarter of 2023, and later at the Fremont factory in California. The Highland Project emphasizes Tesla’s approach to vehicle development, which seeks to remove complexity in the production process to lower manufacturing costs. Does that mean the revised Model 3 will use castings instead of stampings? Maybe. Structural battery packs also reduce production complexity.

Tesla, of course, refuses to speak except through Elon Musk’s tweets, so anything is possible. Those casting are being used in some of the company’s Model Y cars and are said to replace over 70 individual stamped components. Fox News reports that Musk told a recent Baron Funds conference, “Over and over, we found parts that are not needed. They were put in there just in case or by mistake. We eliminated so many parts from a car that did nothing.” Musk has said his ultimate goal is to be able to cast entire car bodies as single pieces. 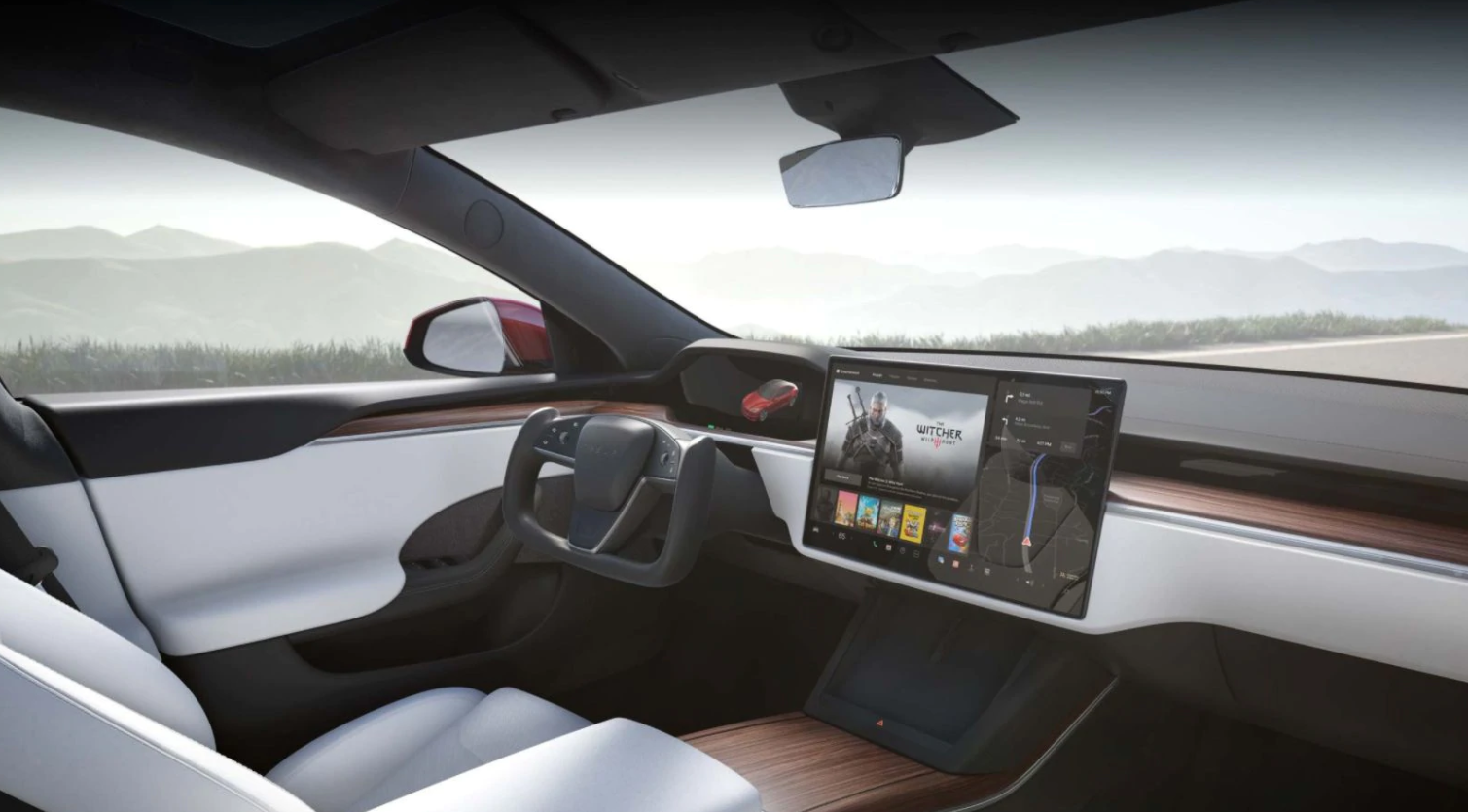 Reuters suggests the revamped Model S released last year may offer clues to what Tesla is planning for the updated Model 3. That redesign added an airplane-style yoke in place of a traditional steering wheel and removed buttons and traditional air vents as part of a minimalist interior where the centerpiece is the 17-inch touchscreen.

Ed Kim is the president of AutoPacific Group, which tracks market trends and production. He tells Reuters the current Model 3 has already been updated from the version that first went on sale in 2017 because of the way Tesla updates battery performance, information, and entertainment options through software, even though it still looks the same on the outside. (It has been updated many times now.)

“Having said that, consumers still tend to equate visual changes with newness,” he says. “Tesla knows visually tangible changes are in order. The upcoming changes that potential customers can see and feel will be very important in ensuring that EV customers still have Tesla at the top of their minds as truly excellent alternatives to Tesla are starting to flood the market.”

Tesla’s effort to simplify the production process has paid off. In the third quarter, Tesla made a profit of just over $9,500 for every car sold, compared to roughly $1,300 for Toyota, according to disclosures by both companies.

Not everyone is enthralled with Tesla’s KISS campaign. Former Volkswagen Group CEO Herbert Diess was pushing hard for an all new factory that would put many of the protocols Tesla uses in its German factory in Grünheide into practice. But Diess is out and Oliver Blume is in. Blume recently appeared to reverse course on the new factory idea — which would cost billions to implement — and suggested some tweaks to the company’s existing factories would suffice.

Clearly, Volkswagen is rethinking the wisdom of the “run around and break things” mentality that is such a hallmark of Silicon Valley tech companies like Tesla. It has been manufacturing automobiles for a long time and undoubtedly feels it knows a thing or two about how to do it right. The two approaches could not be more opposite. It will be interesting to see who is right in the long run in the pitiless arena of international manufacturing prowess.

Don't want to miss a cleantech story? Sign up for daily news updates from CleanTechnica on email. Or follow us on Google News! Have a tip for CleanTechnica, want to advertise, or want to suggest a guest for our CleanTech Talk podcast? Contact us here.
In this article:Tesla, Tesla Model 3, Volkswagen