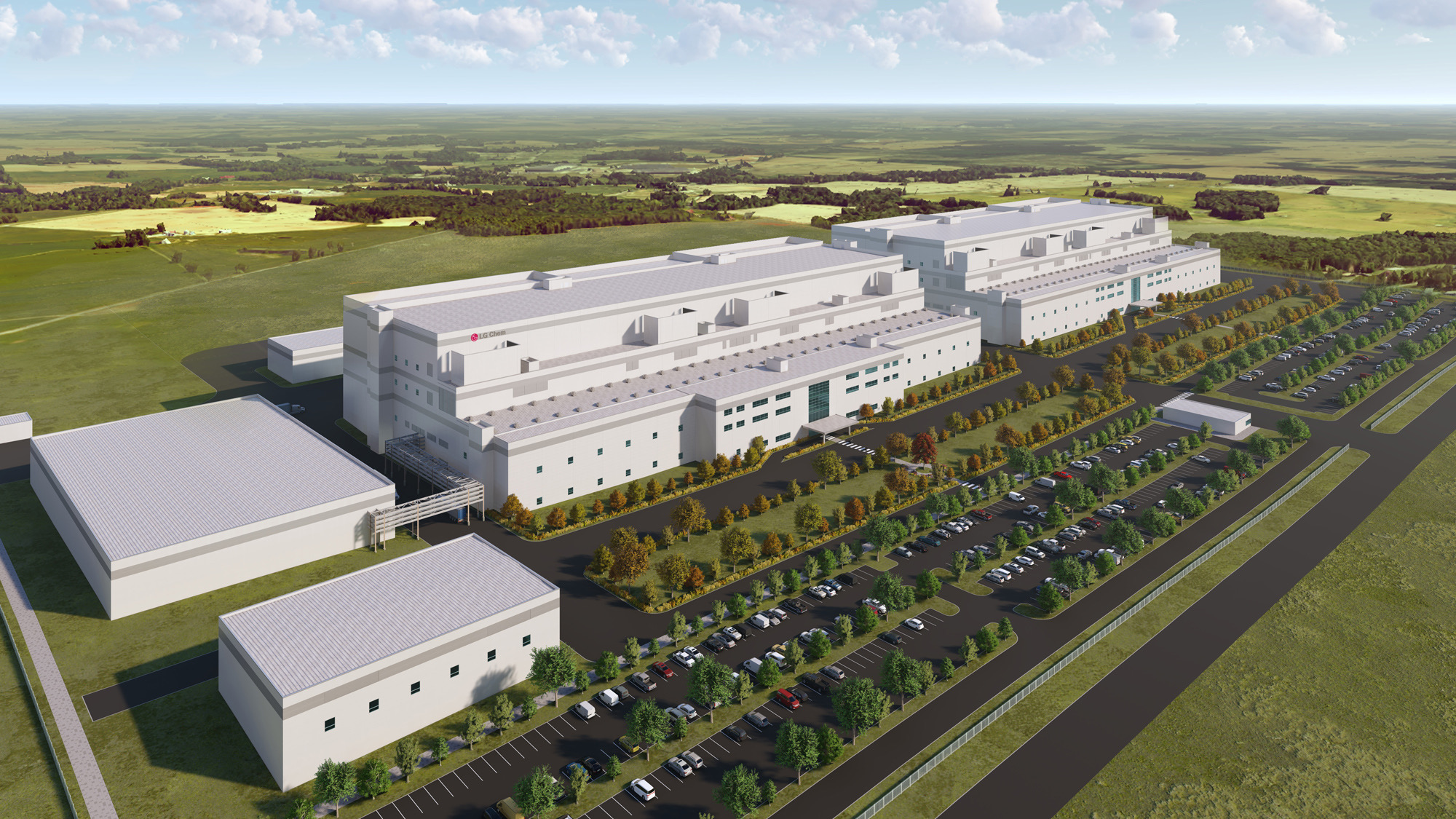 The Inflation Reduction Act continues to drive new investment in America, just as it was intended to do. LG Chem announced this week it will build a new $3 billion cathode manufacturing facility in Clarksville, Tennessee. When complete, it will be the largest factory of its kind in the United States.

The Clarksville facility will cover 420 acres and is expected to produce 120,000 tons of cathode material annually when it reaches full production in 2027. That’s enough to power 1.2 million electric vehicles with batteries large enough for a range of 300 miles or more.

Construction of the plant will begin in the first quarter of 2023, with mass production to start in the second half of 2025. The Tennessee site will play a critical role in LG Chem’s strategy to increase its battery materials business, including cathode materials, by a factor of four.

After reviewing possible locations for the new factory, LG Chem determined that Tennessee was the best choice due to its proximity to key customers and ease of transporting raw materials. The active cooperation of the state and local governments also contributed to the decision.

The company said in a press release sent to CleanTechnica that the Tennessee facility allows LG Chem to proactively address the changing dynamics of the global battery material market in accordance with legislation such as the Inflation Reduction Act.

In addition to the benefits realized by investing in manufacturing on US soil, LG Chem envisions the Tennessee site being the supply chain hub where material and recycling partners work together to supply global customers, including General Motors and Tesla. The company has already selected Li-Cycle as its battery recycling partner.

The Tennessee plant will feature LG Chem’s most advanced production technology, including the ability to produce more than 10,000 tons of cathode material per line, the highest throughput in the industry. LG Chem applied this technology for the first time to its fourth cathode manufacturing site in Cheongju, South Korea, with much success.

The company also plans to implement its smart factory technology in Tennessee to automate the entire production process and establish a quality analysis and control system that will be the benchmark for all other cathode plants in the world.

The new facility will be designed with the environment and future needs of clean energy in mind. LG Chem will collaborate with power suppliers in Tennessee to respond to the demands of customers, including battery and electric vehicle manufacturers, for more renewable energy sources. Operation of the new facility will rely completely on renewable energy provided by solar and hydroelectric power.

“LG Chem’s decision to invest USD 3.2 billion in Clarksville is a testament to Tennessee’s unmatched business climate, skilled workforce and position as a leader in the automotive industry,” said Tennessee governor Bill Lee. “I thank this company for creating more than 850 new jobs to provide opportunity to Tennesseans across Montgomery County.”

“The new cathode manufacturing facility in Tennessee brings us one step closer to becoming the world’s best battery materials manufacturer and fulfilling our corporate vision to become a top global science company,” said CEO Shin of LG Chem. “This site will be the North American manufacturing center of excellence for the cathode supply chain and lead to the creation of many well paying jobs, contributing to the local economy in Clarksville.”

The Inflation Reduction Act Is Working

The Biden Bunch wanted to boost US manufacturing in the electric vehicle sector, and the Inflation Reduction Act is making that happen. Some my quibble that NCMA batteries may not be the direction the industry is going in as more LFP batteries are being specified by several manufacturers. But if LG Chem, the second largest battery manufacturer in the world, is putting up $3 billion to build this factory, it probably has done its homework.

The good news is the jobs that are needed to make the EV revolution relevant to working Americans are starting to appear. Once communities become invested in the transition to electric transportation, some of the FUD about EVs should start to disappear. It’s hard to disparage an industry that is putting food on your table.

Don't want to miss a cleantech story? Sign up for daily news updates from CleanTechnica on email. Or follow us on Google News! Have a tip for CleanTechnica, want to advertise, or want to suggest a guest for our CleanTech Talk podcast? Contact us here.
In this article:EV batteries, Inflation Reduction Act of 2022, LG, LG Chem, LG Energy Solution, Tennessee