The Nissan LEAF was one of the first battery electric cars of the modern era. Sales began in Japan and the US in December of 2010. But the batteries in some of those early cars suffered from premature failure, particularly in hot, dry climates like Phoenix, Arizona. Unlike most electric cars, the LEAF battery is air cooled and does not have a fan to assist with cooling.

Well, once the wackos on social media found out about the problem, the internet lit up with anti-EV FUD about how the batteries in electric cars were no good and needed to be replaced after 2 years at great expense. It’s an urban legend that has been pushed vigorously by the fossil fuel companies and the stooges they employ.

Nissan got no credit for redesigning the LEAF batteries to make them able to survive hot, dry conditions. They called those second generation battery packs the “lizard battery,” but the urban legend refused to die.

Many will be amazed to learn that Nic Thomas, Nissan’s marketing director for the UK, told Forbes recently, “Almost all of the [EV] batteries we’ve ever made are still in cars, and we’ve been selling electric cars for 12 years. We haven’t got a great big stock of batteries that we can convert into something else,” he added. “It’s the complete opposite of what people feared when we first launched EVs — that the batteries would only last a short time.” 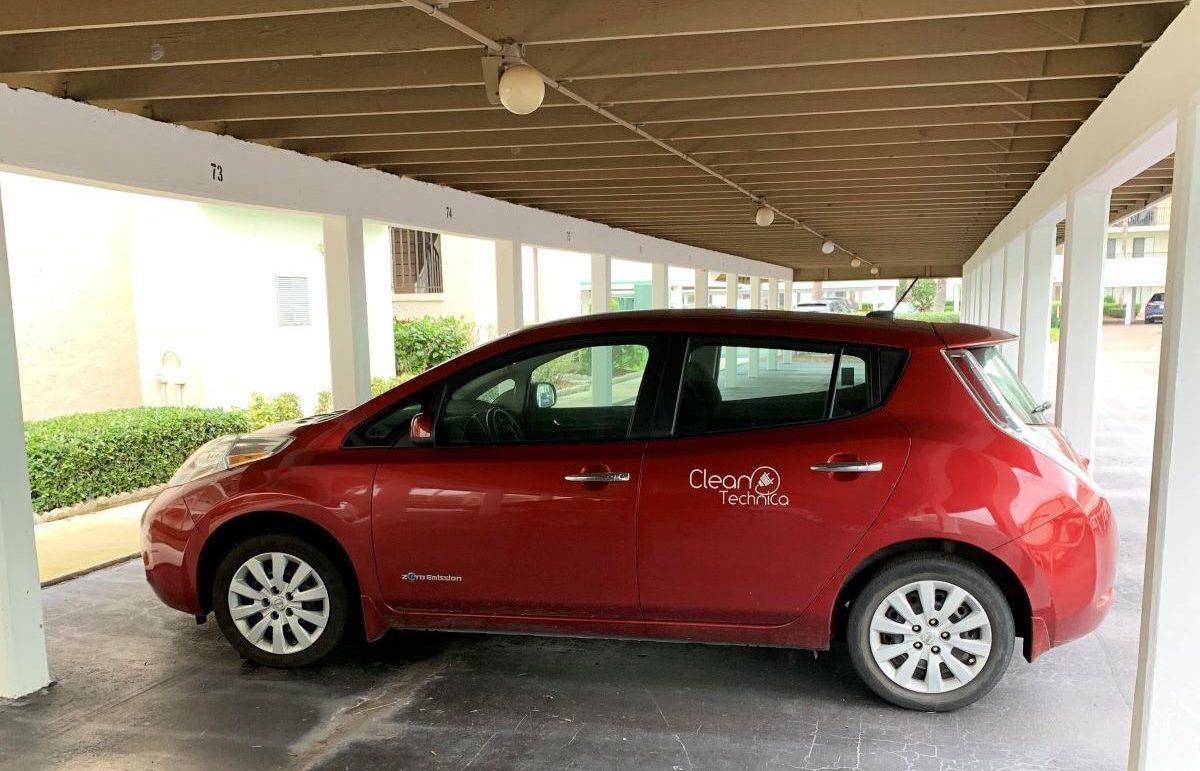 In fact, many EV batteries may outlast the vehicles they are installed in, then enjoy a second life in a stationary storage application before finally being recycled, according to EVANNEX. “At the end of the vehicle’s life — 15 or 20 years down the road — you take the battery out of the car and it’s still healthy with perhaps 60 or 70% of usable charge,” Thomas said.

“It’s more sustainable to take the battery pack out of the car after 20 years, recycle the car, and reuse the battery. By far the easiest thing to do is take the complete battery out of the vehicle, put it in a shipping container in a rack, and plug that into a solar farm.”

To date, Nissan has collected only a small number of LEAF batteries from crashed vehicles or those with warranty issues and it has supplied some of them to providers of stationary storage. Thomas says that Nissan’s new factory currently under construction in Sunderland, England, will use EV batteries to store energy from solar panels and wind turbines.

Many consumers have had the misfortune to have the battery in their laptop or cell phone die after a few years and they think the same must be true of EV batteries. But the battery packs used in vehicles have sophisticated battery management systems that constantly monitor the health and performance of the individual cells. Those digital systems keep the cells from overheating during charging, which helps to prolong battery life. Most (although not the LEAF) have liquid cooling that also helps stabilize battery temperatures.

The longevity of batteries is not good news for companies like Redwood Materials that are planning to recycle lithium batteries once they reach the end of their useful life. Before they can ramp up, they will need a steady supply of used batteries, and it may be a while before that happens. But not to worry. Battery recycling is coming.

Recycling experts told Forbes that the EVs sold in 2019 alone will eventually generate 500,000 metric tons of battery waste. [“Waste” may be a misleading term. Most of the materials inside those batteries can be recycled into new battery materials.] The IEA says that by 2040, there could be 1,300 GWh worth of spent batteries in need of recycling. Based on Nic Thomas’ comments, that estimate may be too high. The good news is that battery recyclers say they can extract up to 95% of the materials inside those batteries and use them to manufacture new batteries.

The takeaway is that no one is promising an EV owner will never experience a battery failure just as no one can say an driver will never experience an engine or transmission failure. But in the US, federal law requires all manufacturers to warranty the batteries in their electric cars for 8 years or 100,000 miles. That may be the best peace of mind there is for those who are thinking of joining the EV revolution.

Appreciate CleanTechnica’s originality and cleantech news coverage? Consider becoming a CleanTechnica Member, Supporter, Technician, or Ambassador — or a patron on Patreon. Don't want to miss a cleantech story? Sign up for daily news updates from CleanTechnica on email. Or follow us on Google News! Have a tip for CleanTechnica, want to advertise, or want to suggest a guest for our CleanTech Talk podcast? Contact us here.
In this article:EV batteries, Nissan Leaf