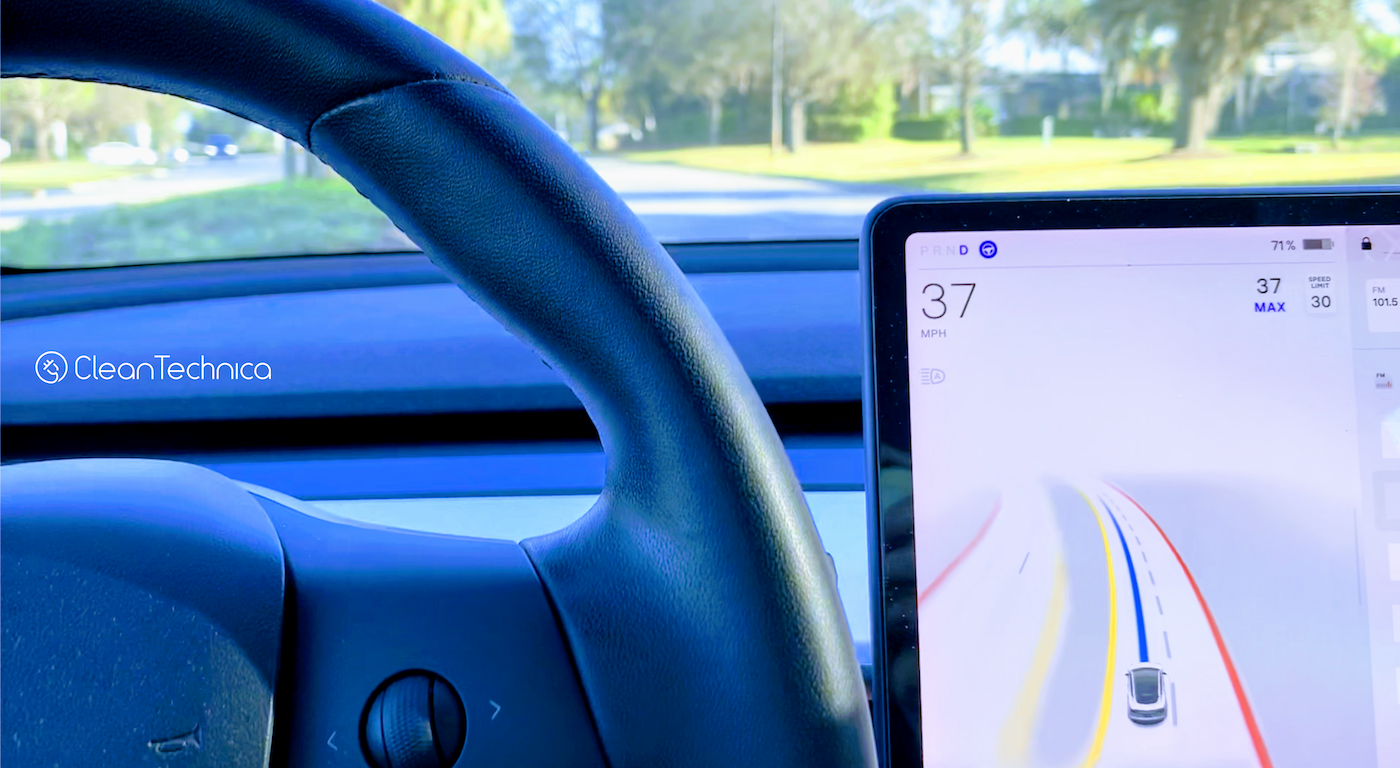 First of all, for background, note that FSD was one of my top 4 reasons for buying a Tesla Model 3, and I’d be more than thrilled if FSD got to robotaxi-level capability — and the sooner, the better. I’m also a longtime TSLA shareholder, so any claims that I’d write anything negative about Tesla to hurt the stock are laughable. Lastly, just on a pure website traffic basis, we get much more love for pro-Tesla content than anti-Tesla content — the conspiracy theory that we’d write things critical of Tesla for clicks is ludicrous. If I have any bias, it is a pro-Tesla bias from wanting Tesla to succeed in this arena. All of that said, I do try hard to look at things objectively, without bias. Our job here is to tell true and important stories in order to help society. Any critique that I have of Tesla’s FSD system is a critique I’d rather not have, but it’s not something I’m going to deny just because I’d rather it not exist. To address one more concern I’ve seen some people express, I do not at all think that my analysis here is due to impatience or any bad feelings. Elon Musk has been doing his best to guide FSD forward and to forecast its development correctly, and I’m sure that goes for the FSD/Autopilot team as well. I do not feel ripped off, and I am not at all bitter. But looking at FSD in what I think are the most realistic eyes, I just see a lot of flaws and find it very hard to see genuine, notable improvement.

I received the latest Tesla FSD Beta update (10.69.2) today and almost immediately took it out for a short drive — not because I expected much from it, but because I needed to go to the store and was going alone (so didn’t have to worry about the driving experience for any other passengers in the car). I will have to use it more to see how well it is driving in different scenarios, but just on this short trip, which was on almost completely empty suburban roads, it displayed the same problems it’s had as long as I’ve had it. It drove far too fast and jerky around certain curves, some parked cars, and some turns. It continued to phantom brake — though, nothing severe on this short hop to the store and back. (I did not experience any phantom swerving, thankfully.) It continued to use the brakes (not regen) far too much, because it drives too fast toward stop signs and red lights and waits too long to slow down. The Model 3 continued to take far too long to jerkily make some turns due to a combination of factors that somehow freak the car out and make it think for a long time (note: this does not even include intersections with moving vehicles, pedestrians, or squirrels).

But none of this surprised me or disappointed me. I stopped getting hopeful that new updates would solve these problems months ago. I never really expect notable improvement any more. I did for several months after getting FSD, but after not seeing any clear progress in that time (and seeing some new problems pop up, like the phantom swerving), I instinctively realized it made more sense to expect nothing and wait to be surprised. I also acknowledge that training a car to drive itself around smoothly and naturally is a phenomenally hard problem, especially using only cameras and software, and rapid progress could be taking place underneath the surface that I will eventually see the fruits of. Much technological progress is all but invisible up to the point of being almost disruptive. Many experts in this field believe that Tesla FSD is on that path and that anyone who thinks otherwise is massively missing the story and will pay the price for their lack of faith*. That’s the dream.

But there’s one thing that I find genuinely bewildering and a little bit infuriating.

How is it that Tesla FSD Beta can’t get in the correct lane to make a turn? Time after time, the car, which is following the navigation route it decided was best to drive, just stays in the lane it’s in and doesn’t get into the turn lane it needs to get into. This happens when the street is empty and it’s not at all hard to change lanes. It happens for right turns and left turns. It happens on slow streets and fast streets. When I got FSD Beta almost a year ago and noticed this problem, I thought, “well, that’s really weird, but surely they’ll fix this problem soon.” I also wondered if it was a problem unique to my car and the streets where I drive, but I found out that it wasn’t. What I did not expect at all is that almost a year later, the car would still just skip getting in the right lane or left lane or whichever lane it should be in to make a turn. I simply don’t understand why the problem persists. It seems that it should be an easy enough problem to solve. But, I have to admit, it’s hard to understand what the problem is in the first place. Who’s got the answer? Why, when the car has a mile of open road to change lanes before a turn, does it not change lanes?

*Note that other experts in the field see this path toward truly autonomous driving as deeply faulty and predict that it will never work. And then there are experts somewhere in the middle. The Twitter user “green” is a white hat hacker who has worked to help Tesla identify and fix bugs in its software. They see robotaxi-capable Teslas as being years away.

Waymo and now Cruise have them for quite some time now

yes (assuming we are talking about actual moving cars on public streets, not stationary/closed course demos)

Appreciate CleanTechnica’s originality and cleantech news coverage? Consider becoming a CleanTechnica Member, Supporter, Technician, or Ambassador — or a patron on Patreon. Don't want to miss a cleantech story? Sign up for daily news updates from CleanTechnica on email. Or follow us on Google News! Have a tip for CleanTechnica, want to advertise, or want to suggest a guest for our CleanTech Talk podcast? Contact us here.
In this article:Tesla, Tesla autopilot, Tesla FSD Beta, Tesla Full Self-Driving