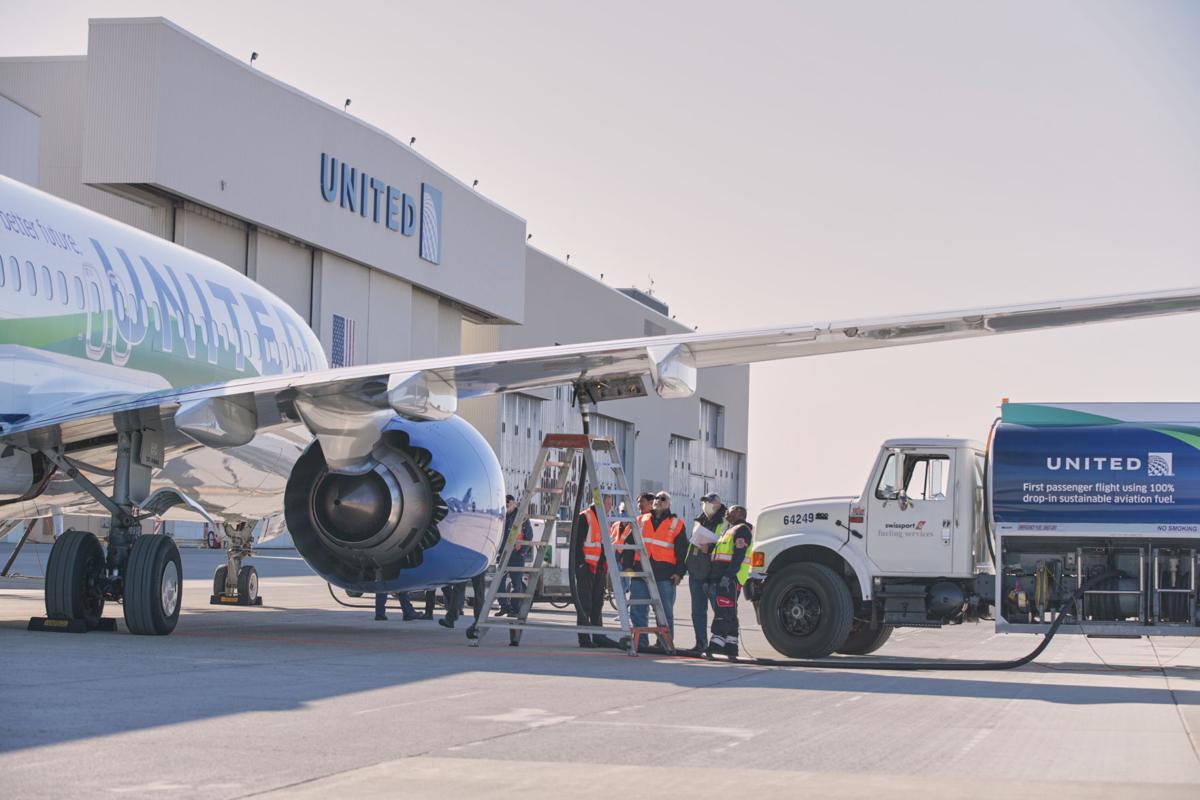 There’s a lot yet to unpack in the 700+ page Inflation Reduction Act of 2022. Some say the legislation torpedoed the EV revolution by placing so many restrictions on the new EV incentives that hardly any electric cars currently for sale in the US will qualify. That issue is still up in the air, but the bill does provide major new incentives for renewable energy, heat pumps, upgrading residential structures, and sustainable aviation fuel, often abbreviated as SAF.

Let’s be honest. Commercial and private aircraft create lots of carbon dioxide, which gets spewed out of jet engines while in flight. If the world was serious about addressing global warming, all airplanes would be grounded tomorrow. We really shouldn’t be sacrificing our earthly home for the convenience of being able to fly anywhere in the world at a moment’s notice.

But of course that’s not going to happen, so the next best thing is to come up with fuels that lower the carbon emissions left behind in our wake when we fly. The Biden administration has called for increasing SAF production in the US to at least 3 billion gallons per year by 2030. That’s nearly 100 times more than the entire world will produce this year. The Inflation Reduction Act includes two key provisions that could dramatically increase the nation’s SAF supply, according to Canary Media.

The Benefits For Sustainable Aviation Fuel

The grants will support fuel makers, airlines, and engine manufacturers in their efforts to achieve 100% SAF use during flight. Today, the amount of SAF that can be blended with conventional fuel is limited to 50%. That’s primarily because existing sustainable fuels don’t meet the industry’s criteria for jet fuels, and industry regulators want to ensure all fuels are compatible with aircraft engines and infrastructure worldwide.

The airline industry supported the sustainable aviation fuel provisions in the new law, saying the policies would spur much needed investments to reduce the environmental damage created by flying people and cargo. Commercial planes and business jets account for roughly 3% of total US greenhouse gas emissions, a share that’s on track to increase significantly  as people begin to travel more following the Covid pandemic.

Neste is exploring making sustainable aviation fuel from municipal solid waste and algae. The fuel tax credit is ​“a welcome recognition of the role SAF plays and the challenges it faces,” says Chris Cooper, president of its US division, in an email to Canary Media. Its parent company is the world’s largest producer of alternative diesel and jet fuel.

A Long Way To Go & A Short Time To Get There

Aviation fuel analysts say the R&D program will spur innovation and fuel production over the long run, but have concerns about how effective the tax credit would actually be at scaling US production from millions of gallons to billions of gallons per year in the near future.

One key issue is the law’s narrow timeline. As written in the Senate bill, the incentive only applies to SAF produced after Dec. 31, 2024 and sold before Dec. 31, 2027. That isn’t necessarily a problem for existing SAF makers, which primarily produce their fuel from hydro-processed esters and fatty acids (HEFA) — a category that includes pork fat, beef tallow, and the yellow grease collected from fast-food kitchens.

But the world only discards so much burger grease. In order for SAF to scale, producers will need to develop methods for making fuel from new materials. California based Twelve is making its ​“E-Jet” fuel from carbon dioxide that’s captured from places like pulp and paper mills and ethanol refineries. Irish startup XFuel is producing sustainable aviation fuel using waste materials from construction, forestry, and agriculture.

Building and operating a first of its kind refinery at commercial scale will likely take more than five years’ time, says Nik Pavlenko, who leads the fuels program at the International Council on Clean Transportation in Washington, DC. “It’s quite possible that [a new refinery] won’t even produce its very first gallon of fuel before this tax credit is already phased out,” he said. Whether for conventional or novel types of SAF, the tax credit ​“won’t do very much to support SAF production at all.”

Daisy Robinson, head of renewable fuels at BloombergNEF in London, said policy longevity and certainty are especially important for the small companies looking to finance development of new technologies. ​“Not knowing what support is going to be on offer when your project actually comes to fruition is quite a challenging environment,” she said.

Nevertheless, US policymakers have historically extended or reinstated tax credits for renewable diesel which is blended with petroleum based diesel in cars and trucks, which suggests Congress might later extend the SAF tax credit beyond 2027.

Robinson notes that existing renewable fuel policies at the federal level and in California offer more incentives for biofuels used in road transportation than in aviation. The Senate bill would help level the playing field. ​“It’s definitely a step in the right direction, in terms of supporting the nascent SAF industry,” she said.

Aamir Shams of RMI, formerly the Rocky Mountain Institute, is even more optimistic, saying that the Senate provisions will keep the US industry on track to meet the Biden administration’s goal of 3 billion gallons by 2030. ​“This should really help get projects going,” he says. (Canary Media is an independent component of RMI.)

Aviation is still decades away from ditching the combustion engine. Researchers at the International Council on Clean Transportation recently found that, even in an aggressive carbon cutting scenario, SAFs could still account for nearly four-fifths of aviation’s total energy demand by 2050. Hydrogen would supply about one-fifth of demand, while batteries would contribute a negligible amount.

“These biofuels are very important in the short-term to decarbonize aviation,” Shams said. When it comes to cleaning up this notoriously hard to abate sector, ​“the only way forward with the current state of technology is SAFs.”

Appreciate CleanTechnica’s originality and cleantech news coverage? Consider becoming a CleanTechnica Member, Supporter, Technician, or Ambassador — or a patron on Patreon. Don't want to miss a cleantech story? Sign up for daily news updates from CleanTechnica on email. Or follow us on Google News! Have a tip for CleanTechnica, want to advertise, or want to suggest a guest for our CleanTech Talk podcast? Contact us here.
In this article:Inflation Reduction Act of 2022, sustainable aviation fuel