A recent article at Insider tells us about a movement afoot to amend the United States Constitution, but through a legal route that hasn’t been used before: a convention of states, as authorized by the document’s fifth article. This process would bypass congress and the federal government entirely, allowing representatives sent by state legislatures to make sweeping changes to the underlying code that runs the United States. For this to happen, 34 state legislatures would have to vote for it, and as of this writing, 19 have joined the club.

There’s an obvious problem: with each state getting one vote, red states could easily outnumber blue states and transform the federal government, and the United States with it, into a conservative-dominated entity. And, these fears aren’t entirely unfounded, as a video from West Virginia’s vote asking for such a convention shows:

While the West Virginia v EPA ruling stripped federal regulators of their power to regulate greenhouse gases, the constitutional amendments red states would probably want to pass could make that court decision look like an environmental dream. Or worse, a “runaway convention” could decide to adopt a “strike everything” amendment and completely rewrite the United States Constitution from the ground up.

Fears of a runaway convention or one that adopts radical amendments that Republicans wouldn’t even have kept the process from going forward. With only 19 states on board, the project would require another 15 states to get on board, which is a hard slog, but not an impossible one.

The Convention of States Action project claims that blue states and skeptical Republicans don’t have anything to worry about. In their state resolutions or laws asking for a convention, the topics for potential amendments are limited to those that:

They also point out that several states passed separate laws imposing felony criminal penalties for any delegates to such a convention who don’t stick to the limited topics. Skeptics point out that the language of those restrictions is very vague and that penalties on delegate behavior in any convention might not even be constitutional to begin with.

Regardless of how a convention would work, it’s increasingly looking like something we’re likely to actually see in the next few years. With Republican-dominated state legislatures in more than enough states, combined with the backing of conservative groups like ALEC, and plenty of funding, the possibility of a convention isn’t something we can really ignore.

So, it’s important that we, as CleanTech advocates, start looking at how such a convention would work and how we could shape it to produce favorable outcomes. Failure to think ahead about this could lead to another blindside like the end of Roe v Wade or West Virginia v EPA.

Worse, failure to come up with a good strategy for an Article V convention could result in an outcome that many people in the United States just aren’t willing to live with. If that happens, expect a serious constitutional crisis, violence, and perhaps a full-tilt civil war. So, having a viable opposition strategy is not only a good idea politically, but essential to the safety of lives and property.

A More Important Limit On A Convention

An indisputable barrier to extremism in the convention is one of mathematics. While only 34 states are needed to call a convention, 38 are needed to pass any amendments. This means that the deep red states will have to get any proposed amendments past the light red and purple states if they want to actually get anything done. This means that Democrats and independents who care about issues like climate change wouldn’t be powerless during the lead-up to the convention.

The most important thing would be for a state legislature to send the right delegate to the convention with specific instructions. Even more importantly, those instructions need to be part of a unified front with other states that don’t want to see the United States become a tyrannical theocratic environmental disaster that looks like the 1985A version of Hill Valley in Back to the Future II, complete with its own version of Biff Tannen (a character that was modeled after Donald Trump).

If 38 states are required to pass any amendment (or, in the event of a runaway convention, a new Constitution), then at least 13 states would have to send delegates working a common strategy to prevent bad changes. This is both a good thing and a bad thing (depending on where you sit).

If you’re a committed, deep-blue progressive, coming up with 13 like-minded states would be basically impossible. This means that holding up the convention entirely, and not making any changes at all would be very unlikely. This then means that the convention’s agenda of small government (at least on issues conservatives actually want it small on) could only be blunted and not stopped entirely.

If you’re a centrist-leaning or conservative Democrat, and you want things like term limits, balanced budgets, and maybe a little more state sovereignty on some issues, you’re probably in the driver’s seat much in the same way Senator Manchin is today. To get anything, the Republicans only need to split a few blue or purple state delegates away from the left.

So, any strategy is going to have to be centrist enough to keep the coalition of blue, purple, and light red states together. From a progressive perspective, this is a really bad reality to face, but the good news is that all of us who read CleanTechnica, no matter our political stance, have a lot of time to think about how we’d respond should Republicans succeed in getting an Article V Convention off the ground.

In Part 2, I want to explore several ways a left-center and skeptical Republican coalition could move together to ensure that an Article V convention produces an outcome everybody can peacefully live with.

Appreciate CleanTechnica’s originality and cleantech news coverage? Consider becoming a CleanTechnica Member, Supporter, Technician, or Ambassador — or a patron on Patreon. Don't want to miss a cleantech story? Sign up for daily news updates from CleanTechnica on email. Or follow us on Google News! Have a tip for CleanTechnica, want to advertise, or want to suggest a guest for our CleanTech Talk podcast? Contact us here.
In this article:US Constitution Could A Convention Of States Create Positive Outcomes For CleanTech & The Environment? (Part 2)

In Part 1, I explained the problems that could come with an Article V Convention of States. It’s a never-before-used method in the United... 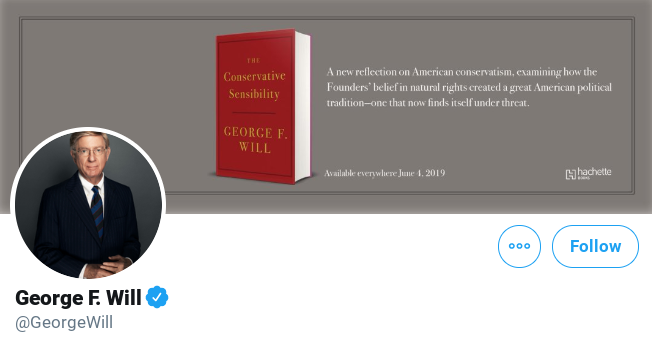 Tesla's decision to transition to 100% online sales is causing plenty of controversy and raising new questions about the stability of Elon Musk. Stock...

Tesla announced yesterday that the $35,000 Model 3 Standard Range is now available for purchase. But that wasn't the biggest news of the day....