I was recently at an electric car show/conference in Amsterdam. The topic of one of the panel discussions was: “Is it time to talk about climate adaptation?” My immediate reaction was a “Hell No!”

There will be a traditional “Torturing my feet on the show floor” article, but first, this piece, because I made an ass of myself. I had made the resolution not to ask questions, especially not questions showing my supposed superior wisdom, and least of all making statements instead of questions. In short, not to be obnoxious. But a nerve was touched, and I did all the things I had promised myself not to do. I grabbed the microphone and brabbled incoherently.

The panel on the podium did have a different take on the topic. The first speaker was someone who started explaining very scientifically the difference between adaptation and mitigation. She did not talk about prevention. She was, of course, completely correct in her explanation. But that was not answering the question. The examples she gave about adaptation and what individual people could do about it were also correct. But again, that was not the topic.

The second speaker was worse. He was all about creating a responsible way to live on our planet — creating a circular economy, protecting biodiversity, respecting human rights, doing more with less, being vegan, etc. It was a complete handbook to being a socially integrated green hermit. It was a proposal for a simple way of living that will be rejected by an overwhelming portion of the public. Most people like a carefree life, just having fun in their pursuit of happiness. That living in society comes with responsibilities and obligations is acceptable. Giving up your aspirations and subjugating your life to the well-being of the planet is asking too much of most people. The sacrifices he asked for were very sensible. People have been talking about them for at least half a century. The percentage that is willing to live that way in the richest countries is perhaps 1%, and in practice a lot less than 1%. But it was again not the topic and very unrealistic.

The topic was: is it time to talk about climate adaptation? Talking about it creates the danger that we won’t fight it. “Oh, I don’t have to fight it because I can adapt.” No, you must adapt because part of the damage is already done and irreversible. You must adapt to the damage done because you have no choice. But before you start adapting, stop doing more damage. That is what the main message should be that is given to the people: “Stop adding CO2 to the atmosphere!!” And start thinking and talking about adaptation only after you have stopped doing more damage.

It is like starting to mop the floor when the bath is still overflowing. First turn off the tap and open the drain. Only then start mopping the floor. In Dutch, there is even a saying: “Mopping with the tap open.” I think the meaning is clear. It does not make sense to start mopping before you close the tap. These are excellent examples of adaptation (mopping), mitigation (stopping making it worse), and prevention (oops, it’s already too late to close the tap before the bath overflows).

Even the institutions that thought we could be saved by nuclear power plants before we run out of fossil fuels have changed their minds. They now realize that we can’t use all the fossil fuels beneath our feet.

The policies that are now put in place will cause the global temperature to rise by 3.2°C by 2100. It will keep on rising thereafter because net-zero emissions will be nowhere in sight.

Risk is defined as impact times likelihood. The question of when it can happen is part of the likelihood estimate. The biggest risk are heatwaves, droughts, super-storms, flooding caused by rain, and rising sea levels.

The consequences are that regions closer to the equator will become too hot to live in and food production will be shifting north, but not for the same quantities that are being lost. Some heavily populated areas getting below sea level. Many of these will disappear below the waves.

These consequences in turn will lead to famine and mass migration. Forced by the climate catastrophe, we will call them refugees. We will not count them in the millions, but in the billions. These kinds of mass migrations will cause social and political unrest, revolutions, and even wars.

The thought that we can adapt against rising sea levels by building higher dikes is wrong. The difference between the sea level at one side of the dyke and the level of the groundwater at the other side of the dyke can not be too large. Depending on the structure and permeability of the ground beneath the dike, water will flow under the dyke to the land behind it. Say goodbye to half of the Netherlands, most of Florida, Bangladesh, and Shanghai, just to name a few well known locations at risk.

Don’t give the proponents of “business as usual” and “all of the above” solutions, solving the problem with “negative” emissions, any ammunition to slow the fight against climate change even more. We have to be 100% focused on closing the tap and opening the drain before we even think about starting to mop. 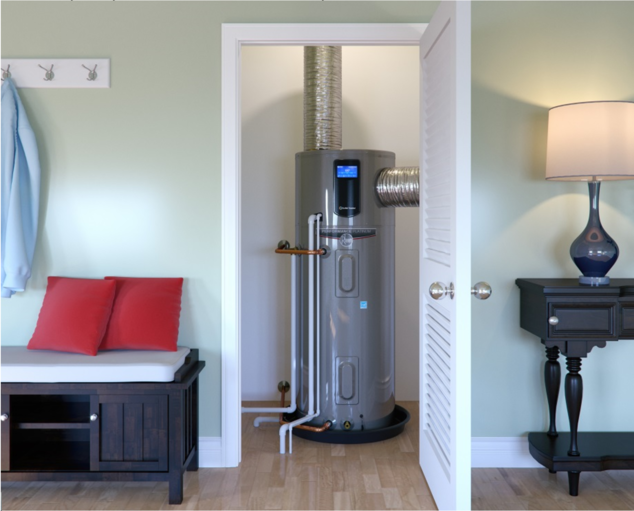 The world’s biggest emitter decided to take some serious climate action – and in the process renewed our hope that we will beat the...