From conversations with Lex Forsythe, co-founder of Janus Electric trucks.

It was a pleasure to catch up with Lex Forsythe, co-founder of Janus Electric trucks at the Noosa EV Expo. He informed me that the company now has 5 converted semis on the road, with 60 more booked to be transformed from diesel to battery electric, and over 150 expressions of interest. We didn’t have a lot of time to talk as he was mobbed by excited enquirers. However, I was able to listen to him in the speakers’ tent later. A lot has happened since we last talked. David and Lex with the converted Western Star.

He made the point that since the vehicle had already accrued a carbon debt, it was more efficient to convert existing trucks than build a battery electric prime mover from the ground up. “Charging such large batteries is a challenge,” he said. “We don’t really have a grid — more of a long transmission line.” That‘s why Janus came up with the idea of a battery exchange — easier on the existing grid, less downtime for the truckies. With software managing the charging process, batteries can be charged when renewables are producing the most power. As well as the demand from Australia, Janus has had a massive number of enquiries from the USA, Europe, and even New Zealand! 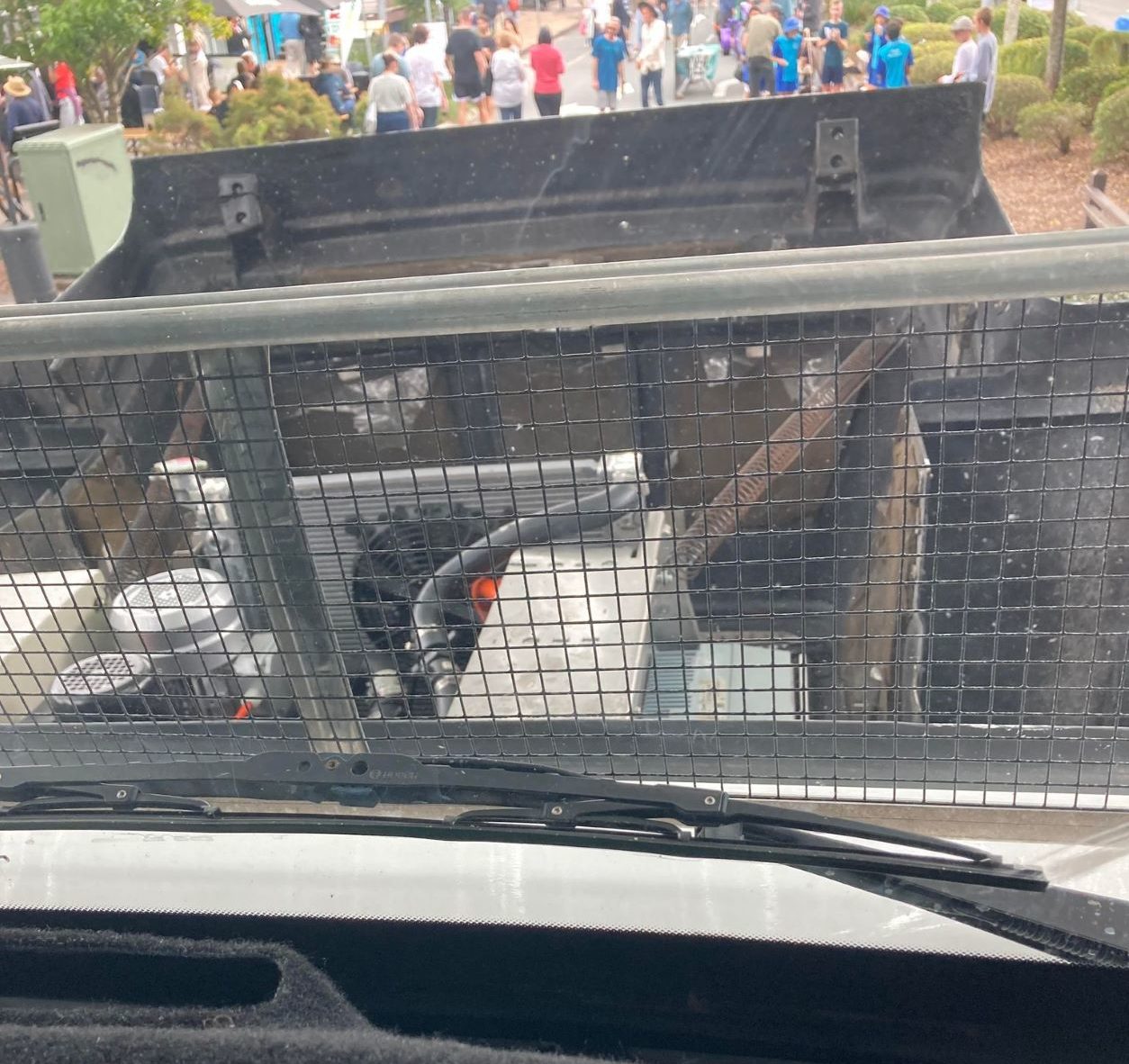 No diesel under the bonnet.

In Australia, 80% of trucks run within 400 km of a capital city. The plan is to electrify from Cairns to Adelaide with battery swap stations. Australia uses 32 billion litres of diesel per year. One quarter of that goes into trucking. 100% is imported. Electrifying trucks will aid energy security. Not only that, but large battery swap stations can fill during the middle of the day and then use any excess energy to help stabilize the grid. “Stopping for hours to recharge batteries is not a feasible solution for fleet owners. The Janus solution is to charge and change when and where it makes sense,” Lex Forsyth says.

“Janus Charge and Change Stations eliminate the issue of time off the road, and batteries can be charged strategically to manage the demand on the electrical grid. Batteries can be changed in 4 minutes faster than the time it takes to refuel a diesel truck. Janus Charge and Change Stations will be fully automated in the future.

We are looking forward to seeing more of these beauties on the road.

Appreciate CleanTechnica’s originality and cleantech news coverage? Consider becoming a CleanTechnica Member, Supporter, Technician, or Ambassador — or a patron on Patreon. Don't want to miss a cleantech story? Sign up for daily news updates from CleanTechnica on email. Or follow us on Google News! Have a tip for CleanTechnica, want to advertise, or want to suggest a guest for our CleanTech Talk podcast? Contact us here.
In this article:Australia, electric trucks, Janus Electric, Janus Electric Truck, Janus Trucks