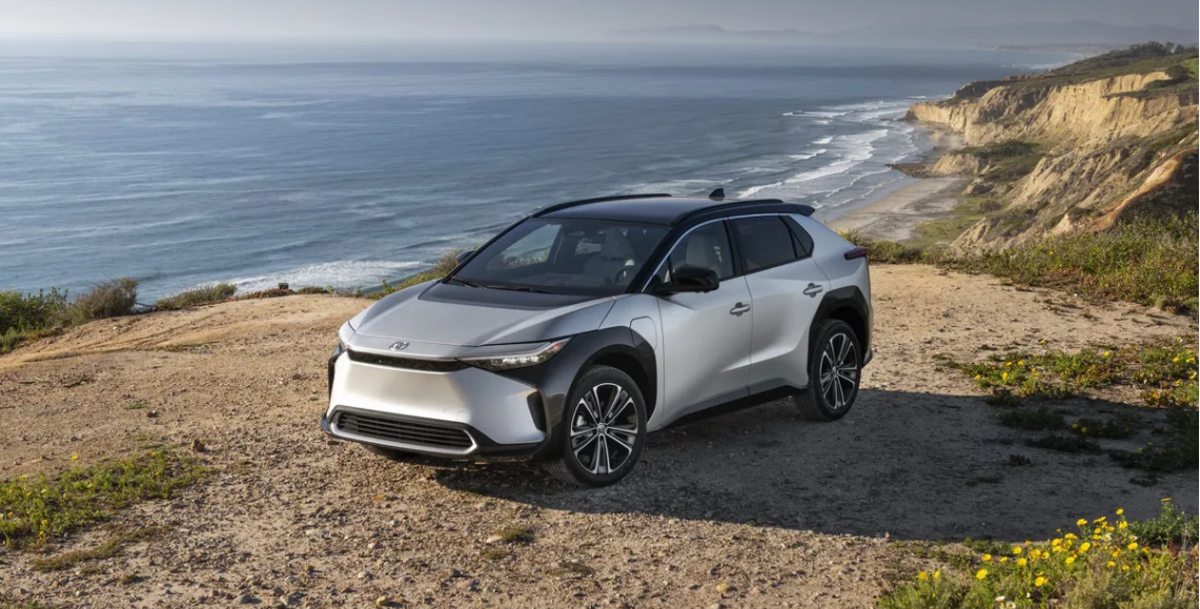 Schadenfruede is a German word that has no direct English equivalent, but if you said it involves taking pleasure in someone else’s misfortune, you wouldn’t be too far off. Here at CleanTechnica, we have mercilessly lambasted Toyota for siding with the despicable Trump administration in its war on California’s Air Resources Board, its slyly duplicitous campaign to label ordinary hybrids as “self charging electric cars,” its unwavering embrace of fuel cell technology for passenger cars, and its disdain for bringing actual battery electric cars to market. Hmmm, did we leave anything out? Nope, that about covers it.

And so it with a certain mirth that we note Toyota has issued a recall for all of its unfortunately named bZ4X electric SUVs because the lug nuts were not tightened correctly at the factory, which means the wheels could fall off the car while driving. And no, we swear we are not making this up!

CNN says, “Toyota doesn’t know, yet, how to fix the issue. Until a remedy has been figured out, Toyota dealers will pick up customers’ BZ4Xs and bring them to the dealership and provide free loaner vehicles in the meantime.” Would it be cruel to suggest Toyota put out a video showing people who to use a lug wrench? Probably.

The Least Of Its Worries

Adding insult to injury, The Verge has just reviewed the bZ4X and deemed it mediocre at best. Ouch! Toyoda-san won’t be happy to hear that. “Toyota’s first all-electric crossover could have been so much more,” The Verge adds. “It’s surprisingly lackluster when compared with other BEVs like the Volkswagen ID.4, the Hyundai Ioniq 5, and the Chevrolet Bolt EUV. With a slightly lower range, slow charging rate, and less than inspiring design, the 2023 Toyota bZ4X forces us to conclude that the nearly $50,000 price tag isn’t really worth it.”

Range is disappointing. The single motor version can charge at up to 150 kW and has an EPA range of 255 miles. The dual motor car is limited to 100 kW charging and is listed as having 222 miles of range by the EPA.

All of that might not be so bad if the car could actually charge quickly, but The Verge points out charging speeds are dreadfully slow. Toyota claims the dual motor car can charge from “low” — whatever that means — to an 80% charge in an hour. The tester who drove the car for The Verge used a 100 kW EVgo charger she is familiar with when the battery was warm and down to about 33% SOC. Would you call that “low?” We wouldn’t.

In any event, once she plugged in, the car said it would need 6 hours and 45 minutes to get to a 100% charge. After an hour, she unplugged to find she was only able to add 100 miles of range to the car — barely enough to complete her journey and get home. Toyota says it has deliberately programmed the BMS to charge slowly to preserve the life of the battery and that most people charge at home anyway, so what’s the big deal?

Another negative is that while the bZ4X does have regenerative braking, the driver must use the brake pedal to bring the car to a complete stop. Toyota says that’s deliberate because people are unfamiliar with regenerative braking and like cars that drive like Uncle Marvin’s 1949 Hudson. Toyota clearly sees its customers as staid, tech averse types. And that’s exactly the kind of customers it will get for this and other bland, don’t break any rules cars coming from Toyota in the foreseeable future.

The Verge calls it correctly when it says Toyota’s intention with the bZ4X is simply to build compliance cars for world markets while it continues to pump out endless streams of cars powered primarily by gasoline engines, the climate and the fate of the world be damned.

Summarizing her experience with the bZ4X, Abigail Bassett, the reporter who did the story for The Verge, said, “With its less than stellar charging times, middling range, and questionable design, the bZ4X is more disappointing than I’d expected. When you get down to pricing, the value proposition gets a bit worse.

“Prices for the base front-wheel drive version start at $42,000. That’s on par with most of the competitors. The top of the line all wheel drive version I drove tops out at just under $50,000 ($49,995). That’s fine, too. EVs are pricey, and the average transaction price for new vehicles has been hovering right around $47,000, according to Autotrader data.

“The real issue is that Toyota is nearly out of its federal tax incentives, meaning that buyers won’t be able to get the $7,500 tax credit for purchasing or leasing an EV for very long. That’s because its popular and long-running Prius has eaten up all of the company’s available incentives.”

Without the federal tax credit, the bZX4 is simply a non-starter in an increasingly crowded field of electric SUVs. Shoppers would be better off looking elsewhere as Toyota once again fails to take the EV revolution seriously. Those are decisions that come straight from the top and if Akio Toyoda can’t see the handwriting on the wall, there’ really nothing anyone can do.

His grandfather, however, did not build the company by shying away from risk. Unless things change dramatically, the once proud company is in danger of going out of business altogether. Hanging on desperately to what worked 50 years ago is not a recipe for success in the world today.

Appreciate CleanTechnica’s originality and cleantech news coverage? Consider becoming a CleanTechnica Member, Supporter, Technician, or Ambassador — or a patron on Patreon. Don't want to miss a cleantech story? Sign up for daily news updates from CleanTechnica on email. Or follow us on Google News! Have a tip for CleanTechnica, want to advertise, or want to suggest a guest for our CleanTech Talk podcast? Contact us here.
In this article:Toyota, Toyota bZ4X