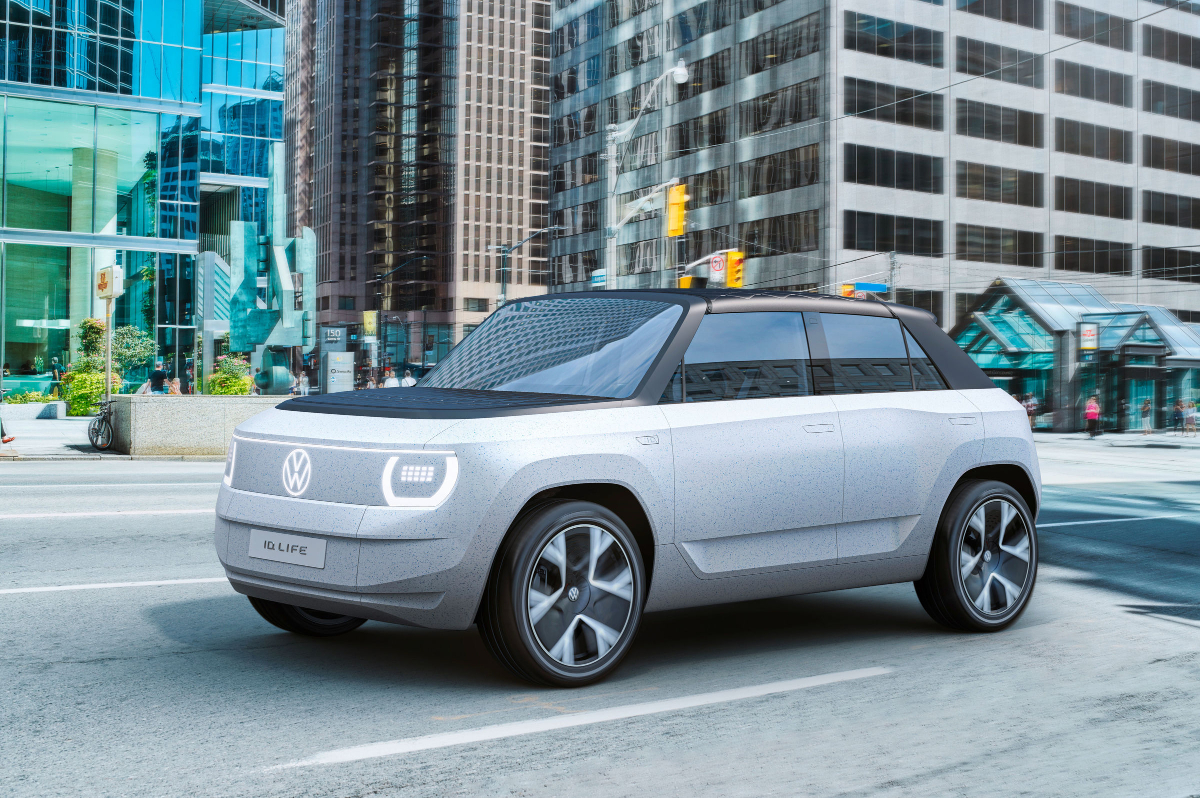 Volkswagen had its annual shareholders meeting this week. Among other things to come out of it was an announcement that the e-Up!, the small electric car the company started selling in 2013, will continue in the lineup until 2025. That is far beyond the normal life of most Volkswagen models, which tend to have 7- to 8-year life cycles. In addition, a decision has been made to more forward with an ID.2 model and to begin development of an ID.1 car as well.

German news source Autombilewoche has the story, but it is behind a paywall. Fortunately, reddit EV forum member linknewtab posted a translation of a portion on the news from the VW meeting.

“At the Annual General Meeting in Berlin, Porsche CEO Oliver Blume, who is responsible for production on the Group’s Executive Board, now minced no words — and spoke openly about the ID.2. At the same time, he countered rumors that the small car could be built outside Europe for cost reasons. “That is not correct,” Blume said. “The vehicle is still intended for production in Europe in the current planning round.” Previous indications are that it will be built at Seat in Spain, along with its Cupra sister model Urban Rebel.

“To tide it over until the launch of the ID.2, VW is now leaving the previous entry level E-Up! in the lineup longer. “The E-Up will continue to be built for another two and a half years,” announced Hildegard Wortmann, member of the Board of Management responsible for Sales. “The end of production is planned for the end of 2025.” The ID.2 could then take over seamlessly, she said. The E-Up!, launched in November 2013, would then come to a production period of twelve years, which is unusually long for VW.

“It could then even be followed by an even smaller sister model to the ID.2, the ID.1. That, Blume said, is at least under intensive consideration. “The vehicle is currently still a product idea,” he said in response to a shareholder’s question about the ID.1, adding that the idea is currently being discussed intensively. “But there is no decision on it yet.””

About all we can say for sure so far is that the ID. Life concept shown last year at the Munich auto show is off the table. That car strongly resembled the Honda e more than it did any other members of the ID. family from Volkswagen. In February, the company said the ID. Life was no longer in development, with head designer Jozef Kaban telling the press he and his team are now working on a “new, decidedly modern design that is also intended to captivate young customers in terms of multimedia and connectivity.”

In the absence of hard information, speculation takes over. On the reddit forum, it is assumed the ID.2 — when it arrives — will be about the size of the current T-Roc and the ID.1 about the size of the current Polo. Volkswagen would very much like to have a competitor to the Dacia Spring, whose low price is driving strong sales. Is there a successor to the e-Up! in the works? No one knows. That car is smaller than a Polo, but with an electric powertrain, it could be almost as big inside.

There is one other piece of news from Volkswagen today. Reuters reports Volkswagen Group CEO Herbert Diess said after the annual meeting, “We expect that the e-mobility business will be as profitable as the combustion engine business earlier than planned. Through good crisis management, we are financially robust and have strengthened our resilience.”

In the early days of the EV revolution, everyone said it was impossible to make money selling electric cars. Tesla, of course, has proven the doubters wrong. Now Volkswagen is confirming that EVs are not the business killers everyone thought they were. As Mark Twain once said, “What you don’t know won’t hurt you near as much as what you do know that ain’t true.” Electric cars are here to stay and they are profitable. Let the revolution continue.