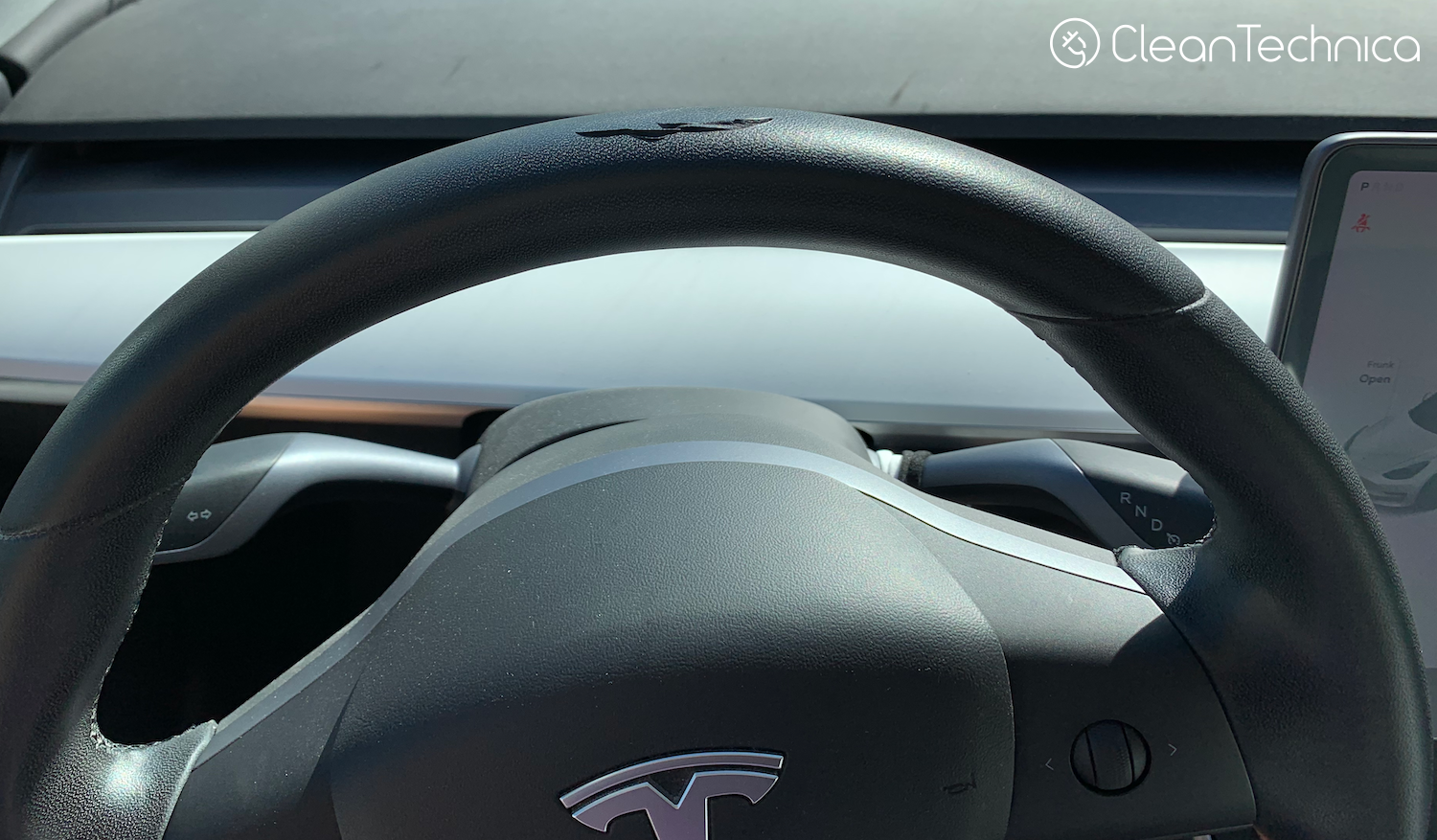 I may have had a one-of-a-kind issue with my Tesla Model 3 at nearly 25,000 miles. Perhaps others have had this issue, but I didn’t find it on forums and the Tesla Service tech I spoke to hadn’t seen the problem before. The problem, as you can see in the pic above and pics and short video below, is that the top of my steering wheel started bubbling at some point.

I initially thought it was a crack in the steering wheel, that the material on the outside had started cracking. At first, it was just one little bubble, and then, after a little while, another one formed — see the three pictures below. The service was all conducted free of charge, complimentary with the initial car warranty. I’m thinking now, though, that I should get a steering wheel cover so that this doesn’t happen again when the warranty is over. 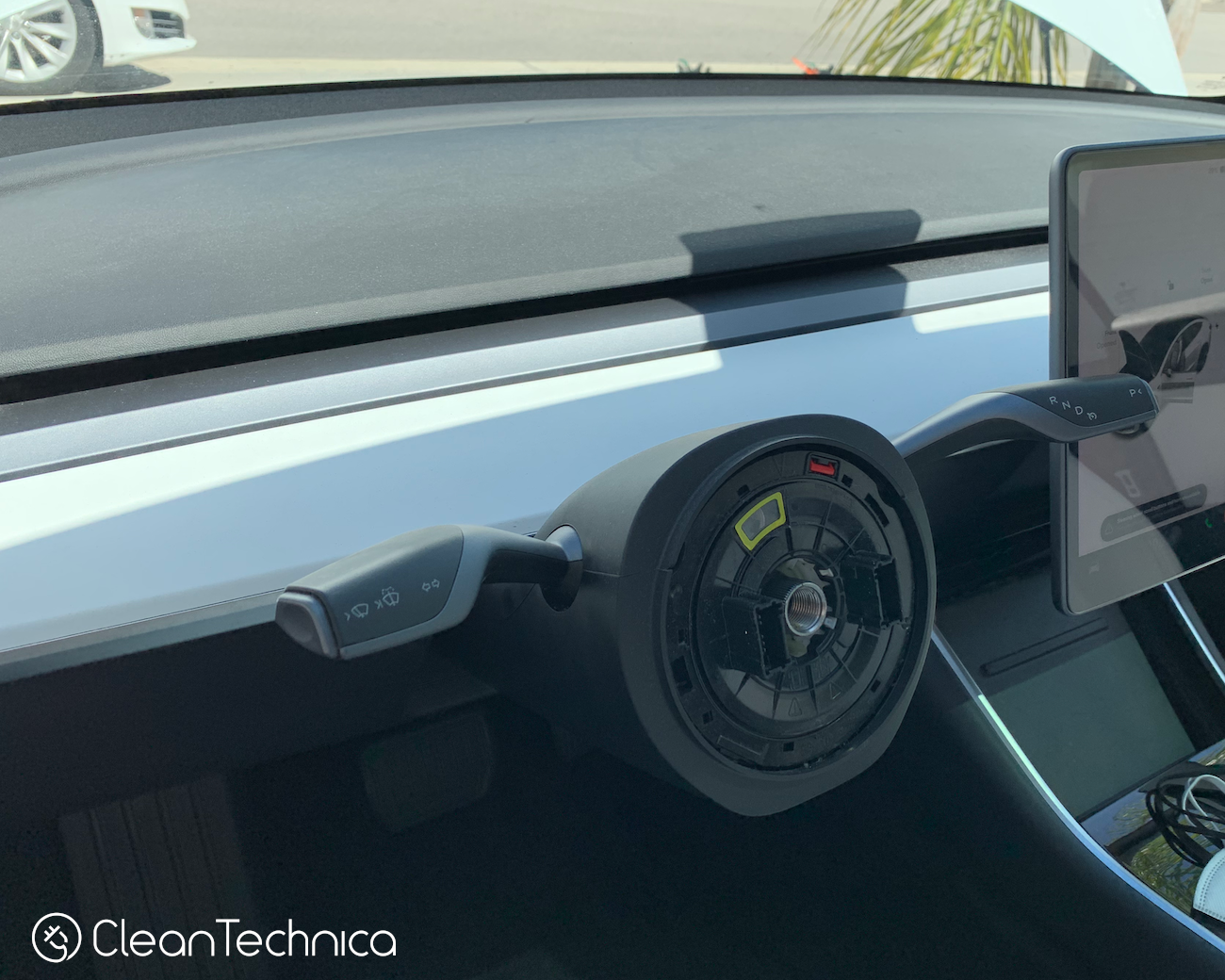 Does the new Tesla Model 3 steering wheel need a cover? Or was this just a freak problem that won’t happen again?

Why did the steering wheel start bubbling/peeling? We have no idea. As stated above, I didn’t find this problem mentioned elsewhere when Googling about it, and the Tesla Service technician had never seen or heard of the problem before. Any thoughts?

As far as other matters, after 25,000, nothing has happened with the car. I should probably get my tires rotated soon. The service technician refilled my windshield washer fluid again, so I’m yet to do that myself.

So, the maintenance cost (including tires) at 25,000 miles as I am almost one quarter away from the car’s three-year anniversary remains $1796.89. For the details on that, see: “Tesla Model 3 Maintenance Costs — Two Years Of Driving (Tires, Locked Trunk, 12V Battery).”

Note: This steering wheel issue actually popped up a few months ago and was fixed in mid March. I was just a bit slow to writing about it.