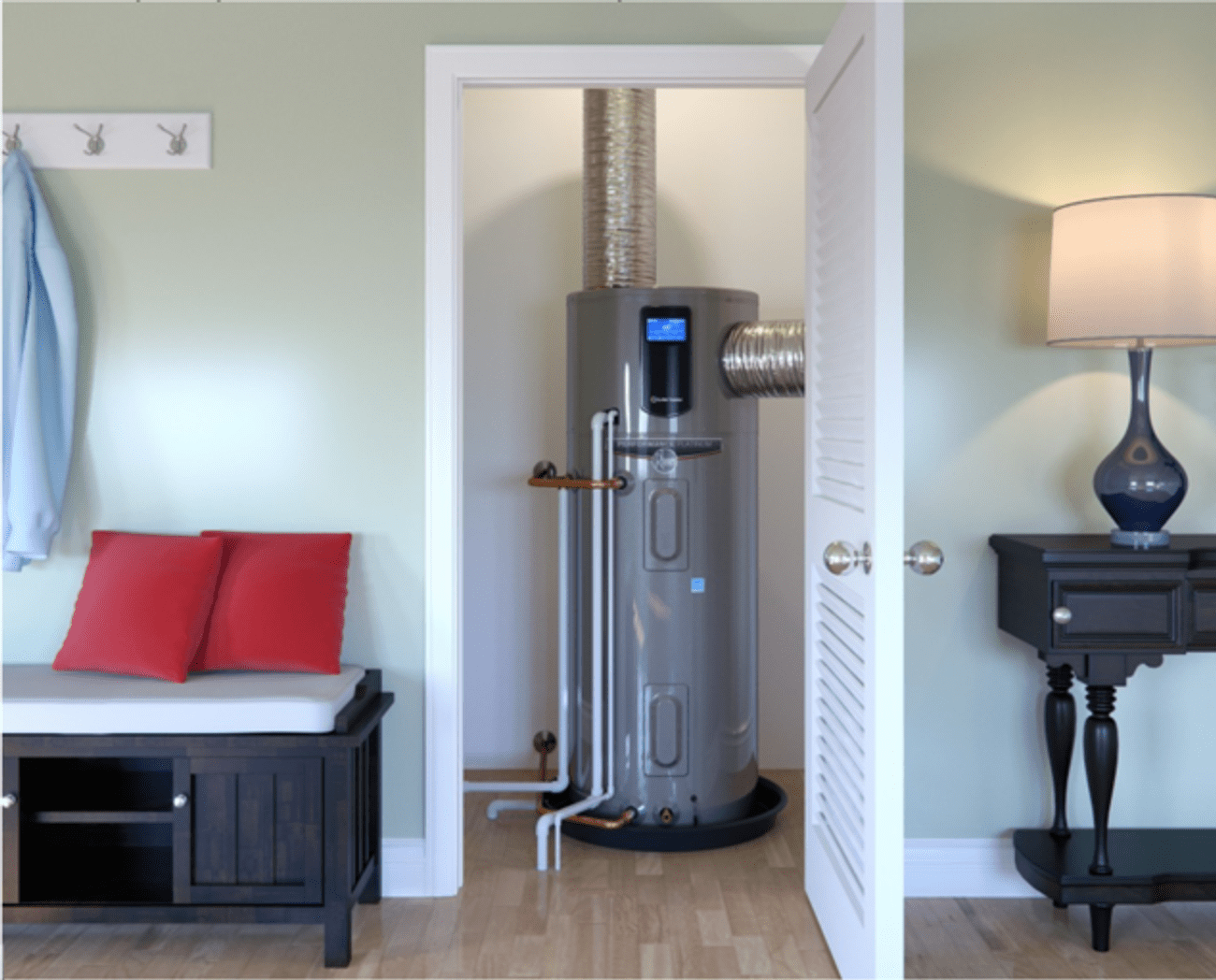 My sister is in the process of building a house in Ohio, and I’ve been having conversations with her about how to make it green. She and my brother-in-law both consider me to be eco-crazed (arguably rightly so given the climactic and political stakes) and so tend to raise eyebrows when I make one of my many helpful suggestions.

For example, I suggested they install a central heat pump instead of inefficient electric resistance heating, but only after consulting their HVAC guy, who is a fan of heat pumps, did they decide to install one (Woo-hoo! They’ll save thousands of dollars and pounds of CO2 with that choice). They are also making their home solar-ready and plan to install panels in the next couple of years — this is mostly because solar offers a sense of self-reliance that is perennially popular across political and geographic boundaries.

Water heating accounts for 25% of a home’s energy use, and thus offers an opportunity for big reductions in both pollution and cost. I’ve installed 3 heat pump water heaters (in my house, an accessory dwelling unit, and in a rental property), sung their praises for the last few years, and recently started a new job working on a national, non-profit led program called the Advanced Water Heating Initiative which seeks to make every new water heater use heat pump technology by 2030. My sister and brother-in-law were, of course, interested in the fact that a heat pump water heater would save their family of 6 approximately $500 a year in electricity savings. But ultimately they cited their unfamiliarity with the technology and the fact that trusted contractors in their town hadn’t heard of them as a reason not to get one. In addition, they plan to put their hot water heater in a first floor hall closet and don’t want to vent it outside (in some conditioned spaces it’s best to vent a heat pump water heater outside). Finally, they used an interesting argument that inspired me to write this article, saying something to the effect of, “We’re installing solar panels next year so even if we go with the less efficient water heater it doesn’t really matter.” This line of thinking got my wheels turning. How many solar panels would it take to power the extra electricity required for an electric resistance (aka typical, old electric) water heater compared to a heat pump water heater? And would it be more cost effective to get the extra solar panels or the more efficient water heater? To make the 2,627 extra kWh that an electric resistance water heater will use, my sister will need an additional 2.2 kW of solar, which equates to about 7 more solar panels. With the average cost per watt of solar in the US at around $2.90, it would cost $6,380 to install this extra solar energy.

To me this demonstrates the enormous potential of these unsung heat pump water heater heroes. They save as much energy as 7 solar panels for a literal fraction of the cost. This exercise could be useful for decision making about other clean energy technologies as well. Solar is still shiny, visible and exciting and we should all put panels on our roofs where possible, but if you’re investing for climate impact, it’s worth considering the CO2 bang for the buck.

Lesson learned here, next time you’re replacing your old electric or fossil gas water heater, consider a heat pump water heater, make your clean energy go further and help save 7 solar panels worth of clean electricity to power other parts of your hopefully soon to be all-electric abode. In 7 years of electrification and deployment of wind and solar, the US barely budged the needle, in fact declining slightly to more wasted...