In 2014, a professional motocross racer, an engineer, and a bicycle designer decided to make an e-bike in their home garage. After a smashing debut with their prototype at multiple bicycle fairs, followed by a successful Indiegogo campaign, these three founders began Ampler Bikes in 2016. Two years later, they opened their first showroom in Berlin. In 2019, they opened their factory in Tallinn, Estonia, where all of their e-bikes now are manufactured, engineered, and hand assembled.

Ampler specializes in making sleek, comfortable, sustainable, and reliable e-bikes that offer a range between thirty and sixty miles.  All of their e-bikes have elegantly integrated displays in the frame that show the current range and trip statistics, as well as buttons to control lights and the motor. They have also designed an app for GPS location and to track riding statistics. Their core values are accessibility, purpose built, sustainability, and accountability. Ampler says they work to remove physical barriers, and bring cycling to more people. They build products and experiences that are purposeful, emotive, and that care of the environment, their colleagues, their customers, and their partners. “Simplicity and wonder” is what Ampler is all about — and, with over 10,000 e-bikes sold, they are definitely an e-bike company worth looking into. 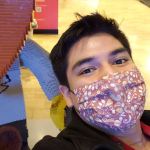 I grew up playing Need for Speed 2 and always chose the McLaren. My room was littered with Lego models that could race and fly, and when I drive, I blast Mastodon, Beethoven, and Led Zeppelin as loud as I can. I prefer manual transmissions, and plan on getting my pilot license one day. I’ll talk with anyone about cars, airplanes, motorcycles, music, and wine, practice parkour, read prodigiously, and happily live and work in Chicago. Follow me on Twitter at @DavidWritesAlot