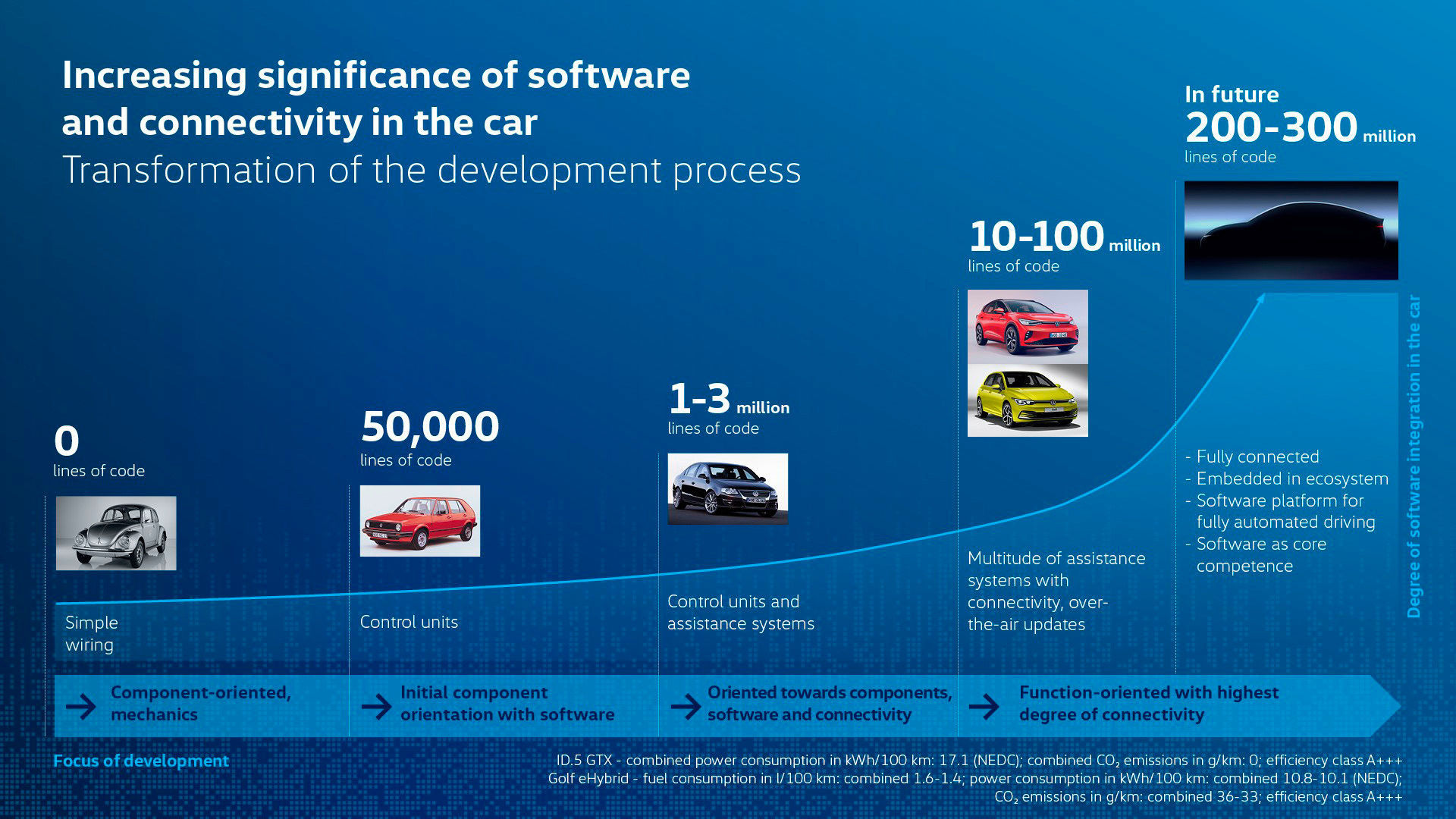 Volkswagen confirmed this week it will construct a new $2.2 billion factory in Wolfsburg, home to its largest factory, to manufacture future electric cars. Those vehicles will be built on the company’s new SSP platform developed as part of its so-called Trinity program. The decision reflects a behind the scenes power struggle between Volkswagen Group CEO Herbert Diess, who favored a location far removed from Wolfsburg, and Ralf Brandstätter, CEO of the Volkswagen Brand, who favored the Wolfsburg location.

Last year at this time, Diess held both positions before the Volkswagen Board of Supervisors peeled the Volkswagen Group away from Diess and awarded it to Brandstätter. Latter in 2021, the power struggle over the new factory landed Diess in hot water and almost cost him his job. Siting the new factory in Wolfsburg is seen as a move to placate the company’s works council, which took umbrage at Diess’ assertions that the conversion to manufacturing EVs could cost 30,000 production jobs.

“We are thus strengthening and sustaining the competitiveness of the main plant and giving the workforce a robust long-term perspective,” says Brandstätter, according to a report by Electrive. “We are setting benchmarks in the automotive industry with Trinity and the new factory and turning Wolfsburg into the global lighthouse for cutting-edge and efficient vehicle production.” Daniela Cavallo, head of the works council, also sees a “historic setting of the course for Wolfsburg.” She was one of Diess’ most severe critics last fall. Brandstätter has always been seen as more friendly to workers than Diess.

Thomas Ulbrich, the board member responsible for development said in a separate memo that the new factory will be able to build a new car in about 10 hours — equivalent to what is expected at the new Tesla factory in Grünheide and about one-third the amount of time it takes to build an electric car at the factory in Zwickau. The key going forward, the company says, is “fewer variants, fewer components, more automation, leaner production lines, and new logistics concepts.”

Construction of the new factory, which is expected to have a capacity of 250,000 cars a year, is scheduled to begin in the spring of 2023 with the first cars coming off the assembly line in 2026. Those cars will be “balance sheet CO2-neutral,” the company says.

According to Handelsblatt, Volkswagen intends to integrate SSP production into the existing main plant in Wolfsburg by 2030 using the production techniques pioneered by the new Trinity factory. The conversion of the existing lines that currently build the Golf and Tiguan is “likely to start in 2027.” Brandstätter indicates that two of the four lines, each of which can also produce around 250,000 cars per year, would be converted first. That would make the total EV capacity in Wolfsburg 750,000 vehicles a year.

A realignment of Volkswagen’s technical development process is part and parcel of the overall plan to make Wolfsburg an EV manufacturing hub. The company says from now on, its primary focus will be “software first” rather than “hardware first.” This may be a result of the massive difficulties the company has experienced getting its ID. branded cars into production and into the hands of customers.

According to Thomas Ulbrich, “Software is the core and driver of our transformation. The world used to be simple, a Beetle was just hardware. Our ID. models are more software than hardware.” He says the Trinity vehicles to be built in Wolfsburg will contain two to two-and-a-half times more computer code than the current ID.3.

“The starting point in vehicle development is the new functions catering to customers’ needs,” Ulbrich says. “The new development process will therefore be focused on functions and systems rather than on components. We have to clarify the requirements in the inter-dependencies early on.”

According to Ulbrich, the individual office of the specialist who has been quietly optimizing his component has had its day and is to be replaced by a communicative open space area. At the new Sandkamp development center, there will be an integration zone where employees from other business units, such as purchasing, production, and quality assurance, will work alongside the developers. This will result in short and efficient coordination paths, Ulbrich believes.

Technical Development currently employs 11,500 people. Switching them over to a new development process will be a Hurculean task. The biggest challenge is merging the complex work areas and changing the mindset of the staff to fast-cycle software development, Ulbrich says.

As a result, a new vehicle project should be completed in 40 months instead of 54. As development and production are better networked, production time per vehicle is also expected to drop toward that magical 10-hour timeline that is the raison d’etre for the new factory in Wolfsburg.

The hardware will also contribute to shorter development times. The new SSP electric vehicle platform will debut in the Trinity in 2026. According to Ulbrich, this platform, which will merge the MEB and the larger PPE, will also bring further standardization of the hardware. If the variance of the installed electric drive systems, infotainment or sensors for the driving assistance systems decreases, production will be easier and cheaper. “The variance for manufacturing and suppliers may well be very low,” Ulbrich said. “I can still offer very different functions in the vehicle with the same hardware because the software uses the hardware differently depending on the model — and I can still change that afterwards by update.”

According to Ulrich, the SSP — like the MEB platform — will be open to third party customers. While a Passat sized sedan is coming as part of the Trinity initiative, Ulbrich is not yet willing to commit to how small an entry-level SSP model would be. “In the long term, we want to offer a similar range to the MQB. However, I can’t say today whether that will be a vehicle like the MQB-A0. Cars have been getting bigger and bigger in recent years.” (One wonders how long that trend can contine.)

Ulbrich also says that bi-directional charging will come with software version 3.1, which will supersede the 3.0 software being used at present in Volkswagen’s electric cars. “With that, the vehicle can do it. From then on, it depends on the infrastructure. We at Volkswagen are committed to this future field. But we are also aware that when we go to market with the vehicle, we will have to do pioneering work in the further process in the overall system, right through to legislation.”

And you thought building electric cars was easy!