When one power plant unexpectedly goes off-line it can cause a frequency drop below 60 Hz for the entire grid, called the arresting period. This phase can be disastrous if not counteracted within seconds. Not all types of power have a fast response rate but hydropower does. It can ramp up and respond to frequency changes, allowing the grid to rebound and eventually recover back to its normal state. (Animation by Sara Levine | Pacific Northwest National Laboratory)

When other types of power plants go dark, hydropower provides a fast, crucial response in seconds.

America’s most critical piece of energy infrastructure — the grid — is more vulnerable than ever before. The reasons are two-fold: a shift in power source mix is affecting grid stability, combined with an uptick in natural disasters. When part of the grid goes out, it can cause a ripple effect across entire regions if not quickly corrected.

That’s where hydropower plays a pivotal role, according to a new study led by Pacific Northwest National Laboratory (PNNL) that quantified hydropower’s contribution to grid stability in the United States’ western region. When other power sources go out, hydropower can rapidly ramp up, recoup shortfalls, and stabilize the grid nearly instantaneously.

And shortfalls are becoming more common — outages from extreme weather alone have quadrupled in the past five years.

“What worked for the old grid, might not work in the future,” said Abhishek Somani, a PNNL scientist who led the multi-national laboratory study. “For years, operators have used hydropower for grid stability, but the extent of hydropower’s contributions haven’t been known beyond that sphere — until now.”

Cruise control for a resilient grid

In 2003, on a hot August afternoon in Ohio, an overgrown tree brushed against a high voltage powerline and caused a shut down, known as a fault. Three more faults occurred when other lines picked up the slack, then became overloaded. Soon, this regional outage triggered a cascade of power failures from Michigan to New York, becoming the largest blackout in United States history and leaving 50 million people in the dark.

When one power plant unexpectedly goes off-line it can cause a frequency drop below 60 Hz for the entire grid, called the arresting period. This phase can be disastrous if not counteracted within seconds. Not all types of power have a fast response rate but hydropower does. It can ramp up and respond to frequency changes, allowing the grid to rebound and eventually recover back to its normal state. (Animation by Sara Levine | Pacific Northwest National Laboratory)

Yet in New York, hydropower kicked in and was producing almost half of the state’s total electricity within six hours of power loss. The sheer size of two of New York’s biggest dams, Niagara and St. Lawrence-FDR, helped the state withstand the outage shock which had pushed other types of power plants off-line.

Frequency response is roughly like using a car’s cruise control while going uphill. The engine revs to maintain speed. Similarly, when part of the grid unexpectedly goes dark, other power plants rev up to backfill lost power and maintain frequency at 60 Hz. This happens in seconds. We don’t notice frequency drops because inertia from rotating generators, industrial motors, or turbines keeps the lights on while the grid ramps back up to full speed to meet the energy demand.“If a large power plant went out or a wildfire burned a transmission line, it changes the grid’s operating frequency and can cause a drop below it’s typical 60 Hz,” said Somani. “If not corrected within seconds, it can lead to widespread outages.”

For decades, frequency response from conventional power sources, such as coal, gas, and nuclear plants, has provided overall stability. But all that is changing.

Hydropower’s role in a resilient grid

In April 2018, in Angeles National Forest, California, an old powerline splice broke. The line dropped onto the tower, causing a fault and a power outage that took a solar plant off-line. This caused a sudden drop in the entire grid’s frequency. Hydropower throughout the West responded instantaneously to counteract that frequency change and contributed 60 percent of the response in stopping a potential power free-fall.

“We always knew hydropower provided a response, but the extent that it did was surprising,” said Somani whose team looked at events like the one in Angeles National Forest. 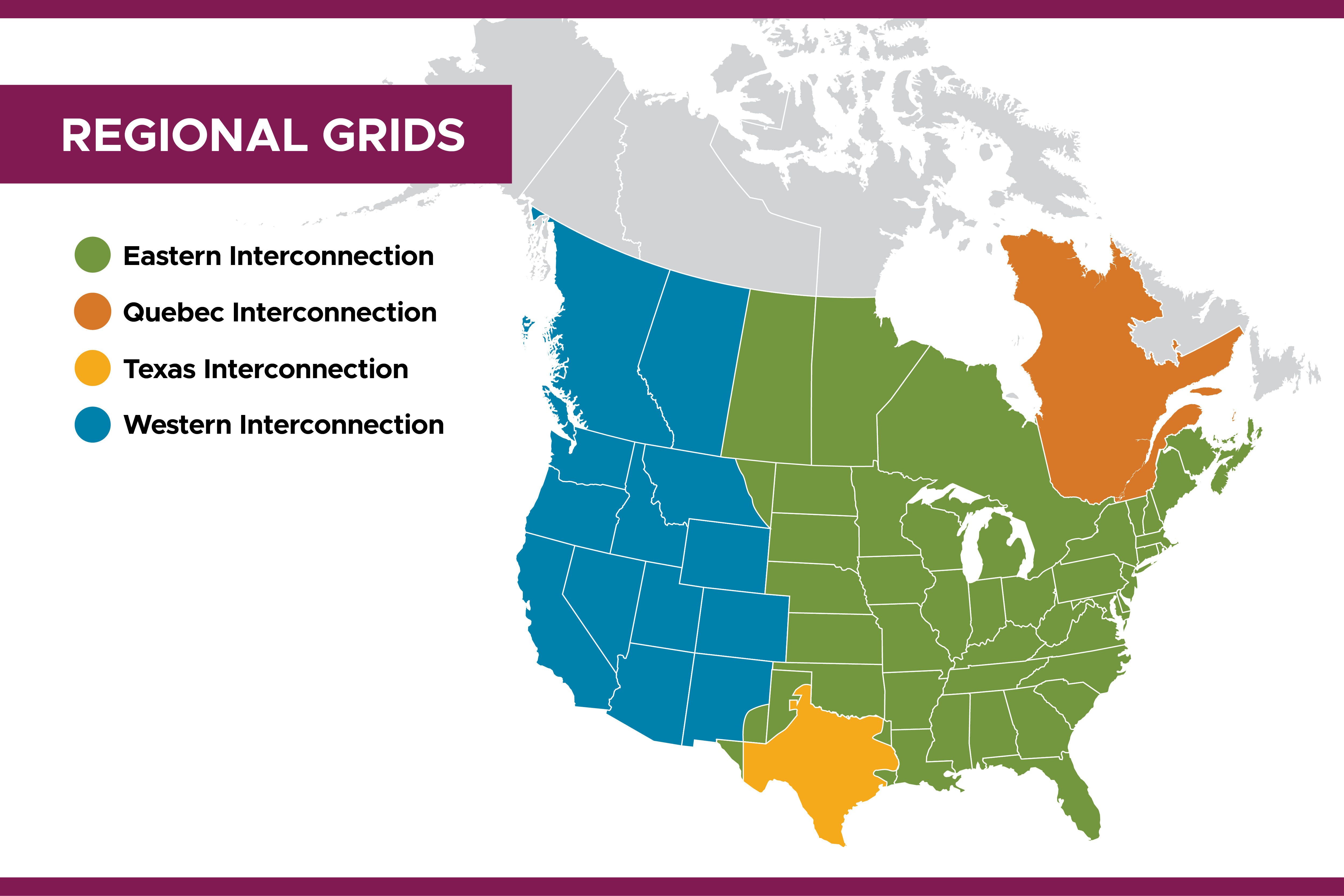 In the Western Interconnection hydropower plays a critical role in not only power production, but also grid stability during unexpected outages. (Illustration by Stephanie King | Pacific Northwest National Laboratory)

With an eye on the Western Interconnection, the vast energy throughfare that powers the western United States, the research team demonstrated that hydropower is already positioned to stabilize the grid when the power drops. Using simulations and historical events, they found that hydropower’s contributions to frequency response ranged anywhere from 30 to 60 percent.

Even though hydropower provides this service, there are currently no mechanisms for compensation.

“It’s not easy to put a price tag on the value of frequency response, but in the future we’re likely going to have to,” said Somani.

To analyze the role of hydropower under a range of extreme events, the research team developed models to simulate the role hydropower could play under those scenarios. These included weather events, such as a heat wave or cold snap, as well as compounding events, like droughts.

For example, if there was an unexpected outage of a fleet of natural gas plants in the Western Interconnect, simulation results showed that hydropower could step-in and provide 50 percent of frequency response — even though it contributes roughly a quarter of the overall power. This response is critical since a widespread outage of natural gas plants would have far-reaching ripple effects in the grid and could potentially trigger a far worse outage.

Another simulation showed that if two units of Arizona’s Palo Verde nuclear plant went offline and stopped producing power, hydropower could provide more frequency response than all other power sources combined — even though it only produces about 30 percent of the power in that region.

“It’s well known that hydropower produces clean power. What was not as well known, quantified, or valued, is the extent of its role in ensuring grid resilience,” said Somani.

The research team, led by Somani and made up of five national laboratories, developed an analysis framework, which can be used as a blueprint to evaluate the role of hydropower under future grid scenarios. In the future, they will also be able to model outages caused by other extreme events, such as earthquakes and wildfires.

This work was supported by the Department of Energy’s Water Power Technologies Office as part of the HydroWIRES Initiative, which aims to clarify the evolving role of hydropower as part of a modern grid infrastructure and unlock its potential for optimizing grid operations.