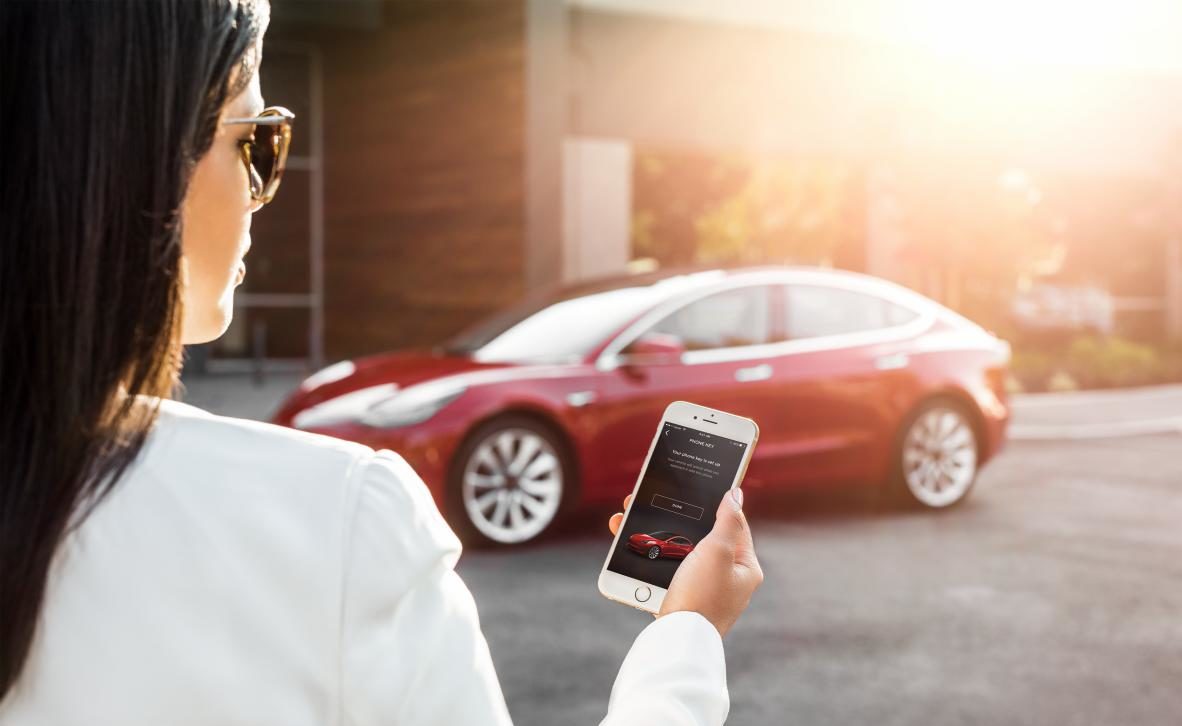 I wasn’t going to write up an article about the so-called Tesla “Pi” phone, but I received a message from one of my friends who saw a video on TikTok about it. They wanted to know my take on it. “Did you know Tesla is coming out with a phone?” I explained that until Tesla itself makes the announcement, that they should consider all rumors to be just that — rumors.

I’m also addressing it here because the rumor isn’t just on YouTube, but everywhere. There seems to be some sort of campaign to promote the idea of a Tesla smartphone. [Editor’s note: I’ve also had people in the real world ask me about it. It seems to be a hot topic.]

Last year, videos about the new Tesla Pi phone started cropping up on YouTube with headlines that claimed Elon Musk himself revealed the Tesla phone, that Elon officially unboxed the Tesla phone in public. There were titles and claims like “Elon Musk shocks the world with Tesla phone price” and “Elon Musk confirms why Tesla phone will beat Apple’s iPhone” and so on. Now, these headlines have been coming out again.

Many of the YouTube channels have the words tech, Elon Musk, Tesla, Future, and wealth in their names, and a simple YouTube search will show that videos on this are constantly being uploaded, with the latest one being uploaded an hour ago (as I’m writing this).

I remember the whole Tesla Smartwatch debacle. This was my article on it. Honestly, I kinda fell for it, and Elon quickly debunked it. Falling for it, though, was a good lesson. And one thing I learned is that in this world where clickbait pays, anything with the words “Elon Musk” and some new tech tends to generate thousands upon thousands of clicks. Now, if Elon or Tesla were to come out and say, “Hey, the phone is real,” that would be a different story.

Also, at the time, Elon specifically noted that he saw getting into that kind of tech as going backward, that it’s “yesterday’s technology.” In fact, he even referenced phones even though he was debunking a rumor about a Tesla watch, perhaps to head off any potential rumors about phones.

Definitely not. Smartwatches & phones are yesterday’s technology, Neuralinks are the future.

This isn't true lol. It never will be true. Tesla won't make a traditional smartphone. This stuff is simply YouTube/content creators making stuff up/creating clickbait to make you read & watch the content so they can make money. It's all made up. pic.twitter.com/GbtJSQF0VA

There are even paid Instagram/Facebook ad campaigns for stories about the phone. On Facebook, there are groups and pages promoting the phone. One group, “Tesla Phone,” has over 3,000 members. In one Facebook group, “Space Missions,” someone posted about the phone and another group member commented that Tesla should be careful because Pi is copyrighted and trademarked for the Pi cryptocurrency. (A screenshot of the post can be found here.)

A Google news search shows that no major news site or newswire is talking about a Tesla Pi phone. There are a few blogs and international sites such as The Hans India reporting on the mythological phone, but we don’t see CNN, Bloomberg, or Wall Street Journal reporting on this. And if Elon Musk actually unboxed a Pi phone, they definitely would have covered it.

The Hans India reported that “specific sources” released new features and details that have confirmed that the 2022 Tesla phone could work on Mars using Starlink and would cost somewhere in a range of $800–$1,200. The article also mentioned that Tesla hasn’t confirmed the phone.

Who Benefits From Pushing This Rumor?

One of the videos that were published just 10 days ago got over 79,000 views. The channel has over 17,000 subscribers. Another channel, that happens to also be verified by YouTube, “Elon Musk Rewind,” also has a video about the phone.

Although these two channels are not alone in promoting the idea that Tesla is about to unbox a phone, they all benefit in quite a few ways. One is advertising. Also, there’s a desire to be a breaking news source. If Tesla was to confirm the phone, the channel with the highest views would not only get more views thanks to the algorithm working in its favor, but would be seen as a credible source because they called it before Tesla announced it.

Now, I understand it’s a big world out there and capitalism is the ruler. If you want to win, you have to play the game. And, unfortunately, misinformation isn’t the only high-dollar moneymaker in the game. Rumors are as well. The two often go hand in hand, but these videos are clearly being marketed by what seems to me several groups who stand to benefit financially from your clicks. Speaking of, I sacrificed a click to see where that Facebook ad would take me. It simply went to an Instagram profile page. I wonder how many people who clicked the link in the ad followed that account.

Tech lovers who also love Tesla would be excited over a Tesla phone. Claims that Elon Musk said his phone would beat the Apple iPhone speak to the emotion of someone who loves their iPhone. And those who love both Tesla and iPhone.

I’ll leave you with this thought: If Tesla didn’t announce it, then consider it a rumor.

Don't want to miss a cleantech story? Sign up for daily news updates from CleanTechnica on email. Or follow us on Google News! Have a tip for CleanTechnica, want to advertise, or want to suggest a guest for our CleanTech Talk podcast? Contact us here.
In this article:Tesla, Tesla rumors