While I wouldn’t recommend wasting time typing out detailed rebuttals to every stranger’s social media post, I do think it’s worthwhile to engage with friends and family when they say stuff like this. Why? Because they’re your loved ones. If you love somebody, you really want them to be in good shape in the event of a disaster instead of doing something that could cost them their lives at worst and waste their money at best.

In this article, I want to provide you, and your friends and family if you share this, with the reasons that solar power is not only a good alternative, but a superior one in most cases. Some of what I’m going to cover in this article will sound like a lot of doom and gloom, but by the end of the series, it should be pretty clear that clean energy gives us a lot of hope on these kinds of problems that past generations weren’t lucky enough to have.

Before we get into the looming megadisaster the headline mentions, let’s talk about the more “routine” disasters real quick.

Generators Can Be Good For Short-Term Disasters, But You Have To Do Everything Right

I don’t want to be crazy about environmentalism here. If it really comes down to somebody running a generator or dying, I’m firmly in the “run the damned generator” camp. In most cases, a little generator, and even medium or large backup generators, are cheaper to buy than a comparable solar-battery system, too. But if you’re going to use a generator, you have to get it right, or it will be worthless.

When most of us think of needing backup power in a disaster, we usually think about short-term problems. A big thunderstorm, a tornado, or a hurricane will probably only knock out the power for just a few days. A small generator that can put out a maximum of 2000 sustained watts is going to use around a gallon of fuel per hour. For a power outage of just 2 or 3 days, a jerrycan or two is probably OK. If you’re only going to use it a few hours per day, you could store a half dozen or a dozen jerrycans of fuel to see you through a disaster that kills the power for a few weeks. It just all depends on your needs.

But, don’t even think about skipping the storage part of the plan. No power means gas stations generally won’t be able to pump fuel out from the underground fuel tanks. To store the fuel ahead of time, you’ll need to either rotate the fuel every few months (dump it in your car and put fresh fuel in the can), or you’ll need to use a fuel stabilizer product like STA-BIL to give stored gasoline a longer shelf life (around two years). It’s also a good idea to avoid buying gas with ethanol, which is somewhat difficult because almost all gas stations sell 10% ethanol gasoline.

Forget to do any of this, and your generator will get clogged up by the deposits that degraded fuel leaves behind, and it’ll either run poorly (and produce less power) or not run at all (and produce zero power).

But let’s assume that you’re really good at keeping fresh fuel around, and you keep enough on hand for your estimated needs. Plus, you’re storing it safely and you know how to safely use a generator and not kill anyone with the fumes. Let’s also assume that you regularly inspect the generator and fire it up to make sure it’s working well, and that rodents didn’t eat any of the wiring and none of the components (especially gaskets/seals) have aged to failure or succumbed to poor storage conditions. Let’s also assume that the spot you’ve picked out to place the generator during the outage isn’t susceptible to theft.

That’s a lot of assumptions, and many of them are easy to forget about. But even then, a generator could still leave you in a bad spot. To make sure readers full understand not only the likelihood of such an event, but also its impacts, I need to describe it in depth.

A Beautiful & Rare Aurora Dazzled The World in 1859

To discuss the first megadisaster that could cut the lights off for a long time, let’s go back to 1859 and meet man named Richard Christopher Carrington. He was not only an astronomer, but a meticulous one. He had spent years making careful observations of the stars, producing highly-detailed star maps that earned him the Gold Medal of the Royal Astronomical Society. From other astronomers, he learned about recent work studying Earth’s closest star: the sun.

The 11-year sunspot cycle’s coincidence with magnetic changes had recently been discovered, and he decided that he wanted to give sunspots the same careful treatment that he had given to the stars, and invented new instruments to take careful measurements of the sun for an entire cycle so that there would be more data to better understand the sun. Carrington’s drawing of a peculiar sunspot in 1859. Public Domain.

On September 1st, just before noon, he noticed the sun do something very unusual, and made a sketch of it (above). At points A and B, the sun made some very bright spots, which stayed bright for several minutes and moved to points C and D before fading away. Carrington and another astronomer both prepared to present these findings to the Royal Astronomy Society, but half a day later, a lot of strange things started to happen on Earth when the solar flare arrived.

Miners in the Rocky Mountains of the US and Canada saw the morning light coming into their tents, and they got up to start preparing breakfast, probably wondering why they were so tired and felt so short of sleep. After a few minutes, the sun didn’t rise as expected, and instead, an impressive display of the Aurora Borealis or Northern Lights swept over the skies. It was in fact still the middle of the night.

The aurora was so bright that people in many parts of the world could read books and newspapers in its light. Normally visible only in far northern latitudes, people reported seeing it in places near the equator worldwide. As beautiful as the sight was, it was a bad day for many telegraph operators, and would be an even worse day were it to happen again today. In Part 2, I’ll talk more about this beautiful disaster.

Have a tip for CleanTechnica, want to advertise, or want to suggest a guest for our CleanTech Talk podcast? Contact us here.
In this article:Emergency Preparedness, generators This article is the second part in a three-part series. You can find Part 1 here. A Beautiful Disaster After this aurora event, a... 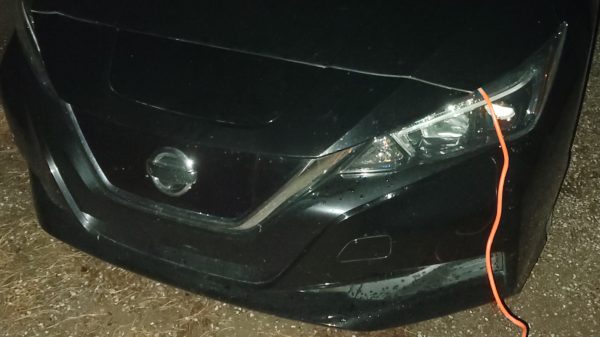 In Part 1, I covered the reasons that home solar+storage isn’t the answer for all disasters, and got into the importance of covering the... A couple weeks ago, Hurricane Ida slammed Louisiana, leaving power outages, broken roofs, and death in its wake. Our own Johnna Crider lives there,...