Since its launch in July, the Solar Automated Permit Processing (SolarAPP+) tool has processed over 2,800 residential solar permits for more than 20 megawatts of residential solar across 12 jurisdictions. In addition, nearly 200 other jurisdictions are interested in the tool. The free, web-based tool — developed by the National Renewable Energy Laboratory (NREL) with funding from the U.S. Department of Energy — instantly reviews solar permits, saving time, money, and frustration for homeowners going solar.

This summer, Secretary of Energy Jennifer Granholm challenged 125 local jurisdictions to start the process of evaluating SolarAPP+ for their communities by the end of the Summer of Solar.

“We are fast-tracking America’s clean energy future by cutting red tape to make it cheaper and easier for homeowners to access power from the sun,” said Secretary Granholm. “SolarAPP+ will bust through bureaucracy to speed up permitting, helping homeowners more quickly add solar panels on their roofs and adding gigawatts of clean electricity to the nation’s grid while creating good-paying jobs.”

More than 125  jurisdictions rose to Secretary Granholm’s challenge, helping achieve the initial target. The level of interest in SolarAPP+ and the number of permits seamlessly processed suggests that the tool will have wide-spread adoption in communities across the United States. This ultimately will bring down adoption times and help lead to the installation of more solar systems. 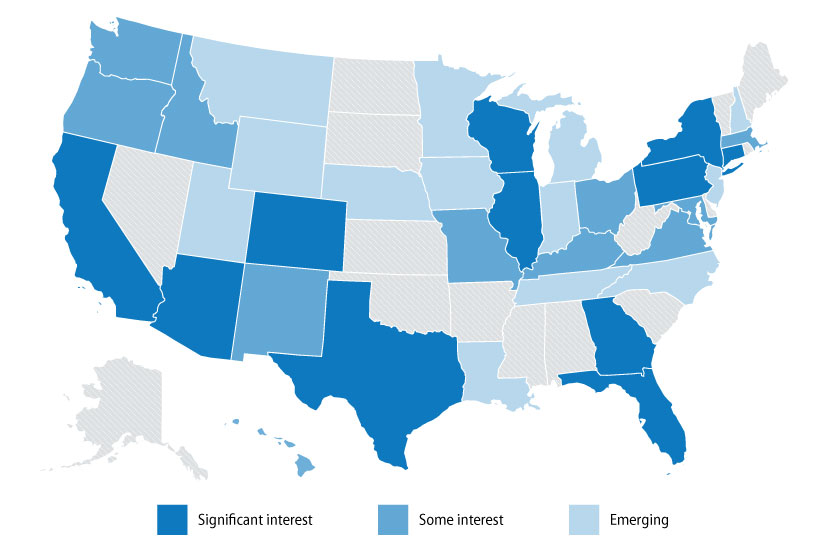 The Future of SolarAPP+

With Secretary Granholm’s initial goal surpassed, what is next for SolarAPP+?

In partnership with the SolarAPP+ Coalition, new goals are on the horizon. By March 31, 2022, SolarAPP+ aims to be engaged with 300 jurisdictions. By 2023, the goal is to reach 600 jurisdictions. If you are an interested installer or local official, consider registering to learn more about SolarAPP+.

SolarAPP+ will also be expanding to support more types of home energy systems. Nine communities are piloting SolarAPP+ permitting for energy storage systems, with more than 215 permits processed so far. The SolarAPP+ team is also in the early stages of piloting permitting for building-integrated photovoltaic systems. As SolarAPP+ continues to grow, keep up by viewing the SolarAPP+ Product Roadmap.

The tremendous growth of SolarAPP+ stems from its ability to streamline the solar permitting process and significantly reduce delays.

In normal circumstances, customers might wait for months to get their permits approved—but with SolarAPP+, permit approval takes less than a day. The current permitting process for residential solar installation varies widely across the country, and the sheer volume of permits can cause backlogs, frustrating homeowners, solar installers, and local clean energy goals.

“We were the first to adopt SolarAPP+ and issue a permit through SolarAPP+,” said Sue Noack, mayor of Pleasant Hill, California. “With all the solar installations we’ve done, there have been no issues.”

By making solar permitting easy, reliable, and consistent across the country, SolarAPP+ has an important role to play in helping the United States meet its goal of 100% clean electricity by 2035. For this reason, Secretary Granholm recently wrote an open letter encouraging mayors and local government officials to take action and reach out to the SolarAPP+ team.

Learn more about SolarAPP+ and consider involving your company or community today.