Tesla owners who signed up for the Full Self Driving (FSD) Beta have been squawking in recent weeks about the Tesla Safety Score. Zach Shahan has published at least three articles himself, YouTube is full of videos, Tesla forums are full of comments, and generally everybody is having a bird as they try to game the system to achieve a perfect score. Trolls are getting headlines from the increasingly perplexing Consumer Reports thanks to assertions that people will run red lights rather than risk their Safety Score. (Really, is Consumer Reports owned by GM or the Koch Brothers? What gives?)

Tesla’s own post on the Safety Score goes into chapter and verse about what it does and how, but not why. Elon Musk has tweeted that owners need really high safety scores to get into the FSD Beta, but again, not why — at least, not that I’ve seen (but I’m not an obsessive reader of every word published about Tesla either).

There are two main objectives that the articles and comments seem to assert are Tesla’s motivation behind this. I mean, after all, if the FSD is incredibly safe, why do the drivers have to be this safe?

The first is that Tesla is hunting for drivers in really safe environs on their daily rounds. The theory here is that people who regularly drive through Mexico City traffic or anything like it, for example, are confronted with machismo give-no-ground brinksmanship 47 times before breakfast, which is pretty tough to navigate even for humans who are used to it. (Really, the most aggressive mass driving I’ve ever seen is in Mexico City, and thankfully I wasn’t driving.)

I support this theory, as far as it goes. FSD Beta is going to be under a lens. Any accident is going to be headline news and the usual suspects are going to be baying for blood. Having worked with people who have done extensive work with reinforcement learning, you always start in as simple an environment as possible and add complexities. Starting out in downtown Boston during the Big Dig — something I did try to drive through once — is not a good choice. Places with lots of deer crossings are also not great, because no one at the company wants to see the headline “Tesla Killed Bambi!”

An overlapping group, including Zach, asserts that Tesla’s obsession with safety includes training drivers to be safer via gamification. In other words, Tesla is giving feedback to drivers that would mirror that of a driving instructor constantly and rigorously assessing your driving. Or any backseat driver in any car ever. That will certainly work for some people. I’m reminded of the hypermilers who started working toward maximum range in early modern EVs in 2011 with the Nissan Leaf. Apparently, they are still a thing, which doesn’t surprise me at all. Give some people a metric and they’ll automatically obsess about maximizing that metric at the expense of all else, including sanity, getting to work on time, sleeping, washing, paying the bills, etc. Personally, I’ve never done that. Ever. Really.

But the failure of this theory is that almost everybody hates backseat drivers, even if they are electronic and on the dashboard. For the drivers out there, ask yourself when was the last time you thanked your favorite backseat driver for their input. Ask yourself how much you love your Apple Watch or Fitbit telling you to stand or go walking. Gamification works on people it works on, and that’s not everybody. This theory doesn’t hold as much water with me, in other words.

As someone who has published regularly on autonomous vehicle programs, has done professional work in machine learning, published a machine learning and cleantech report through CleanTechnica, spends a lot of time in cognitive science, and as a result has been been asked to provide guidance to Canadian provincial and UK academic efforts on road safety and autonomous vehicles, I have perhaps a different opinion than most people who are writing articles about Tesla.

Tesla is filtering out the drivers who won’t like FSD.

This is in addition to finding drivers who have, shall we say, less intense daily rounds in their Teslas, not instead of, but it’s exactly what I would do.

I published on the cognitive expectation of passengers in autonomous vehicles and the impact on urban congestion in 2016. While many people assume that autonomous vehicles will make traffic faster, that’s contrary to reality. Zipping through intersections at high speed centimeters from other cars and cornering at hyper-velocities is just not going to happen, at least not until Star Trek is a reality. Passengers in autonomous vehicles will expect to be able to drink a coffee and feel like they are on a bus or a train, not strapped into a transparent ping pong ball in the middle of a bunch of other transparent ping pong balls.

As a result, modeling of behavior of autonomous vehicles going through urban intersections consistently shows that they’ll be a lot slower on average. That remains the case with Waymo’s cars as they pilot the streets of the bounded geographies that are mapped in incredible detail in order for them to work, unlike Tesla’s subsumption model. But Tesla and Waymo have to intersect at city intersections. They have to deal with the same environment and human passengers.

And drivers who are constantly pushing for the narrow opening, changing lanes for the tiniest perceived advantage, cornering aggressively, and evincing similar behaviors are deeply unlikely to be willing to put up with sitting behind the wheel of a car that’s being driven as if the owner was an old man wearing a hat. One commenter was whinging that he loved his race days in his Model 3 Performance, and that he should be allowed to not have that count on his score because, really, he was much safer on the road having gotten the speed out of his system on the track. Right. I’ve driven with race car drivers, and while they were “safe,” it was because everyone around them was going much more slowly than they were trained to deal with.

When I owned cars and motorcycles, they were typically things I could get a lot of speed out of and which I could twitch around obstacles with. Lots of BMWs in my past, back when they were actually excellent driving machines. Lots of narrowly avoiding tickets, and some tickets that weren’t avoided. I would have been a terrible candidate for FSD Beta. I would have switched it off after five minutes and been back to seeking every advantage on my way to work or play, the drive being another part of the fun.

Now, when I pick up carshares, I’m pretty sure my Safety Score would indicate that I drive like an old man with a hat too, in part because I’ve aged out of it, and in part because I’ve done so many extreme things — paragliding the southern cliffs of Bali, windsurfing in snowstorms, snowboarding into Black Diamond bowls at Whistler, ring Hold’em in multiple cities, etc — that I’ve mostly burned out my adrenaline receptors.

And so that’s a big part of my theory on the Safety Score. It’s a filter to find people who will be okay driving like an old man with a hat, and who will give FSD the ability to take forever at corners and not jump into the next lane. It’s quite possible many of them will turn into backseat drivers themselves, yelling at FSD about the choices it makes, but otherwise sit there paying enough attention to take over should it be required.

But yeah, it’s a filter.

Appreciate CleanTechnica’s originality and cleantech news coverage? Consider becoming a CleanTechnica Member, Supporter, Technician, or Ambassador — or a patron on Patreon. Don't want to miss a cleantech story? Sign up for daily news updates from CleanTechnica on email. Or follow us on Google News! Have a tip for CleanTechnica, want to advertise, or want to suggest a guest for our CleanTech Talk podcast? Contact us here.
In this article:Elon Musk, Tesla, Tesla FSD Beta, Tesla Full Self-Driving, Tesla Safety Score 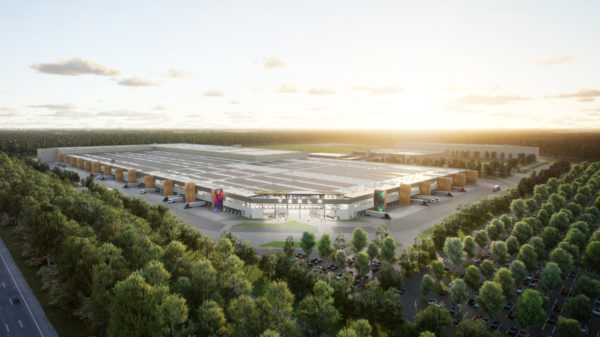