The following is an excerpt from a new CleanTechnica report, The Carbon Cure: Effective Actions to Combat Climate Change through Carbon Markets. For more on the types of carbon markets across the world and their role in stabilizing our climate, buy the full report or become a CleanTechnica Member, Supporter, Technician, or Ambassador.

Who is leading the charge?

— The state of California has long been a state leader in climate change, imposing some of the most ambitious reduction targets and strongest regulations. It is currently the only state with an economy-wide cap-and-invest program.

— Transportation and Climate Initiative (TCI) is a regional cap-and-invest program under consideration for transportation emissions in the Northeast and Mid-Atlantic. The program would require fuel distributors to purchase permits according to the consumption of their product in participating states, raising revenue for clean transportation investment.

— Mexico has had a partial carbon tax in place since 2014 and began a pilot emissions trading system (ETS) on January 1, 2020, promoting cost-effective emission reductions without harming the international competitiveness of covered sectors. The pilot ETS covers power, oil and gas, and industrial sectors, which account for approximately 40% of the country’s GHG emissions. The government expects to have the emissions trading registry and other ETS infrastructure parts ready within the next two years.

— Canada has a federal carbon pollution pricing policy which leaves flexibility to each province, but imposes a backstop price if local governments do not meet federal standards of ambition. Quebec, Nova Scotia, the Northwest Territories, and British Columbia (plus B.C.’s Greenhouse Gas Industrial Reporting and Control Act (GGIRCA)) continue to meet federal benchmark stringency requirements. Provincial systems in place in Prince Edward Island, Alberta, and Saskatchewan also meet them for the emission sources they cover.

— EU Emissions Trading System (EU ETS) is a cornerstone of the EU’s policy to combat climate change and its key tool for reducing greenhouse gas emissions cost-effectively. It is the world’s first major carbon market and remains the biggest one.

— Costa Rica has been a leader in carbon offsets and is committed to carbon neutrality. In 2019, Costa Rica outlined its pathway towards net-zero emissions by 2050 in a new plan: the National Decarbonisation Plan 2018–2050, which includes strategies for all sectors of the economy, which, if implemented, will lead to further emissions reductions.

— Colombia implemented a carbon tax in 2017 (Conservation Finance Network) and is considering an emissions trading system (ETS) aligned with climate goals and has the legal authority to do so per the government’s climate bill passed in July 2018.

— Argentina implemented a carbon tax in 2018 which will ramp up to full strength in 2028.

— Chile implemented a carbon tax in 2017 and has an ETS under consideration with an eye towards international linkage, potentially with the Western Climate Initiative (WCI). The government’s Framework Law on Climate Change would set a carbon neutrality goal for 2050, including provisions for a possible trading system.

— Center for Climate and Energy Solutions (C2ES) leads a carbon pricing 7,000-member network. It’s purpose is to connect people across the US to share successes, lessons learned, and best practices, serving as a carbon policy and climate solutions hub.

— Climate XChange’s State Climate Policy Network (SCPN) is a network of more than 11,000 advocates, legislators, and experts spearheading carbon pricing and climate ambition in their state. It is a platform for campaign leaders to connect and collaborate with one another, exchanging wisdom and resources.

— The World Bank Group works in major areas of development to provide financial products and technical assistance, and help countries share and apply innovative knowledge and solutions to challenges. Launched in May 2017, their Carbon Pricing Dashboard is an interactive online platform that provides up-to-date information on existing and emerging carbon pricing initiatives around the world. It builds on the data and analyses of the annual State and Trends of Carbon Pricing report series.

— Green for All: A national program of the Dream Corps that works at the intersection of the environmental, economic, and racial justice movements to advance solutions to poverty and pollution.

— Citizens’ Climate Lobby is an international grassroots environmental group that trains and supports volunteers to build relationships with their elected representatives in order to influence climate policy.

— Resources for the Future is an American nonprofit organization that conducts independent research into environmental, energy, and natural resource issues, primarily via economics and other social sciences.

— South Pole is a global carbon market developer with a high level of technical expertise which works with private sector clients to reduce carbon emissions through offsets. The majority of projects and market are a combination of large-scale renewable energy projects, reforestation, and community projects as well as some industrial projects (e.g., wastewater treatment).

— Aviation has one of the largest impacts on carbon emissions, yet is not always counted in carbon reduction policies (see CORSIA link above).

— Soil health is a proxy for soil carbon and its sequestration. See: “Healthy Soils Legislation Update — May 2019.” 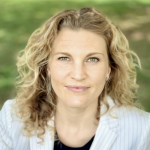 Chelsea Harder has 15 years experience implementing energy, environmental, and social programs for sustainability. Chelsea holds a master’s degree in Natural Resources & Leadership for Sustainability at the University of Vermont, a bachelor’s degree in Civil Engineering from University of Minnesota, and studied abroad in Advanced Environmental Measurements Techniques (AEMT) program at Chalmers Technical University in Gothenburg, Sweden. She is a Senior Fellow through the Environmental Leadership Program (ELP) National cohort and the Lead Judge Advisor for the Hawai’i F.I.R.S.T. Robotics Competition. Chelsea is from northern Minnesota and has lived in Hawai‘i for over ten years.

The transportation electrification market is accelerating at a rapid pace, and many states are taking action to support EV drivers.