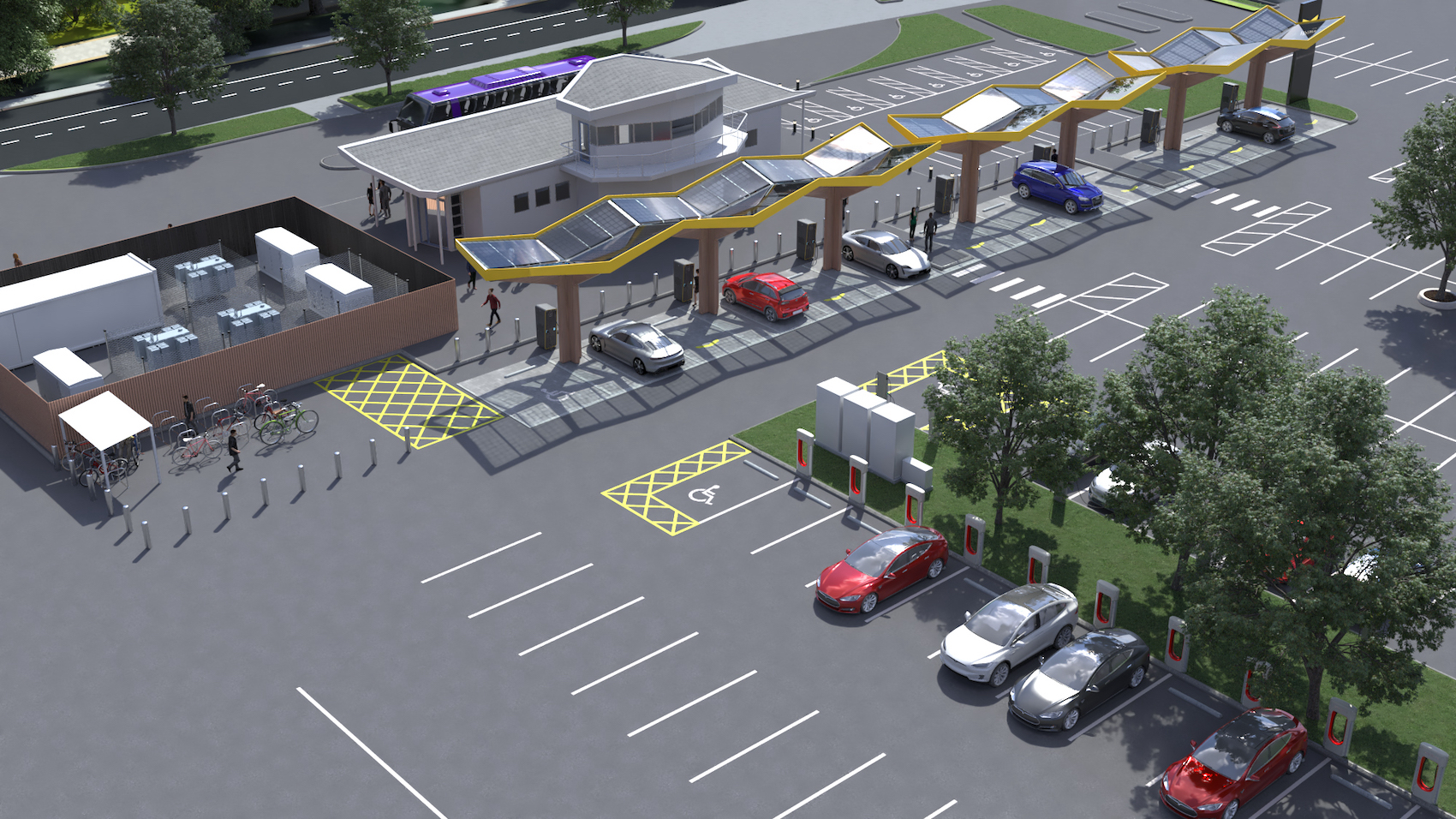 The second quarter of 2021 is the first quarter showing real growth after the last quarter of 2019. The five quarters in between were a matter of survival during the corona crises. People started working from home, were furloughed, and made far fewer visits to business events or relatives. And when people do not drive, they do not charge.

As I explained in an earlier article, charging stations are shops and single chargers are vending machines. That means we can use the logic and rules used for retail companies to examine Fastned. Revenue per shop is the most important metric, and that is what is used for Fastned in this article.

The road to profitability for Fastned is not delayed by the same amount of time. The conditions needed to become profitable kept growing. The most important condition is the number of BEVs on the road, the percentage of the fleet that is fully electric. The second condition is the share of BEV owners that can not charge in their own driveway. The number of longer distances travelled is also a factor for Fastned. When driving longer distances, it will more often be convenient to stop at a charging station.

Commercial charging companies can never compete with charging in one’s own driveway, especially not when the electricity is from the driver’s own solar panels. Fastned can sometimes compete on price with AC curbside chargers that are installed in urban areas. It is a matter of convenience which charging type is chosen. But where Fastned really shines is on faster routes — Fastned is the most attractive charging provider along highways.

For financial valuation, Fastned can best be viewed as two separate companies — “Fastned Retail” selling electricity through its stations and “Fastned Projects” building new stations. In Fastned’s financial reporting, there is enough detail in the costs to make a simple profit and loss for each sub-company. This enables a valuation of Fastned Retail on a going concern basis.

Fastned Retail grows by buying new stations from Fastned Projects, getting more customers visiting the stations, and selling more electricity to each visiting customer. For long-term profitability, the repeat customers are essential.

Fastned Projects employs about two-thirds of the Fastned staff. Most money goes as CAPEX out to building new stations. It returns when a new station is transferred to Fastned Retail. For simplicity, the operational costs are considered losses.

In retail, the revenue and profit per outlet or shop is an important metric for the financial health. Doubling sales by doubling the number of shops is not smart when all shops are making losses. And for shops, revenue per square meter is another measure. Looking this way at Fastned, we become interested in sales per shop and sales per charger. For this analyses, sales per shop, or per station in this case, is enough detail.

When we look at the cost per station, only the first is a variable with growing sales. The operation is completely automated. Maintenance and support will see a slight increase with more customers, but not with higher sales per customer. That makes the operational costs per station nearly constant, and the other two are constants. Currently, the revenue is only 47.5% of the costs. To reach profitability, revenue per station has to increase by 150%. This causes COGS to increase by the same percentage and operational costs by about 15% (a guess).

Before the pandemic, there was a clear correlation between fleet size and sales per station. The fleet size is a measure for how many of the vehicles passing the charging station are electric and therefore potential customers. About half of the growth in revenue per station needed can be realized by passing vehicles returning to pre-pandemic charging levels.

However, it is likely that the pandemic will have a lasting influence on travel patterns. People will continue work more from home, meetings will more often be virtual, using tools like Microsoft Teams and Zoom. That means less traffic. People will also use public transport less. That means more traffic by car. It will likely be a few years until people will travel as freely as before the pandemic. The fully electric part of the fleet in the main market, the Netherlands, is now 2.23%. It will likely grow a half percent through the rest of the year. At the end of 2022, it will likely reach 4%, or 350,000 vehicles. In its second largest market, Germany, the penetration is a bit less, but growing rapidly. Due to the longer distances in Germany, EV drivers tend to use fast chargers more than in the Netherlands, and when using them, they charge more.

In what will soon be the third largest market, and the second in another year — Flanders — the growth of the fully electric fleet is even higher. The “Benefit in Kind” for fossil fuel vehicles will be unobtainable in 2026, pushing the fully electric share of the market way over 70%. What the share of fast charging stations will be is not known. There are fewer curbside chargers in Flanders and there is less opportunity to charge in one’s own driveway.

The second quarter of this year is the first in which the revenue per station grew in accordance with the growth of the fleet. If my experience while charging in the third quarter is any indication, the growth per station could even be better than in the second quarter. We will know in a few weeks when the Q3 results are announced. Overall, though, these are reasons for Fastned to be optimistic.

At the moment, the EBITDA of Fastned Retail is positive. The next step is for some stations to have a positive EBIT. That is within reach for the best stations. When Fastned Retail reaches a positive cashflow, I think the business case is proven to be sound.

Fastned Berlin along A10 at Van der Valk Hotel. Photo by Maarten Vinkhuyzen.

This article is about looking at Fastned in a different way. A first look at the financial reports is terrible. The losses are bigger than the revenue. In some views, a nearly 10 year old company is not supposed to be a startup. Fastned is still pioneering in an emerging market, however. It was instrumental in creating this new market.

Fastned and all other charging companies are still very much startups in an emerging market. What the size of that market will be is for different articles, separate for the USA and Europe.

Full disclosure: I have shares Fastned. I am not a financial analyst. This is not investment advice.