Once in 2018, I was driving west of Phoenix late at night. It was still 80 degrees out, and probably a little warmer over any concrete or pavement. Just after exiting the 303 loop freeway, I got a beep and a warning on the dash display. “Low tire pressure,” it said, displaying a rapidly falling number next to one of the tires on the screen. I pulled into a parking lot and got out to see what was happening. Within a few seconds, the hissing stopped and the car was several inches lower to the ground, and I wasn’t in a great neighborhood.

We’ve all been here, but this was the first time it had happened to me in a newer vehicle. For the last few years many manufacturers stopped including a spare tire with cars, ostensibly to get another tenth of a mile per gallon or to get another 2-3 miles of EPA range. Lowering one’s environmental impact by a sliver or getting that tiny bit of extra range isn’t that big of a deal to customers, but to auto manufacturers, every little bit of efficiency helps them play the regulatory game. Plus, it lets them keep a few more bucks in their pockets for every car sold.

In other words, they skipped out on a spare tire for their own selfish reasons, and not to benefit us owners.

Back to that night — I quickly figured out that getting an extra couple of miles of range wasn’t worth the hassle. Back in the day, I would have lowered the full-size spare under my SUV, swapped the wheel and tire out, and then be back on the road in 5 to 15 minutes. Instead, this time I opened up a little access door in the trunk area to find a tire repair kit.

Inside, there was a bottle of tire sealant (pretty similar to the Slime you can put in a bicycle’s tubes to avoid flats), along with a 12-volt air compressor. I put the slime bottle on the designated spot on the compressor, plugged it into the cigarette lighter plug in the car, and started pumping a mixture of air and slime into the tire. The car rose about an inch, and then suddenly dropped again, while all of the slime shot out under the car, spraying the undercarriage with green goop.

Lacking any other tools, and knowing that the “repair kit” had failed, I called for a tow. Two hours later, I was home, and still had to go the next day to buy a new tire for my almost new car. Once the tire was off, I was able to see the problem: something big and wide had cut a big gash in the tire’s sidewall. No repair kit, no plug kit, and no patch-job could have put the car back on the road.

Being stuck for 45 minutes in a bad part of town and getting home at 2 AM wasn’t an experience I wish to repeat. Ever. So, I did something about it.

Now I have a full-size spare, a small floor jack, and a lug wrench for quick tire changes.

Sure, this takes up some rear hatch space, and probably costs me a couple of miles of range (it weighs roughly what my youngest kid weighs), but there are some great advantages to having this. Next time I get a flat, I’ll set the parking brake, loosen the lugnuts, get my small floor jack, quickly lift the car, swap the tire, drop the car back on the spare, tighten the lugnuts, and continue driving. If I need to wait a day or two to get to the tire shop, no big deal. If I’m 100+ miles from home, I can drive home.

When I get a chance, I can go to the tire shop and have the flat repaired almost anywhere (often for free) or if it’s too messed up, have the tire replaced and put back on. The spare then goes back in the trunk for next time.

What did this cost me? I’m only about $110 into it. I got a used steel wheel and a used tire for $75 from a local “llantera” (Spanish for “tire shop”). I wouldn’t want to drive across the country on this used tire, but it’s perfectly fine for local use for a few days, and would easily get me to the next town on a road trip. The little floor jack was $20, and the crossbar was $11.

If you want to buy a new “steelie” wheel and a cheap new tire, expect to spend about another $100, depending on the vehicle. Or, if you want your spare to be a factory match for the other wheels and tires, expect to pay whatever that costs (anywhere from $200-1000+).

If you want something that takes up less space and weighs less, Modern Spare sells complete spare tire kits for most newer vehicles. For a Tesla Model 3, they sell a light-weight “pizza cutter” style tire that’s better than factory “donut spares” in that you can drive further and faster until you can get the normal tire replaced. The whole kit with a scissor jack, lug wrench, and carrying case is $400. It’s not small enough to fit in the “frunk” like a Pontiac Fiero’s spare, but doesn’t take up that much trunk space. With a carrying case, you could put it on the back seat or anywhere else without getting the seats dirty.

Personally, I’d swap the scissor jack out for a small floorjack for faster tire changes, but that’s optional.

“But I Don’t Want To Change My Own Tire!”

Yeah, most of us get roadside assistance either with our insurance or from the manufacturer. If you’re paying for the service of having someone else change the tire, why bother with having a spare, right? Truth is, there are still good reasons to have a spare, even if you don’t want to get your hands dirty.

First off, you might be somewhere with poor or zero cell signal on a road trip. Changing your own tire sucks, but at least you’ll have the option. I personally carry a radio on road trips (with my Amateur Radio or “ham” license I can get help almost anywhere), but I know that’s not something everyone is going to do. Having that spare tire can save the day in rural areas.

Having a spare tire someone else can slap on is also helpful when the tire shop or service center is out of tires. Sometimes it can be days or even weeks before they can have something to put on your car, so it makes sense to have other options to keep driving until that happens.

Roadside service can put the spare on for you, and then you can be on your way. That lets you handle dealing with tire repair or replacement on your own terms, and time is money, right?

I know some people will argue that automakers (especially Tesla) have some noble intent behind not including a spare tire, but to me it’s simply not worth the hassle of waiting for a tow truck (they’re usually 45 minutes or more out) over something I can solve myself in 5-15 minutes. Being able to go to the tire shop later, when it’s convenient, is also helpful.

I know getting a spare isn’t the best option for everybody, but with all of the complaining I see about getting flat tires, it’s something people should at least consider.

In this article:EV tires, tires 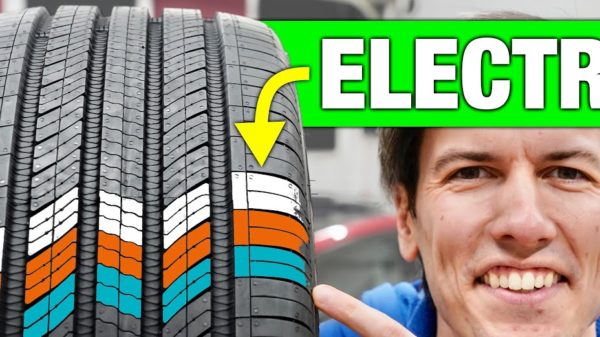 Electric Car Tires — Learn All About Them With Engineering Explained

There’s a lot of weird mystery around tires for EVs. Some people think a tire is a tire, and that EVs don’t need anything... The tires on an electric car can have a big impact on performance and range and tend to wear faster than drivers might expect.