Is there a car out there that can actually help you attract a mate? That was the question posed by Money UK‘s research team in their Driving Attraction study. How did they conduct the research? According to Salman Haqqi, the team “created identical dating profiles across a variety of cities in the world, where the only difference was the make and model car featured on the profile.”

And, it turns out, “Throughout the pandemic, the popularity of dating apps has risen to all-time highs, with stats from Tinder showing that singles were making as many as 1 billion swipes per day in 2020–21.”

And, “the competition is fierce, with research finding that men could expect a match rate of just 9% and women a slightly more respectable one of 56% per 5,000 swipes.” That said, could having the right car in your dating profile photo improve your chances of finding (ahem) love?

Using the dating profile photo as a test bed of sorts, Money‘s research team “tested over 70 models of vehicles from 30 car brands, across multiple countries to get an average view on how car brands performed in comparison to our control profile which featured no car at all.”

Okay, so what was the result? According to Haqqi, “Our research found that when it comes to dating, there’s no better vehicular wingman than a Tesla, with profiles featuring a Tesla Model S getting up to 113% more matches than those with no car at all.” 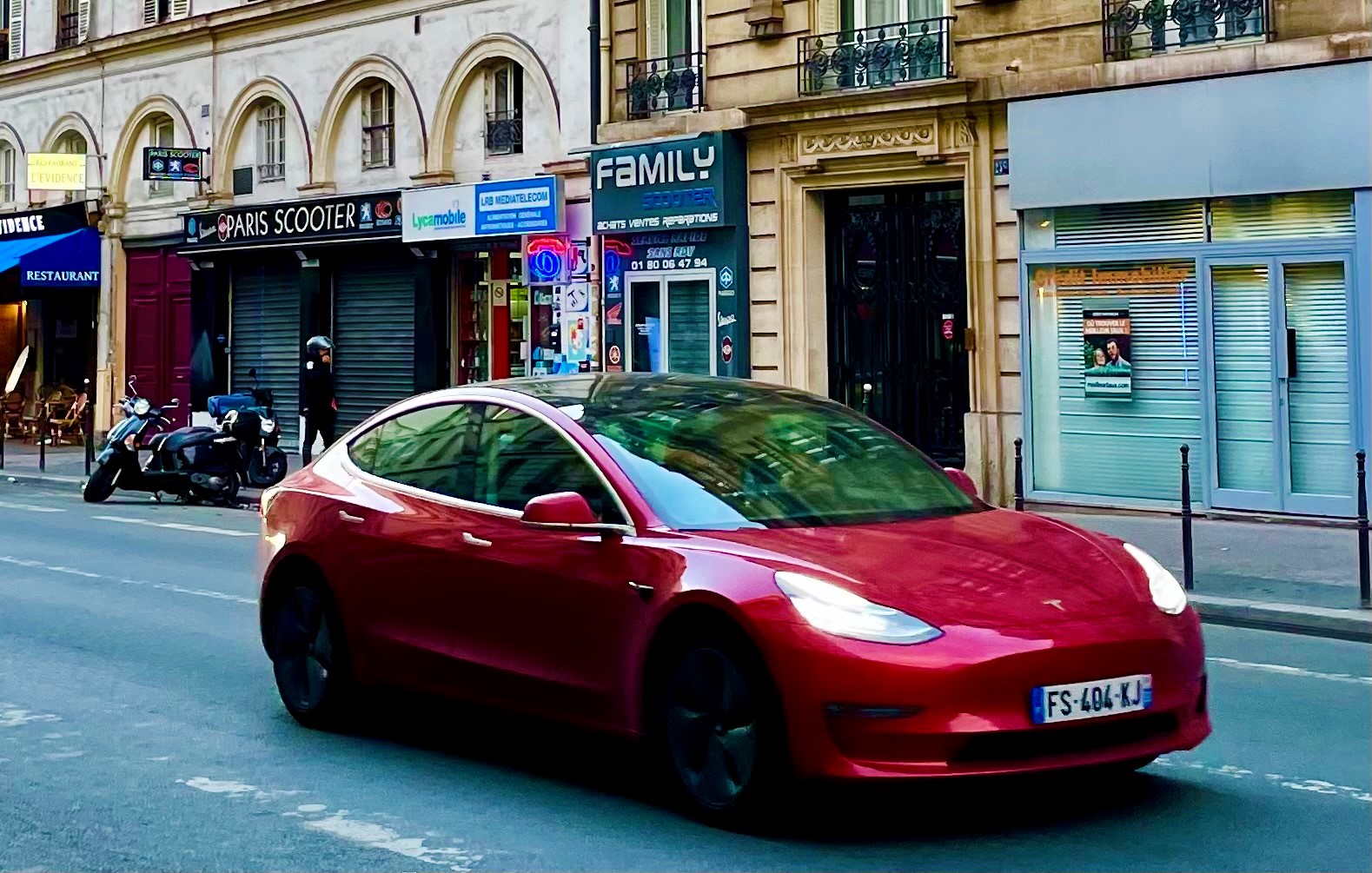 Tesla in Paris, by CleanTechnica

“On average, owning a Model 3 or Model S from the California car manufacturer, could raise your curb appeal by up to 110%, pulling ahead of luxury car makers Land Rover (57%), Porsche (73%), and even Aston Martin (99%) to take pole position as the hottest car in town,” according to Money UK’s research study.

Based on sex, “if you’re a man, Tesla, Aston Martin, Porsche, Land Rover and Audi were the most likely car brands to land you a date. … For women, the story was the same, if less stark. Tesla again took the top spot, with an 11% uplift in matches when compared to no car at all.”

Interestingly, according to Haqqi, “Our study found that overall, it was the badge not the model that mattered. For instance, while the Tesla Model S took the top spot, the more ‘affordable’ Model 3 produced a comparable swipe rate, despite being nearly £30,000 cheaper.”

The Driving Attraction study concludes, “it’s pretty clear that the right ride can boost your odds of getting a date … [and] a Tesla could significantly improve your chances of finding love, so unless you’re a Bitcoin millionaire, it might be worth snapping a few photos if your next Uber is a Model 3, before you hop in.” Appreciate CleanTechnica’s originality and cleantech news coverage? Consider becoming a CleanTechnica Member, Supporter, Technician, or Ambassador — or a patron on Patreon. Don't want to miss a cleantech story? Sign up for daily news updates from CleanTechnica on email. Or follow us on Google News! Have a tip for CleanTechnica, want to advertise, or want to suggest a guest for our CleanTech Talk podcast? Contact us here.
In this article:dating, dating apps, Tesla, Tesla Model 3, Tesla Model S