Multiple news sources are reporting that Tesla has begun using lithium-iron phosphate (LFP) battery cells in its Megapack grid-scale storage systems. LFP has some advantage and disadvantages when compared to the traditional nickel cobalt aluminum (NCA) or nickel, manganese, cobalt (NMC) batteries typically used to power electric cars. The advantages include not using nickel or cobalt, both of which are going up in price as the demand for electric cars accelerates. In addition, mining cobalt has significant environmental and humanitarian issues. Leaving those elements out helps lower the cost of manufacturing battery cells.

The downside is that LFP batteries are less energy dense than traditional battery cells, which is why they are a perfect fit for the entry level Tesla Model 3 Standard Range + in China but not for the mighty Model S P100D with Plaid+ Mode. The change in battery chemistry was alluded to by Elon Musk in the most recent conference call with investors. “However, stationary storage, the energy density is not as important because it’s just staying on the ground, and so I think the vast majority of stationary storage will be iron-based lithium-ion cells with an iron phosphate cathode, technically. But the phosphate part is unnecessary. It’s really just the iron or nickel.” 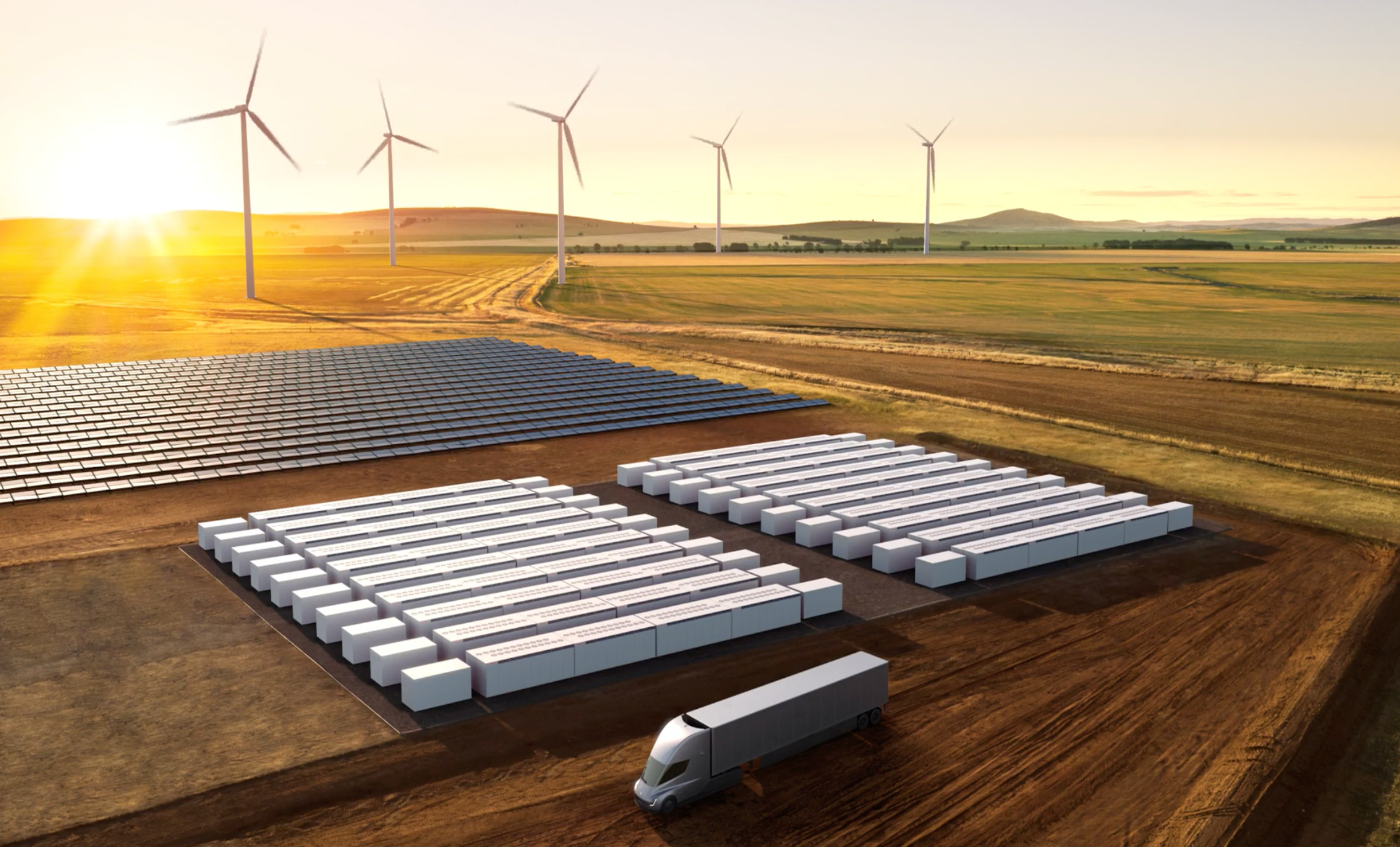 Teslarati is referencing a research note [pay wall] by Canaccord Genuity analyst Jed Dorsheimer that says, “Tesla announced that Megapack will be using LFP cathode batteries, similar to the entry-level Made-in-China Model 3/Ys. This is significant, as Tesla ramps up their grid-scale energy storage product without drawing further on an already supply-constrained nickel-based battery production capacity used in 2170s.”

Each Megapack has a maximum energy capacity of 3 MWh, making it one of the largest energy storage systems on the market. With its shipping container size enclosure, it can be installed quickly and scaled easily to meet the needs of  individual customers. Tesla says the Megapack requires 40% less space and 10× fewer parts than storage battery systems available today from its competitors.

During that earnings call, Musk responded to a question from New Street Research analyst Pierre Ferragu about Tesla’s expectations for its energy business. “We’re aiming for comparable margins in storage as in vehicle. But it is important to bear in mind that vehicle is more mature than the storage. So, we already are at margins with the Powerwall. But some additional work is needed for the Megapack to achieve good margins. We have a clear runway for improving the cost per the megawatt-hour of the Megapack.”

LFP battery cells also require less complex cooling strategies than NCA and NMC batteries, lowering costs even more. As Teslarati’s Simon Alvarez notes, “A more affordable Megapack is a formidable product, as it would make it far more reasonable than less sustainable alternatives. It could effectively accelerate the inevitable obsolescence of dirty peaker plants.” That, of course, is the raison d’être for battery storage — to eliminate climate-killing emissions from coal- and gas-fired generating plants.

Lower battery storage prices will only move the renewable energy revolution forward faster, something that will be essential if we wish to keep the Earth suitable for human habitation. Free market types are always screaming about letting the market decide. Here’s a caveat for those people who are opponents of renewable energy: Be careful what you wish for. You just might get it!

Have a tip for CleanTechnica, want to advertise, or want to suggest a guest for our CleanTech Talk podcast? Contact us here.
In this article:LFP, LFP batteries, lithium iron phosphate, Tesla Megapack, Tesla Megapacks Lathrop, CA Leases 9 Acres Of Land To Tesla For $1 To Support Parking For 1,500 Employees

The California city continues to bend over backwards for Tesla. Gotion High-Tech, based in Shenzhen, China, announced this week it has signed a supply and localization agreement with a major publicly traded US auto...

Tesla To Buy 45 GWh Of LFP Batteries From CATL

Tesla and CATL have struck a deal for 45 GWh of LFP batteries and are talking about more.