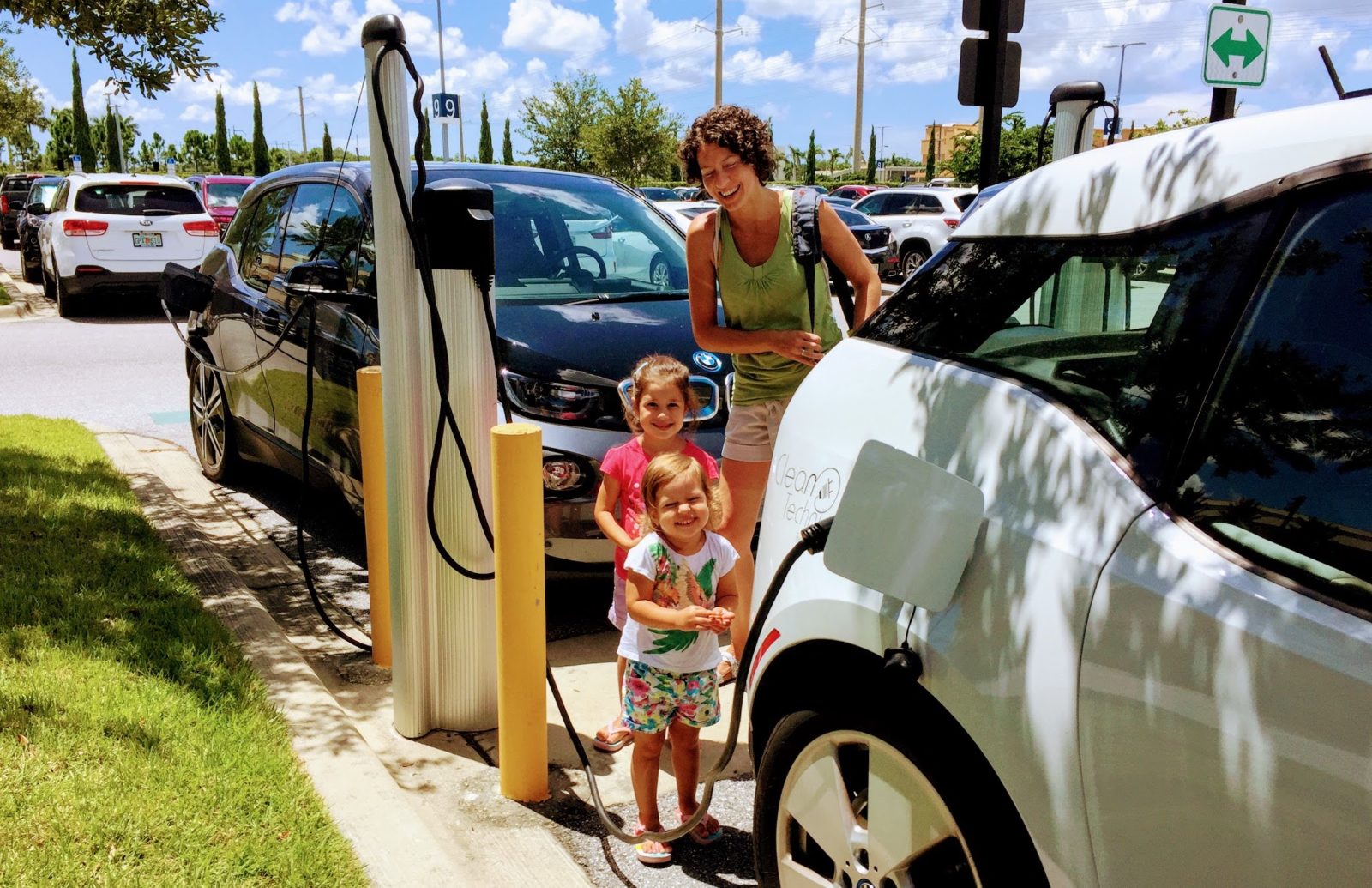 As I walk around Portland, Oregon, these days, I see more electric cars on the road, and a fair number of them have female drivers. This is surprising based on what we know about electric vehicle sales in the past. According to a 2021 report from Hedges and Company, in the year before the pandemic, 75 percent of all-electric vehicles across the board were sold to men. Amy Hillman, second from the left, cofounder of Women of EVs (WEV), is pictured with other WEV current and former board members.

Maybe 2021 will be different, especially if the industry works harder to market electric vehicles to women. These past few months, I’ve researched vehicle buying habits from my layperson’s point of view. I’ve spoken with women of all ages and backgrounds to get their thoughts about electric vehicles — why they have yet to buy one or what made them finally take the plunge. At the risk of making generalizations about my gender, I hope my insights will prove useful. Women want information that reaches them where they are

Car dealerships have catered to men for decades, and those selling electric vehicles are no exception. Worse still, the majority of those who work in the industry are men, and presentations about electric vehicles are too often led by men who speak in the language of engineers and fail to tune into what many women want to hear about.

I recall a few years ago talking with a guy who had just bought a Chevy Bolt. He waxed on about performance and battery life, using lots of acronyms. While he was obviously well-informed, he failed to reach me. I see now that if he had simply told me to stand behind his shiny new Bolt and breathe deeply while it was on, I would have been sold. I’m not alone. Women tend to care more about the environment than men do, and for good reason. Air pollution from internal combustion engines is particularly harmful to pregnant women and children. Because women are typically more attentive to health concerns than men are, they have been more likely to get the coronavirus vaccine. Electric vehicle promoters would do well to emphasize to women how replacing gas-powered cars with electric ones will not only improve the quality of the air we all breathe, but the health of those we love.

Because women put a higher value on practicality when purchasing a car, they will likely appreciate knowing that charging is not only getting faster and becoming more readily available, but that vehicle range is also improving, or how far an electric vehicle can travel before needing a charge. Many 2021 electric vehicles now have ranges of upwards of 200 miles, with a few models able to go more than 600 miles before needing a charge. For women with range anxiety, as it’s called, knowing about these higher ranges should help alleviate their fear of being stranded, especially on long trips.

Women want to know that anyone can master charging

Since the pandemic began, lots of women have been faced with juggling multiple responsibilities, such as grocery shopping and caring for children and loved ones, all while struggling to remain employed. The idea of having to master one more thing, in this case learning how to charge a car, can seem overwhelming. Some feel intimidated by the technology itself, a feeling reinforced by an automobile executive who last year made the sexist claim that charging might be harder for women to manage. It simply isn’t true.

Charging is easy for practically everyone. I’ve now watched plenty of women charge their cars. They all did so without difficulty and without complaint. Even better, there weren’t any toxic gasoline fumes lingering in the air around them, another selling point for women.

Because women still make less money than men, a situation made worse by the pandemic, transportation costs are often a legitimate concern for them, something electric vehicle manufacturers should consider as well. While it’s great to promote luxury models, it’s not the best way to expand the market to women in general. It’s worth noting that the majority of electric vehicle buyers in 2019 were white men who made more than $100,000 a year.

Fortunately, we now have a myriad of choices in the electric vehicle market and many are reasonably priced. Used electric cars and leasing options make them even more affordable. Because electric cars don’t require gas and need fewer repairs, they’re actually cheaper to own in the long run.

Under the Biden administration, they are becoming more affordable still, with federal tax credits of up to $7,500 off the price of an electric vehicle. In Oregon, an additional $2,500 rebate may also be available. By making electric vehicles less expensive, more women will be able to buy them. A Forth Team “Ride and Drive” in Oregon.

Women want cars and trucks to be safe and quiet

Perhaps one of the biggest influences on our buying habits, regardless of gender, comes from the entertainment industry. Too many movies and TV shows feature noisy cars and trucks with men revving their engines and then peeling out, a cloud of exhaust in their wake. Electric cars are the antithesis of this stereotype, providing a quiet ride many women appreciate, even with the added sound to protect pedestrians.

That said, electric cars can be ridiculously fast, with some models able to reach 60 miles per hour in just over two seconds and achieve top speeds of over 200 miles per hour. While these are exciting stats, they appeal primarily to men, who get more speeding tickets and have more accidents than women. Selling women on vehicle safety and a peaceful ride will prove to be far more effective than emphasizing speed and performance. Female salespeople can be better at addressing the concerns women have when buying a car. They’re able to show potential customers that women are not only knowledgeable on the subject, but they can project a different image of an electric vehicle enthusiast. As one woman put it, the key to getting women to drive electric cars is knowing another woman who drives one.

Looking to the future

Whatever their gender, salespeople and advocates in the electric vehicle industry should be ready to answer questions about how electric vehicles are manufactured and dispel any misconceptions, especially when selling to women. Fortunately, environmental concerns about the industry are being addressed every day, including right here in the United States. Obtaining lithium through a greener method, for example, is underway in California. In addition, as President Biden works to phase out electricity from fossil fuels, more electric vehicle owners will be able to rely on solar and wind power.

We are at a pivotal moment in our history. We can make clean electric transportation the norm across the country, and we’re off to a good start. To achieve this, however, we need to listen to women. If industry and policy makers ignore their concerns, they’ll likely have trouble bringing electric vehicles fully into the mainstream. We need to give women from all backgrounds a voice, and we need to do it now. Better yet, let’s ask women what they want and then let them lead the way.

In this article:Forth, Oregon, Portland, women, Women and EVs, Women of EVs After a century of dependence on oil, we are in the midst of a dramatic transformation of our transportation system. This transformation will have...