The first month of Northern Hemisphere spring 2021 was warmer than average across the globe according to the global climate summary for March 2021 from NOAA’s National Centers for Environmental Information. The combined land and ocean surface temperature was 1.53 degrees Fahrenheit (0.85 degrees Celsius) warmer than the twentieth-century average. Although this was the smallest warm anomaly since 2014, it was still the eighth-warmest March for the planet in the 142-year record. Largely as a result of climate change, the warmth was globally widespread, with many ocean and land areas ranking as “much warmer than average” and several areas ranking as “record warm.” Fewer areas were cooler than average: pockets of the Northern high latitudes, the Pacific Ocean — including the tropical Pacific, thanks to La Niña — much of the Southern Ocean, and some of Australia.

As it always is, precipitation patterns were more variable than temperature, although overall there was somewhat of a wet-to-dry gradient across the land areas of the planet from the Eastern Hemisphere to the Western Hemisphere. Large parts of Asia, the Maritime Continent, and Australia experienced more than 100 percent of their average precipitation in March. Meanwhile, much of Europe, and North and South America received less than 100% of their normal March precipitation. 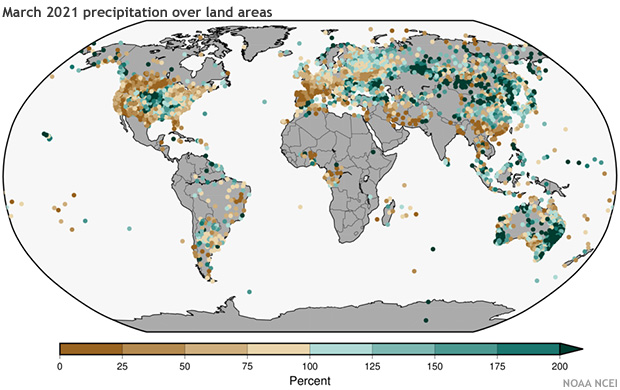 March is the month when Arctic sea ice usually hits its maximum winter extent, and this year’s ice extent — the area of the ocean where sea ice concentration is at least 15 percent — occurred on March 21. The ice cover was the seventh-smallest winter maximum in the 42-year satellite record, and the March monthly average was 5.1 percent smaller than the 1981-2010 average. 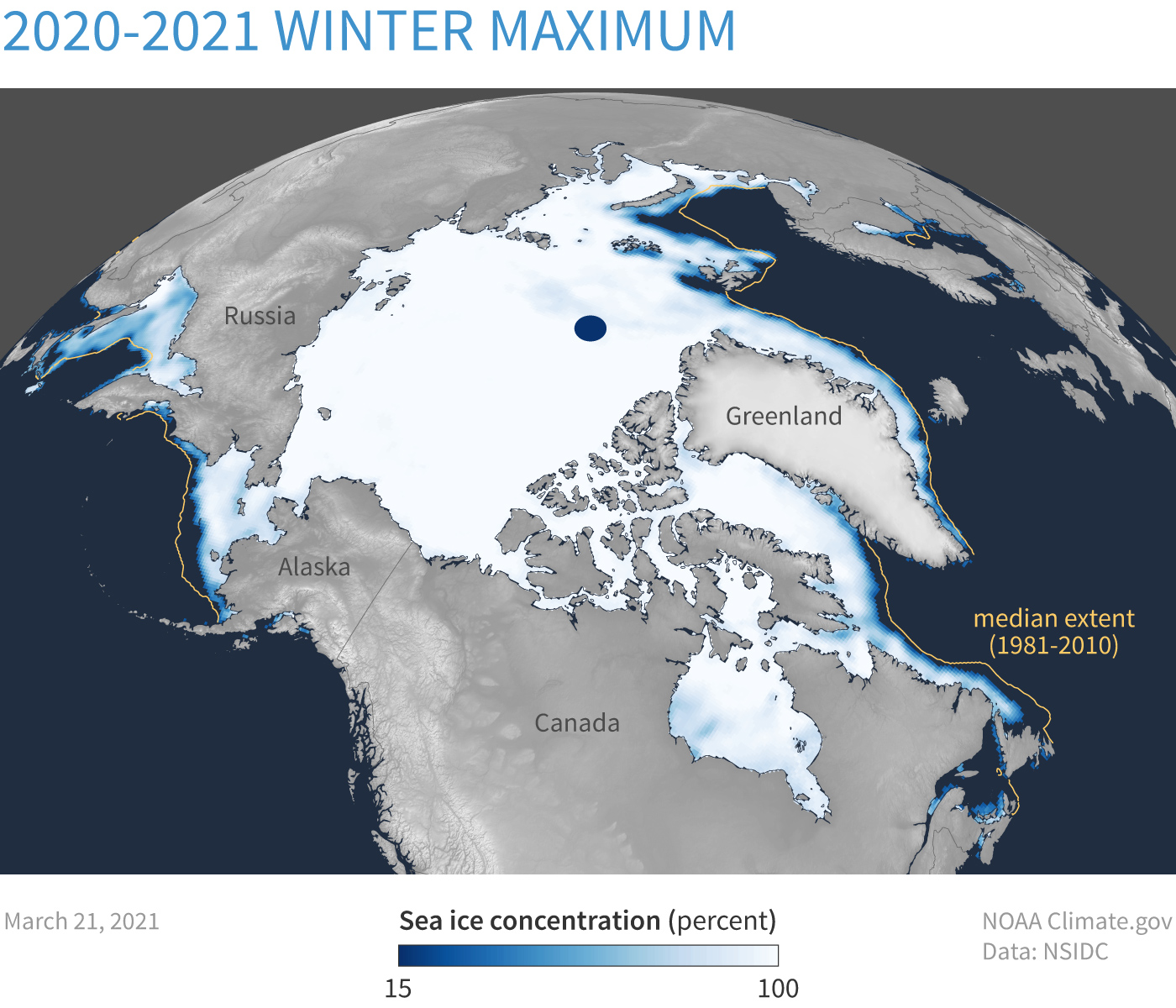 For more March and year-to-date statistics about our home planet, check out NCEI’s State of the Climate summary and report.

This monthly summary, developed by scientists at NOAA National Centers for Environmental Information, is part of the suite of climate services NOAA provides to government, business, academia and the public to support informed decision-making. Image Assessing the Global Climate in March 2021 | News | National Centers for Environmental Information (NCEI) (noaa.gov)