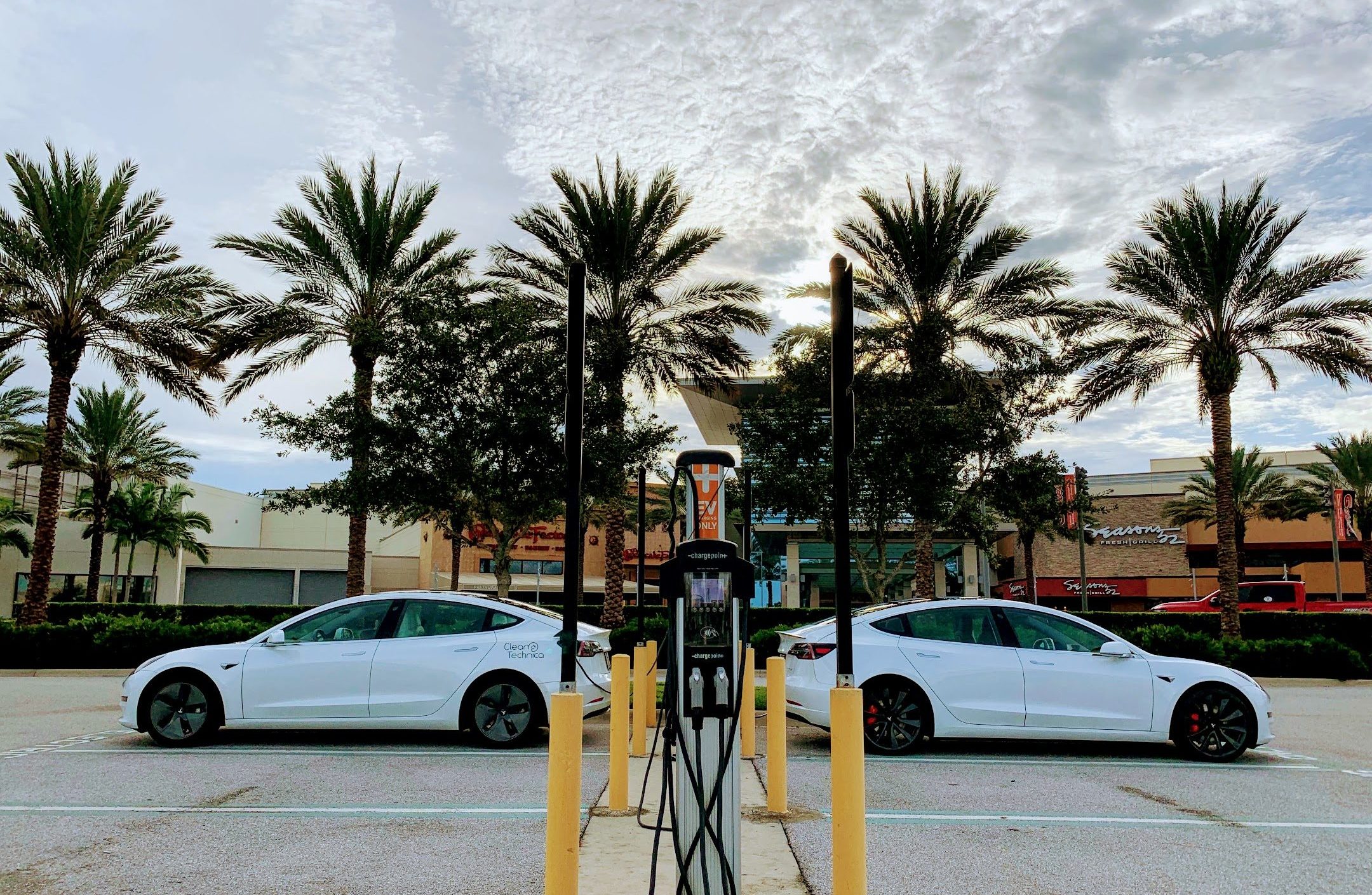 Charging stations at a shopping mall.

One of the most fun and exciting electric vehicle stories of the past year has been watching European countries score notable electric vehicle market share. Aside from the direct climate and public health benefits of more electric vehicles replacing gas- and diesel-fueled cars, the uplifting thing about this is that it shows one thing super clearly: when automakers and their dealers actually try, they can find many people willing and eager to buy electric cars. The old talking point that consumers just don’t want electric cars becomes obviously moot, irrelevant, and a lie, if we want to be frank about it.

Technically, it’s hard to get precise data on US electric vehicle sales, since some automakers don’t delineate sales of EV versions of models that come in a variety of powertrain options, and Tesla’s official sales data are not even split out by region. But there are ways to try to piece it all together, and the overall picture is that the EV market share of the US market is pitiful, perhaps 2–3%, with Tesla accounting for something like 70–80% of those sales. Plugin vehicle market share of the European market was 14% in January — and that’s typically a bad month for electric vehicles! In December, the figure was 23% (14% full electric vehicles), and it was 11% for the year as a whole (6.2% full electric vehicles). And Tesla had about half as many sales in Europe last year as in the USA. There’s actually a lot at play here, not one simple regulation or two, so let’s dive into a few matters before considering whether the US could catch up to Europe’s 14%+ share soon-ish (let’s say by 2023 as an ambitious target).

EU fuel economy regulations: The EU’s more aggressive fuel economy (or CO2) regulations just hit in 2020, and they grow moving forward. Automakers tried for years to water them down without really getting anywhere with regulators. Automakers realized they either had to evolve or die, so they have been evolving. Consumers are happy.

Dealers vs. dealers: In a series of articles in January 2019 (see here, here, and here), Maarten Vinkhuyzen explained why the US EV market was going to get short-changed for the foreseeable future and China and Europe would get priority. I do not intend to condense those articles into one tiny paragraph, but one point is that European consumers and American consumers shop for cars differently — with Europeans much more commonly specifying the details of the car they want and ordering it months in advance, and Americans more typically going to a car dealership and trying their best to win the paperwork armwrestling match with the dealers for a car they can find on the lot. This means that Americans are even more at the mercy of dealers, and if automakers are not pushing hard enough on dealers, most dealers are not inclined to offer you an EV, let alone try to sell you one. In Europe, aside from the more common tailored pre-ordering, dealers have been roped into the game much more now since everyone knows that automakers have to sell EVs or die.

Availability: Yes, this was touched on above, but it is worth emphasizing that you simply cannot get many EV models in most US states. Only a small number of EVs are genuinely sold across the nation. It’s hard to get the EV market share up when people can’t buy EVs.

Range: I know some people will disagree with me, and I may be wrong, but I think there is a difference in range needs in the US versus Europe. Yes, Europeans also take long road trips, and that’s when range is really needed for max convenience. However, first of all, many Americans consider whether an EV can get them from one coast to the other (which is an insanely long trip that I’m sure people make much less commonly than it seems) and, much more seriously, from the bottom of one coast to somewhere near the top. It’s not that uncommon for family to live far north or south along a coast. Secondly, there’s a lot of seriously low-cost flight options in Europe — more so than the US. Third and last on this topic, average annual miles drive are about half as much in Europe than the US. What that means is that there’s much less daily driving for commutes and errands. While this still isn’t much of an issue in the US in my mind, that’s not the case in many American minds. I’ve spoken to several Americans who even think that a Tesla Model S or Model X Long Range doesn’t have enough range for basic needs. I have a hard time understanding that, but I also know it’s a common opinion of a considerable number of people here. What all of this adds up to, imho, is that many Europeans are willing to buy today’s “medium- to long-range” electric vehicles, whereas it’s hard to find Americans who think that the range of vehicles like the Hyundai Kona EV, Volkswagen ID.4, or Ford Mustang Mach-E are adequate (assuming those models are even available in their area).

All of this makes it very hard to be optimistic about electric vehicle sales from any automaker other than Tesla in the United States. Americans can pass good policies too, policies that make automakers and their dealers try. California has fairly good EV market share in the grand scheme of the global EV market, and it was responsible for many of the EV models automakers produced for years. Other states are potentially getting much more serious about EVs too. NRDC published the following useful perspective yesterday:

“Virginia Governor Northam signed into law a bill to join 17 other states that have adopted or are considering adoption of a ‘Clean Cars’ program — setting the Commonwealth up to become the leader in electric vehicles in the South. By adopting a Clean Cars Virginia program, Virginians will now have more choice on the types of clean vehicles they want to buy, while also cleaning up the air and reducing climate changing pollutants.

“Looking beyond the Commonwealth, Virginia may be the latest state to adopt the Clean Cars standards, but it will not be the last. There are several other states that are looking to hop aboard the EV train.

“Pennsylvania: The Keystone State adopted part of the Clean Car standards over ten years ago, but the Department of Environmental Projection recently announced plans to adopt the rest of the standards this fall, which will increase the number of EVs available to Pennsylvanians.

“Minnesota: The Land of 10,000 Lakes is currently considering adopting a Clean Cars Minnesota program supported by a multitude of organizations.

“Nevada: The Silver State is looking to cash-in on a Clean Cars Nevada program by adopting a program this year to also attract more EV offering to their state as well as cleaner, gasoline fueled vehicles.

“Washington: The Evergreen State also signed into law a bill last year requiring its Department of Ecology to begin a rulemaking for a Zero Emission Vehicles (ZEV) program.

“If these states adopt these clean car programs, 40% of the US automotive market would require automakers to increase EV deliveries and make them more available to consumers.

“There is reason to believe the clean cars trend will continue. Other states have also shown interest in supporting clean transportation in order to achieve their climate goals and improve air quality. North Carolina, for example, has a goal of getting 80,000 EVs on the road by 2025 — adopting the Clean Cars standards will help the state get to this goal.”

There is movement. There is momentum — as small as it is today, it will grow. If Democrats could push through some solid support while in power in DC, that could go a long way as well.

In this article:Europe EV sales, EV sales, US EV sales