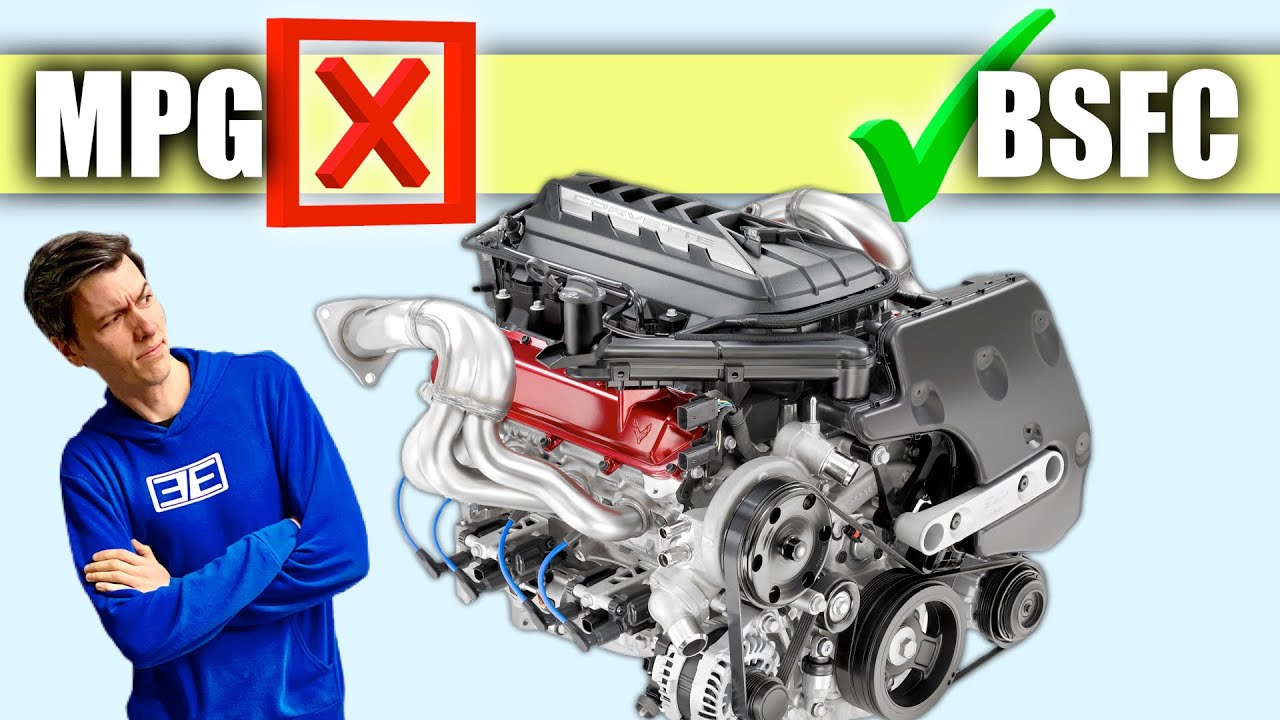 In a recent video, Jason at Engineering Explained showed some better ways to compare the efficiency of different engines. While the focus was on combustion engines, the concept he introduces can teach us several important things about electric vehicles.

First, here’s the video (more from me below)

The basic takeaway that we need to get from this video is that efficiency is a complicated thing, and this is true for EVs as well as gas cars. While an electric scooter will probably get a lot more miles per kWh than an electric car, if the motor and other systems in the scooter aren’t that efficient, it could be using a lot of energy when you consider what kind of work it’s actually doing.

Or, let’s look at something crazy like the Tesla Semi. Sure, the Tesla Semi is going to use a lot more electricity than a Model 3. But is it less efficient than the Model 3? Probably not. The Semi’s EV system is carrying 40 tons around while the Model 3 weighs a little under two tons. A fully loaded Semi is going to weigh as much as 20 Model 3s, but won’t use 20x more electricity.

In fact, the Semi will get 1-2 miles per kWh while the Model 3 gets 3-5. That’s 20 times the weight for only 2-3 times the electricity. Thus, the Semi is a far more efficient vehicle.

Charging An EV From A Fossil Fuel Plant Is Still Better

One of the big “gotchas” people try to use against EVs is “your car is just coal powered,” or “long tailpipe.” If you look at the information in the video, that’s not at all the “gotcha” they think it is. Screenshot from the Engineering Explained video.

A person driving a gas-powered car has to row through lots of gears and the motor will experience a broad variety of engine RPMs and loads (throttle). Sometimes, it will be very efficient, like when it’s cruising on the highway. Sitting at a low RPM range with higher loads puts the car pretty close to the sweet spot. But stomp on it and downshift, and suddenly you’re in the part of Jason’s map where you get the worst efficiency.

Even if your electricity mostly comes from fossil fuels, you’re still better off than the gas car. That’s because the power plant’s engines or turbines can be set at their most efficient place on the map, and just left there while turning the generator and producing power. So, you’re getting max efficiency while the gas car is all over the place.

Plus, power plants can use combined cycle turbines. Turbine engines are already more efficient than piston engines, but they also have a steam turbine that generates more power using the waste heat from the first turbine’s exhaust. Your friend’s gas car, on the other hand, just wastes all of the waste heat.

Not only is “your” engine at peak efficiency, but its efficiency is a lot higher.

EVs Have Maps, Too Image by US Department of Energy, Oak Ridge National Laboratory

While you can’t use “brake-specific fuel consumption” for electric motors and inverters, you can map out where they get the most work for each unit of power taken from the battery pack. The above chart is for an early Nissan LEAF, but you can find similar charts for most EVs.

On this chart, red is more efficient while blue is least efficient. At best, gas cars are about 40% efficient, while at worst, an EV is around 70%. That means that at worst, the EV is turning most of its energy into movement, while the gas car is wasting most of its fuel. The RPMs on  most EV efficiency charts directly correlate to speed as long as the wheels aren’t slipping. So, 3000 RPM will always equal the same speed. This is because most EVs only have a single-speed gear reducer and not a multi-speed transmission like a gas car does.

While the EV is better at being efficient across a wide range of RPMs, it’s still better at some speeds than others, so they’d still benefit from having a transmission like the Porsche Taycan does, or different front and rear gear ratios like a dual motor Tesla. I discuss this in great detail in another article, but the big takeaway from this is that EVs are going to get even more efficient as they optimize for keeping the electric motor in the right range.

If you look at the chart for your vehicle, you can get an idea of how to get the best range from your EV. Using the LEAF map above, it’s pretty clear that you wouldn’t want to stomp on the accelerator pedal from a dead stop. That would put you in the top part of the chart, where it’s least efficient. You also wouldn’t want to take off super slowly, only lightly touching the pedal, because you’d drag the car along the bottom of the chart, getting the worst efficiency. Sorry, Grandma.

Your best bet in this case would be to start with light acceleration and gradually increase how hard you press the pedal as the vehicle increases in speed, which would take you up to maximum efficiency the quickest way possible. Things max out at around 50-55 MPH, though. Once you’re going faster than that, you’re losing efficiency again.

What we can learn from all this is that EVs are more efficient, from power plant to the wheels. Bigger EVs are also more efficient, pound-for-pound. It runs contrary to what many people think, because they assume that a certain amount of energy is needed to move vehicles, and they figure that EVs will use an equivalent amount of energy compared to the gas car. What gets used and what gets wasted makes a big difference, though.

If every one knew these facts, most of the lies about EVs would evaporate.

Appreciate CleanTechnica’s originality and cleantech news coverage? Consider becoming a CleanTechnica Member, Supporter, Technician, or Ambassador — or a patron on Patreon. Don't want to miss a cleantech story? Sign up for daily news updates from CleanTechnica on email. Or follow us on Google News! Have a tip for CleanTechnica, want to advertise, or want to suggest a guest for our CleanTech Talk podcast? Contact us here.
In this article:Engineering Explained We’ve all seen it. Insufferable fanatics of fossil fuels, seeking to win an argument against electric vehicles, pull out what they think is the...

A recent video at Engineering Explained (one of my favorite YouTube channels) took on the topic of synthetic fuels. If done correctly, they’re carbon... I have to admit that it was a little weird to see Jason Fenske, the guy who runs the Engineering Explained YouTube channel, start... In a recent run at Laguna Seca, The Kilowatts spotted a neat feature on a Tesla Model S Plaid: a new active spoiler that’s...