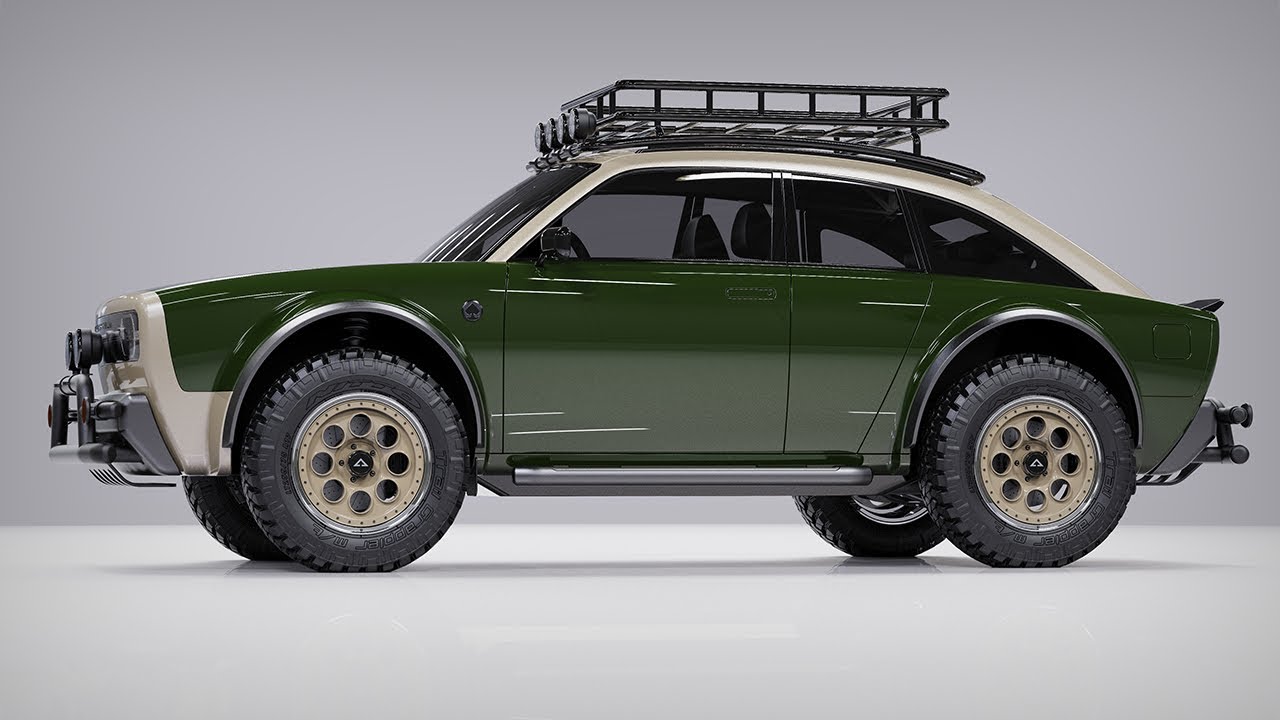 Unfortunately, it’s not that AMC. The cool Eagle 4-wheel drive hatchbacks and wagons haven’t been around for a long time, but a new company with the same initials is building something that looks eerily similar and is just as cool.

For the younger Millennials and Gen-Y readers, let’s take a quick look at the old 4-wheel drive Eagle cars so you can see what I’m talking about here.

Some writers have looked back and say that Eagle pioneered the crossover category. The cars were still cars (and wagons), but they were lifted up a bit and had some serious off-road chops for a car. The American Motors Corporation’s (AMC) plans for the vehicle were prophetic.

The company figured that consumers would still want AMC Jeeps (it owned the brand at the time), but that other consumers would want something more comfortable and fuel efficient that could still do some light off-roading. To do this, they took an existing car platform, lifted it up a bit, and created a limited-slip 4WD system based on viscous coupling. This enabled the company to offer full-time 4-wheel drive on pavement or off.

The result was a vehicle that pioneered a whole new market segment, landing mid-way in price between vehicles sold by Subaru and more expensive Jeeps and truck-based SUVs. In the following decades, the category grew into the crossover segment of today.

AMC was eventually bought by Chrysler, which spun the Eagle into a Jeep-Eagle brand, which was ruined by Chrysler in the 90s by replacing the vehicles with lower quality Fiat clones that didn’t hold up the way the older Eagles did. By the 90s, the Eagle was dead.

Unfortunately, people wanting their crossovers to look like larger SUVs has robbed the segment of the style and car-like qualities that it started with in the 1980s. The whole category of 4-wheel drive cars has basically been abandoned except for Subaru’s offerings (which are pretty good, aside from longevity issues).

I can’t find any reference to the old AMC Eagle on the Alpha Motor Corporation website, as that would probably upset Chrysler, but it’s pretty clear what they were aiming for here. The company’s past reveals showed us retro-inspired vehicles, and this one is definitely inspired by the off-road cars of the 1980s, before they lost their character to people wanting to look big.

It’s going to be available in either front- or 4-wheel drive, so you’ll be able to do some light off-roading with it. It seats four, and will be able to tow, too. The first vehicle was unveiled with a woodlands inspired green color, to look like the redwoods of California, the company said.

“JAX™ strongly demonstrates the range and versatility of the Alpha ACE™ product line, and is designed for consumers looking for solid four-wheel drive performance without the carbon emissions.” the company’s press release said. “More importantly, it represents Alpha’s commitment to move humanity with innovations in electric vehicle modularity, customization flexibility, and practicality.”

Why This Is So Cool

It’s very refreshing to see a new electric vehicle that isn’t a boring, generic crossover. As I’ve pointed out in the past, crossovers are ruining everything. When Mitsubishi brought the Eclipse back, they brought it back as a crossover. Chevrolet had a grand opportunity to bring the Blazer back as a real SUV, but instead it brought it back as a boring crossover that looks like the Camaro.

To Ford’s credit, when it built a Mustang crossover, it was small, relatively low to the ground, and still has the lines of a Mustang. The company gets a pass here for not making something that looks like a Toyota.

But seriously, while crossovers have lots of cargo room, are comfortable, and functional, they don’t have everything that drivers need.

Yes, they’re functional, and somewhat economical, but they don’t have any flavor. People want some excitement, uniqueness, and fun with their lives. When everyone is driving the same boring black-and-white crossovers that all look like each other, it would be like eating synthetic snot-like vitamin supplements with protein every morning. Nobody really wants to do that.

A vehicle like the JAX is like going to the people on the Matrix’s Nebuchadnezzar and offering them fresh eggs, bacon, orange juice, and toast for breakfast. Merely fulfilling our practical needs without providing something for the human soul isn’t surviving at all. You slowly die inside.

A Lost Opportunity For Major Automakers

The mainstream automakers like Volkswagen, GM, and Honda are feeding us bowls of vitamin-snot for breakfast. The ID.4 will be available in the United States, but the cool ID.3 isn’t going to be sold here. 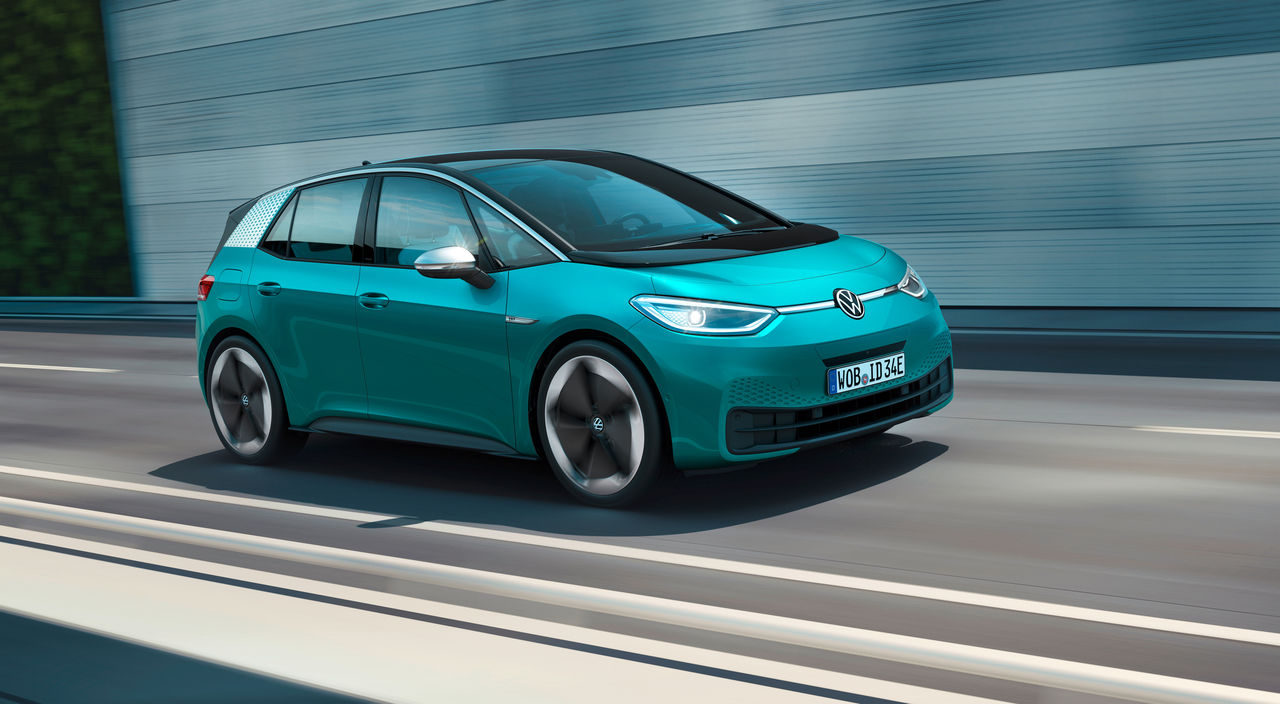 The VW ID.3, available in Europe but not the boomer US. Photo by VW.

Germans figure that Americans won’t want the ID.3, but there’s a minority segment of the population that would eat the ID.3 up. Or, better yet, sell us the Dune Buggy, or an electric version of the iconic and retro Beetle! Perhaps the worst travesty foreign automakers have imposed on the US population was the lack of the Honda e in the States.

After seeing all of these interesting and cool retro-inspired cars in this article so far, can you honestly tell me you’d rather have something like this? 2019 Chevrolet Blazer Premier in an exciting and eye-catching grey-silver color. Image by GM.

Fun styles that stand out on today’s road, clad in interesting colors and shapes are something that a good portion of the automobile-buying public craves. There really are people who want cool cars, even in 2021. It’s a poor reflection on us that we’ve succumbed to boring and ugly utilitarianism at the expense of the spice of life: variety.

Americans! We can do better. Start buying interesting cars in cool colors, or I’m going to go back in time and bring the 9-year-old version of you to beat you up. You know you have it coming.

Don't want to miss a cleantech story? Sign up for daily news updates from CleanTechnica on email. Or follow us on Google News! Have a tip for CleanTechnica, want to advertise, or want to suggest a guest for our CleanTech Talk podcast? Contact us here.
In this article:Alpha Motor Corporation, AMC, Chevrolet (Chevy), Crossovers, GM, Honda, JAX, Mitsubishi, suv, Toyota