Some neighbors depend on each other for a cup of sugar or dog-walking. But in the Colorado neighborhood of Basalt Vista, the residents are closer than most: They share their electricity. 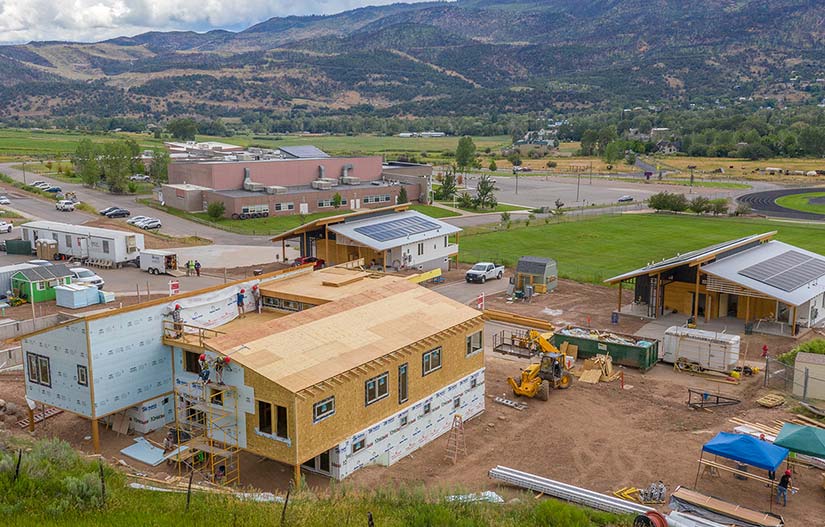 In the few years since the National Renewable Energy Laboratory (NREL) began exploring autonomous control algorithms for energy systems, a variety of experimental and real-system successes like Basalt Vista have made the NREL vision of Autonomous Energy Grids (AEGs) a reality. A recent feature story in IEEE Spectrum magazine covers current progress and the opportunities ahead for AEGs.

The story was written by an NREL team that leads the international AEG effort. The authors first introduce the Basalt Vista neighborhood, where AEG algorithms are now optimizing community energy resources like electric vehicles, home batteries, water heaters, and rooftop solar. These algorithms originated from ARPA-E innovations at the frontier of distributed control.

The authors then look forward, and discuss the upcoming importance of AEGs as an engine for the entire grid:

“Can a network as large and complicated as a national power grid really operate in a decentralized, automated way? Our research says definitely yes,” the authors wrote. “Projects like the one at Basalt Vista are helping us figure out our ideas about AEGs and demonstrate them in real-world settings.”

AEGs will relieve the traditional centralized grid by enabling efficient, distributed management of modern energy devices. It is a scalable architecture to optimize incoming renewables and inverter-interfaced power plants. This new architecture emphasizes microgrid compatibility, so that subsections of the larger grid can safely island and reconnect.

The authors see opportunity for AEGs in every domain of the future energy system.

“We’re now studying what this idea will look like throughout an energy system — within a wind farm, inside an office building, on a factory complex — and what effects it will have on power transmission and distribution,” they wrote. “We’re also exploring the market mechanisms that would favor AEGs.”

The story will feature in the December print issue of IEEE Spectrum under the title “Good Grids Make Good Neighbors.” This story complements a more technical overview of AEGs, also published recently in IEEE Power and Energy Magazine.