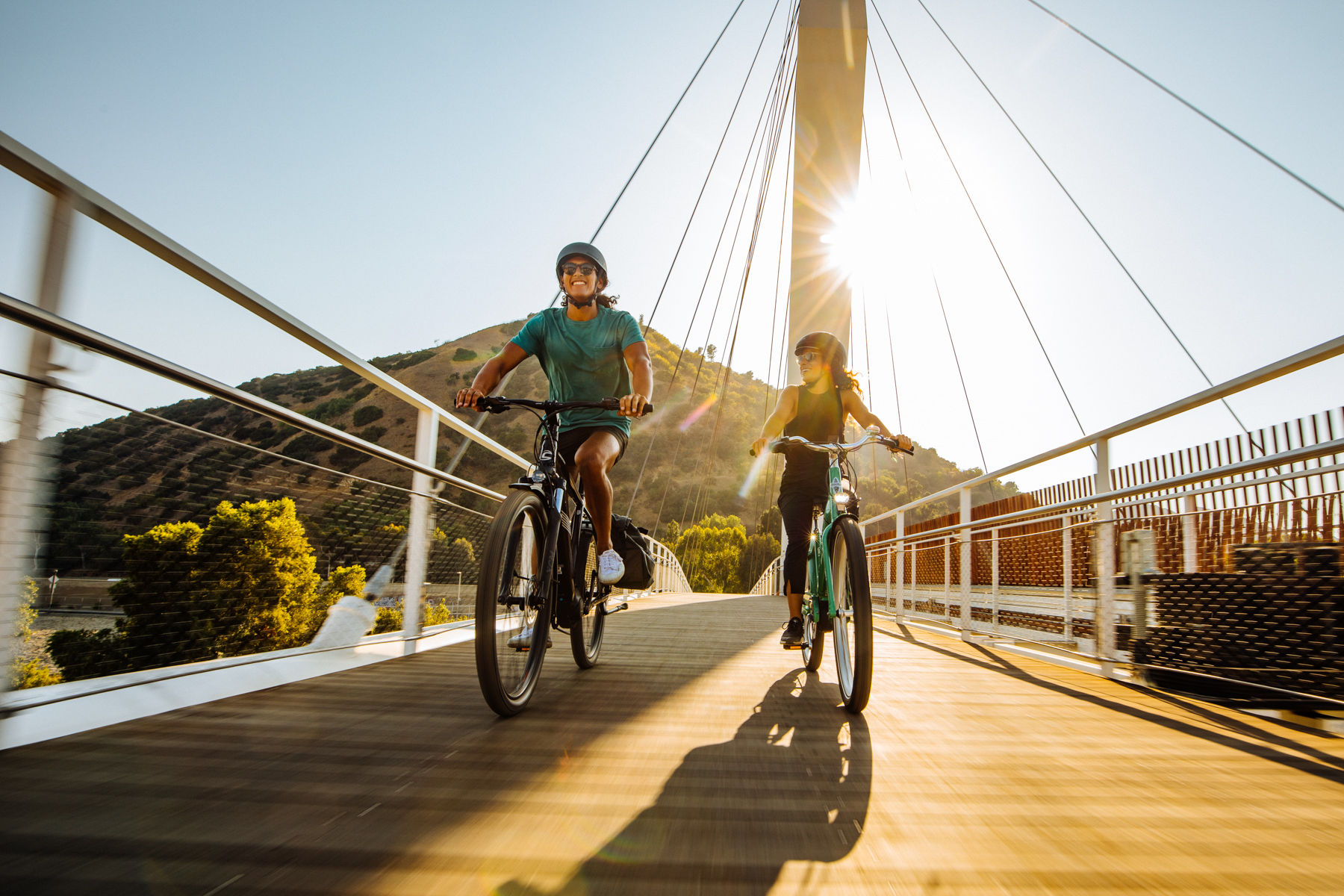 Let’s talk about the study and its provenance first. Health benefits of electrically-assisted cycling: a systematic review was published November 21, 2018 in the International Journal of Behavioral Nutrition and Physical Activity (IJBNPA), an open access, peer-reviewed journal with a very respectable impact factor of 5.548. That means a lot of people cite articles in IJBNPA in later studies. It’s a credible source with typically high-quality content. The lead author, Jessica Bourne, and the other authors are all associated with the University of Bristol in the UK, specifically its Centre for Exercise, Nutrition and Health Sciences, School of Policy Studies and the NIHR Bristol Biomedical Research Centre.

The study itself is a systematic review. That’s second from the top of the pyramid of medical evidence. Given the quality of the publication and the quality of the evidence level, we can take these results seriously, and know, among other things, that they are not overstated.

So the study is very solid evidence of high credibility. But what does it find?

That’s quite positive actually. The translation of the conservative wording is that it’s healthier than walking over the same distances and is much better than being sedentary.

There are provisos, of course, and the study team was careful to call them out.

“Evidence of the impact of e-cycling on metabolic and psychological health outcomes was inconclusive. Longitudinal evidence was compromised by weak study design and quality.”

All these sentences say is that no study lasted long enough or was structured well enough to determine if people were actually healthier long term using electric bikes. Some studies focused on weight loss, and as the current literature finds, weight loss is 80% intake and 20% output. Many studies make it clear that being sedentary is unhealthy, and being active at the level of walking and above are healthier.

The relative lack of evidence in this space is more of a concern. Only 17 studies were sufficiently robust to pass muster and be considered in the systematic review. That’s part of the process of a systematic review by the way, to define the criteria for inclusion and carefully assess the quality of the studies. Bad science and anecdote need not apply. 11 of them were acute, meaning that they put people on electric bikes and measured their heart rates and the like, and 6 were longitudinal, which means that they tracked health outcomes over time. As the proviso says, the longitudinal studies weren’t that strong.

But still, if we accept that walking is healthy, then electric bicycling is healthy, especially over longer distances. As a 2017 study assessed in the systematic review concluded:

“… changing the commuting mode from car to E-bike will significantly increase levels of physical activity while commuting.”

A 2014 peer-reviewed and published survey of over 500 US electric bike users found that they traveled further with more cargo, and found a common thread that the target market was not necessarily current cyclists, but those who found cycling challenging for one reason or another.

“Results suggest that e-bikes enable users to bike more often, to travel longer distances, and to carry more cargo with them. Additionally, e-bikes allow people who otherwise would not be able to bike (because of physical limitations or proximity to locations) the ability to bike with electric assist.”

A pair of studies out of the Netherlands are interesting. The first found that electric bicycles were used for trips on average of 14.1 kilometers (8.8 miles). The second study showed that normal bicycles were used for trips up to 7.5 kilometers, although it didn’t provide an average. This suggests good empirical evidence for what is anecdotally obvious: people with electric bicycles ride them further.

And with further travel, health benefits improve. If the average person travels double the distance at half the intensity, that’s a similar total exertion. For commuting, which typically isn’t a time trial aiming for intensity training outcomes, this is very reasonable.

But the studies don’t cover other health aspects worth considering. As CleanTechnica reported, there are higher severity injuries and even occasional fatalities for rider and pedestrians being reported. Some of them are related to unexpected speed and mass on the part of the rider, and others are related to poor cycling infrastructure. Neither are insurmountable and both are at low enough levels that they fall into the background of improved population health.

The next aspect is more important. Electric bicycles aren’t replacing other bicycles for trips, but are often replacing cars. And electric bicycles have zero point-of-use emissions and do not contribute to road congestion. Electric cars are zero point-of-use emission of course, but still cause congestion with its attendant commuting-related health challenges. The health impacts of pollution are well understood, and lengthy commuting times in cars have been linked to a wide range of health ailments, including hypertension and obesity.

While some cyclists consider electric bicycles to be solely for the lazy and unfit, they should consider the evidence. Anything which gets more cyclists on the road increases safety for all cyclists. And electric bicycles are much healthier than driving for all involved.

There’s one last element to be considered, something which has come into sharper focus since this article was published two years ago. North America has many more electric bikes with throttles, not pedal-assist. Europe requires pedal-assist for any bike on the roads or paths, but that’s not the case in many other jurisdictions, such as in the United States. There’s a strong potential that many North American riders are treating their electric bikes as electric mopeds, and pedaling rarely if at all. As such, the personal health benefits they accrue are lower or nonexistent. However, the societal health benefits are just as strong.