As many know by now, the EU has put in place a regime that punishes carmakers that pollute “too much” — called Corporate Average Fuel Economy (CAFE) standards.

The complete fleet sold in the EU in a year is not allowed to have more than 95 gr/km CO2 emissions. Some companies with bigger and heavier vehicles, like Mercedes, are allowed a bit more, while other companies with mostly smaller cars, like Fiat, are allowed less.

These mandates were first set in 2009. What was expected of the industry in 2020 was known long in advance. The industry was expected to comply with lighter vehicles and clean diesel engines, and the emissions were measured with the easily manipulated NEDC system.

In the meantime, though, NEDC was replaced by WLTP, which is far less easy to manipulate. Additionally, diesel was discovered to be not very clean, and cheating on the emissions tests made it worse. The public does not love diesel anymore. What the public does love are bigger, heavier, less efficient CUVs and SUVs that produce more CO2, not less. These three setbacks (“disasters” in management speak) happened around the same time, about 3–4 years ago.

The Industry Needed a Plan B

No carmaker that produces legacy fossil fuel vehicles (FFV) was in compliance at the start of 2020. Some did prepare, getting electrified models ready to launch in 2020. Others got help from electric vehicles makers, like Fiat pooling with Tesla. The unprepared had the choice of paying huge fines or selling fewer FFV.

There were three roads open for the carmakers in the run-up to 2020 to solve this problem:

For those that did not believe this would become reality and refused option three, there was no solution. They just can’t sell more highly profitable vehicles than are compensated by their small models or hybrid low-emission models. The coronavirus crises was an unexpected help in keeping their sales down.

The CAFE fines are not difficult to understand. At least, when ignoring all the small perks to make them more acceptable to the big carmakers and car-making countries. A walkthrough of the calculations all CFOs have been doing will show this.

If you are emitting more than you are allowed to emit, you will be fined €95/g per vehicle that you are over the limit. For the ease of discussion, we use 95g/km for all companies.

Our hypothetical carmaker Blow-Your-Mind does not like to make BEV. Converting some models to plugin hybrid (PHEV) is a far better option. Plugin hybrids have a ridiculously low expected CO2 emission per km, which gives them the same super-credits as BEVs. They are easier to make and easier to sell. The customers will hardly notice the difference, they don’t really have to do anything different from what they are doing now, and those €6 billion in fines are gone — a nice addition to the profit.

Let’s illustrate the value of PHEVs in the real world. 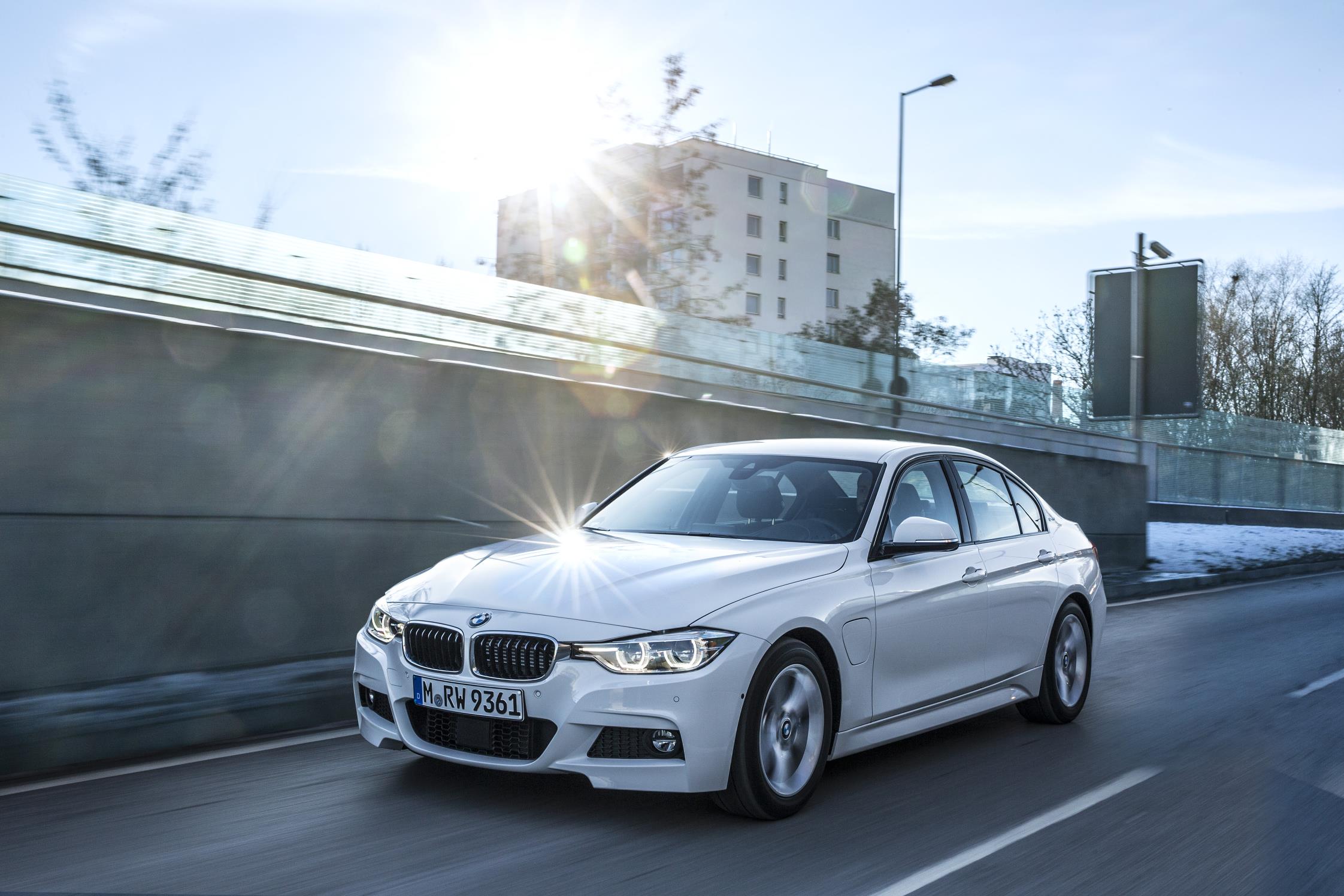 Another example, the Audi Q5, is supposed to emit only 46–49g/km, depending on some bells and whistles. An auto as big as the Q5 will likely emit around 130g/km or more on the road in the real world. Using the same computation as above, that is between €8,740 and €9,310 in saved fines.

The roads the industry is taking. Designing and building the new cars they needed for the lower emission regulations would normally take about 7 years. That was clearly not an option for those that needed to start from scratch.

Renault-Nissan had aging BEVs (Leaf and ZOE) that could have saved them. But a civil war and new, sometimes clueless leadership made them lose their way. Renault is looking for salvation by way of hybrids and plugin hybrids. Nissan is likely hoping that Renault and Mitsubishi are selling enough low-emission vehicles to be spared another humiliation, being the EV pioneer that failed to comply. 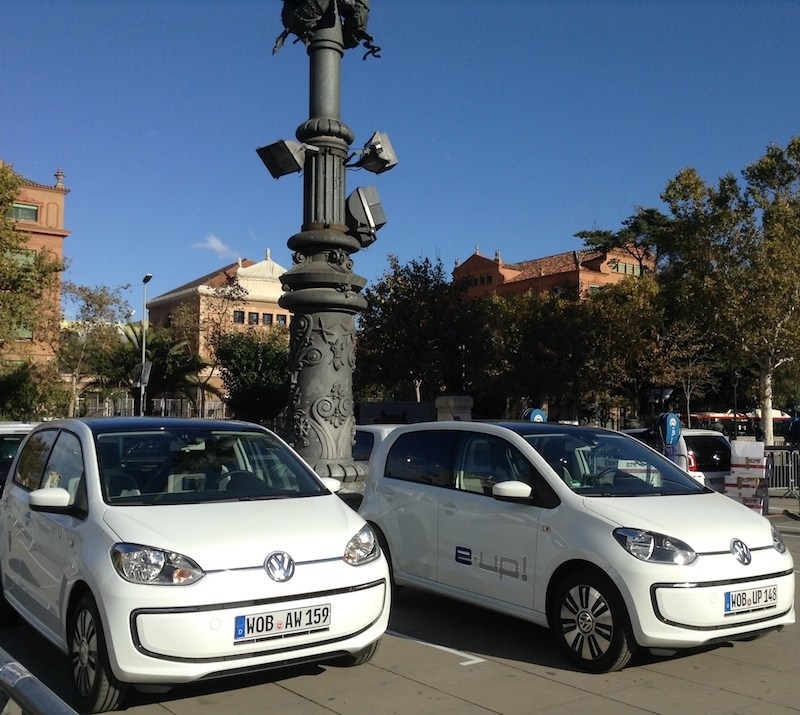 Even Volkswagen Group needed some extra buffer. They sacrificed their A-segment mini cars, VW Up!, SEAT Mii, and Skoda Citigo (aka VW triplets) by making them electric. To force the market to buy them, the production of the fossil fuel versions was stopped.

VW triplets were only produced in a batch of 60,000 vehicles. Why so few, nobody knows. A small number for three brands is not a profitable way to make and sell BEVs. In the A-segment, you have to target 5 to 10 times that number to get to the economies of scale needed for profitability with lower prices. Nevertheless, 2020 production was sold out in a few months. With expected delivery dates reaching 2022, the sales have stopped. New orders are not being accepted anymore.

It is unclear whether all orders for eMii and eCitigo will be produced next year. The current message to dealers is that eMii and eCitigo will not come back after the current backlog is fulfilled. SEAT eMii and Skoda eCitigo will go out of production. If the sales of the VW Up! will start again, it will get the whole production capacity, and hopefully a bit more than just the 60,000. There is also an ID.# successor for the A-segment in the pipeline.

The ID.3 and later the ID.4 will be profitable. They are made in different volumes. The Audi e-tron is a sales success, and the last year of the e-Golf is its best year in volume sales due to heavy discounts. But even Volkswagen Group needs the sale of PHEVs to avoid paying large fines. Volkswagen Group has the best EV strategy and the most products in the pipeline of all major OEMs. Its main problem is that the Group sells so many millions of fossil fuel vehicles.

The PSA Group was just in time with its e-CMP multi-powertrain new platform. Scaling production fast enough is its challenge. Giving its moneymakers in the C- and D-segment a plug without altering too much is also for PSA the panacea for this impossible situation.

The rest of the industry has bigger problems than Volkswagen Group, the Renault-Nissan-Mitsubishi Alliance, or PSA. They needed crash programs to have something that lowered their average emissions just in time. For solutions, they are looking into hybrids, plugin hybrids, a dozen different other solutions, and even diesel. Removing the dirtiest models from the catalog is not excluded. They do not seem to realize that the emission goal will get lower and lower until it is zero, though. All the research into non-BEV solutions is a waste of money.

They are looking for ways to make more fully electric models. They have accelerated their plans to develop dedicated BEV platforms and autos on those platforms. But the main defense is to convert many models to hybrid or plugin-hybrid powertrains, making hybrids they should have done years ago. It is a good way to lower CO2 emissions.

Plugin hybrids are nearly as good as BEVs when always plugged in. They can be worse than normal fossil fuel burners when never plugged in. Their popularity comes from the very optimistic WLTP calculations about their CO2 emissions as described above. A recent survey shows that the real-world emissions are 2–4 times higher than the WLTP numbers. For company cars (the main market for these PHEV), it is even 3–4 times as high.

Selling PHEV is a way of avoiding paying fines now, but it is not a lasting solution. Sooner or later, real-world emissions numbers will be used, and that will be the end of the PHEV as a means to comply with the mandate.

The new European regulations for emission are here to stay. They will only get tougher. Making the current models hybrid is not enough to lower the emissions to the levels mandated. The only way to not pay the fines is to make all models fully electric, or to stop making cars.

The carmakers are afraid the public is not willing to buy electric. They are wrong. That the sales of vehicles with a plug are rising while the rest of the market is in deep recession is not a feat of the salesforce. The public is always willing to buy the best and cheapest solution, aka BEV.