Brush up on your distributed wind knowledge! The following are some key points and fun facts about the U.S. distributed wind market. This article is part of the Energy.gov series highlighting the “Top Things You Didn’t Know About Energy.”

10. Distributed wind power is used at or near where it is generated, as opposed to wind power from wholesale generation, where power is sent to consumers via transmission lines and substations. Employed by households, schools, farms, industrial facilities, and distributed energy providers, distributed wind doesn’t only refer to small-scale turbines; it includes any size turbine or array of turbines that generates power for local or on-site use. 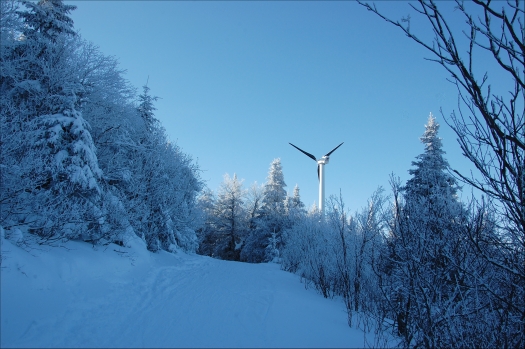 9. People have used wind energy for more than 2,000 years to pump water and grind grain. In the 19th century, wind-powered water pumps made life possible in arid regions of the United States and Australia by tapping and bringing water to the surface from deep aquifers. Between 1850 and 1970, more than six million small wind turbines were installed in the U.S. alone, primarily for water pumping. Read more about the history of wind energy.

7. There are many different types of distributed wind consumers, including residential, agricultural, industrial, commercial, governmental, institutional, and utility. Different turbines are deployed to meet the specific needs of each consumer.

6. In Utah, the U.S. Army is using distributed wind to generate its own renewable energy on-site. There are two wind turbines at the Tooele Army Depot — including a 1.79 MW model made operational in 2016 — that meet 60% of the Depot’s energy needs.

5. Faster wind speeds mean more electricity. Wind speeds at 30 meters above the ground — an average height for distributed wind installations — can be found across the country. Check out this residential-scale wind resource map to see how strong the winds are in your area.

4. Reducing utility bills and hedging against potentially rising electricity rates are common reasons for installing distributed wind. In addition, many utilities compensate the distributed wind (or other generation) owner for excess energy generated that gets returned to the grid — a practice called “net metering.” 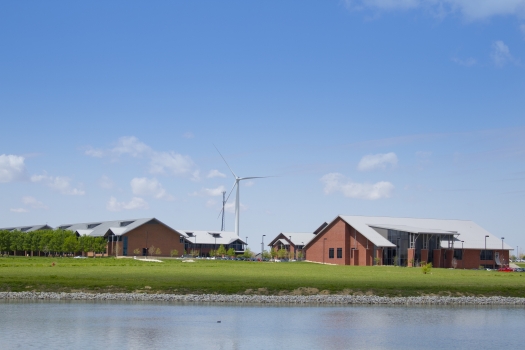 3. As the distributed-wind marketplace matures, third parties are providing certification of small and medium wind turbines to ensure turbines perform as advertised. The International Code Council–Small Wind Certification Council lists the small wind turbines it has certified on its website. The U.S. Department of Energy encourages consumers who are interested in purchasing small wind turbines to buy ones that are certified. It should be noted that wind technologies must be installed in specific wind resources to operate as intended.

1. Distributed wind contributes to the growth of U.S. exports. Since 2012, more than 70 MW of U.S. small wind turbines have been exported to at least 26 different countries representing a value of over $400 million.