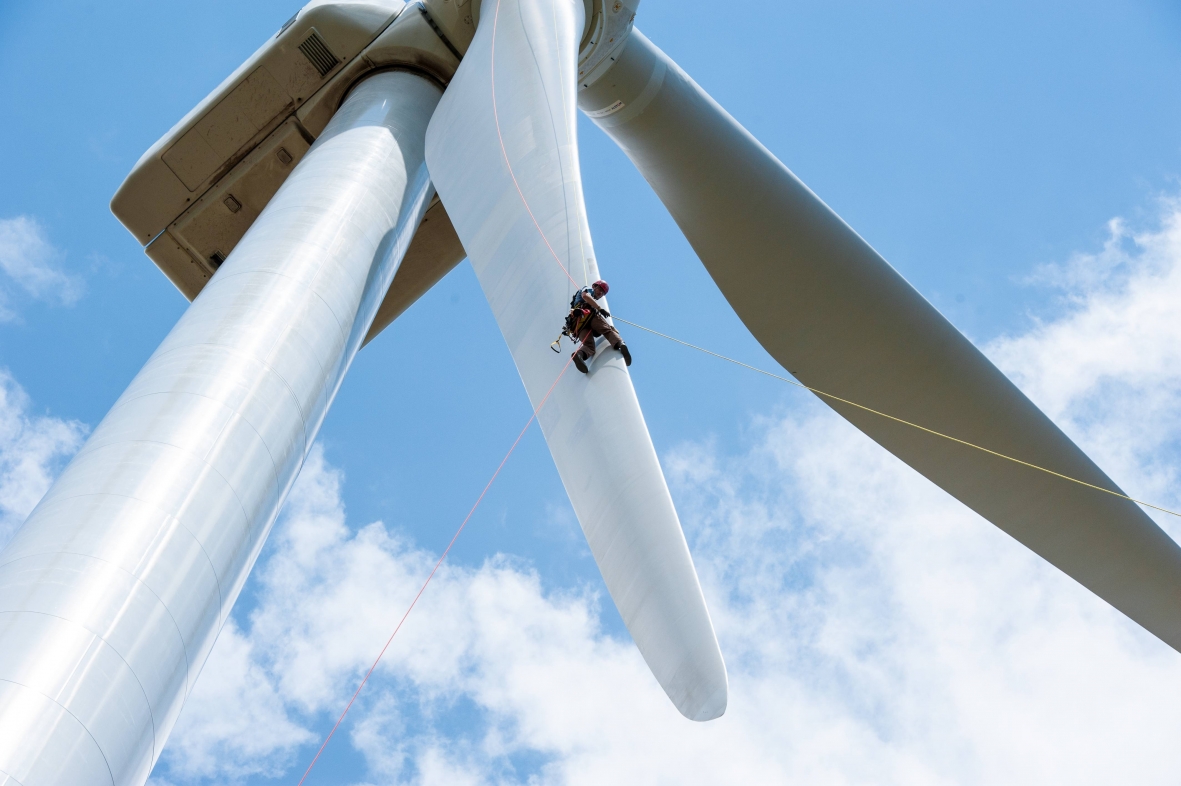 Brush up on your knowledge of wind! This article is part of the Energy.gov series highlighting the “Top Things You Didn’t Know About Energy” series.

9. Today’s wind turbines are much more complicated machines than the traditional prairie windmill. A wind turbine has as many as 8,000 different components.

7. Higher wind speeds mean more electricity, and wind turbines are getting taller to reach higher heights above ground level where it’s even windier. See the Energy Department’s wind resource maps to find average wind speeds in your state or hometown and learn more about opportunities for taller wind turbines in a report from the Energy Department’s National Renewable Energy Laboratory.

6. Most of the components of wind turbines installed in the United States are manufactured here. There are more than 500 wind-related manufacturing facilities located across 43 states, and the U.S. wind industry currently employs more than 114,000 people.

5. Offshore wind represents a major opportunity to provide power to highly populated coastal cities, and the nation’s first offshore wind farm was installed off the coast of Rhode Island in 2016. See what the Energy Department is doing to develop offshore wind in the United States.

3. The United States’ wind power capacity was 105,591 megawatts at the end of 2019, making it the largest renewable energy source in the United States. That’s enough electricity to offset the consumption of 29.5 million average American homes.

2. Wind energy is affordable. Wind prices for power contracts signed in the last few years and levelized wind prices (the price the utility pays to buy power from a wind farm) are 2–4 cents per kilowatt-hour.

1. Wind energy provides more than 10% of total electricity generation in 14 states, and more than 30% in Kansas, Iowa, and Oklahoma.

Don't want to miss a cleantech story? Sign up for daily news updates from CleanTechnica on email. Or follow us on Google News! Have a tip for CleanTechnica, want to advertise, or want to suggest a guest for our CleanTech Talk podcast? Contact us here.
In this article:Carbon Emissions, distributed wind, iowa, Kansas, National Renewable Energy Laboratory, National Renewable Energy Laboratory (NREL), NREL, Oklahoma, US Department of Energy (DOE), US Wind Energy, US wind power, usa