The Maid of the Mist, the New York State Office of Parks, Recreation and Historic Preservation, New York Power Authority, and ABB announced today that the Maid of the Mist, the iconic boat tour that has navigated the waters below Niagara Falls since 1846, has launched the first two new all-electric, zero-emission passenger vessels in the United States. Guests from around the world will now enjoy a smoother, quieter, and greener ride when visiting the nation’s oldest state park.

“Niagara Falls is a wonder of the world unique to Western New York and Maid of the Mist has given people from all walks of life an up-close look at its majesty for more than 150 years,” said Lieutenant Governor Kathy Hochul. “Having this natural wonder in our backyard means we have a special responsibility as its steward and protecting it for future generations. This new fleet of all-electric vessels will protect the health of our waterways and environment, and is another example of New York State building back better, smarter, and greener.”​​

“The launch of the James V. Glynn and Nikola Tesla, the first passenger vessels of their kind in the United States, will markedly enhance the visitor experience, providing a smooth, quiet trip to and from the base of Niagara Falls,” said Maid of the Mist President Christopher M. Glynn. “With no engine noise, our guests will be amazed by the sounds of nature and the roar of the falls they will hear from the decks of our vessels.”

New York State Parks Commissioner Erik Kulleseid said, “New York State Parks is committed to executing Governor Andrew M. Cuomo’s vision for protecting our environment and in making New York State the cleanest state in the nation. We also know that visitors feel good when they can do their part to protect our land and water while enjoying themselves. We thank the Maid of the Mist for their leadership in sustainable tourism.”

John R. Koelmel, Chair, New York Power Authority Board of Trustees, said, “As a life-long Western New York resident, I take great pride in the natural wonder we have in Niagara Falls and have always cherished our ability to share it with visitors from around the world. I am very proud of the leadership role that NYPA has taken to help make the electrification of the Maid of the Mist tour boats happen. The new and quieter zero-carbon boats will not only be better for our environment, but they will also allow visitors to better hear the incredible roar of the Falls. Congratulations to Chris Glynn and his Maid of the Mist team, the New York State Parks Department, ABB and all those involved in making this electrification come alive, once again, making the Buffalo/Niagara region a trendsetter in energy innovation and environmental stewardship.”

Gil C. Quiniones, President and Chief Executive Officer at the New York Power Authority, said, “The transportation sector currently generates the largest share of greenhouse gas emissions. In order for us to meet the Governor’s nation-leading target of a 85% reduction in greenhouse gas emissions by 2050, we must take bold actions now. The electrification of these two brand-new tour boats sets the example that we can electrify our economy which is good for our communities, our health, and our climate.”

The boats, named James V. Glynn and Nikola Tesla are the first passenger vessels of their kind in the United States. James V. Glynn is named in honor of the longtime Maid of the Mist Chairman and CEO James V. Glynn who is celebrating his 70th year with the corporation. Nikola Tesla is named for the Serbian-born engineer behind the design and construction of the world’s first hydro-electric power plant, located in Niagara Falls, N.Y. The first guests will be able to board the new vessels Tuesday, Oct. 6 at 10 a.m.

New York State Parks and New York Power Authority collaborated with the Maid of the Mist operators and ABB, a pioneering technology leader in digital industries, to make the electrification of the boats a reality. NYPA is providing clean, renewable hydropower for the operation of the vessels and has provided technical support on the electrification process. NYPA is going to also provide ongoing monitoring of electricity usage for the boats to ensure they are being energy efficient and cost effective. The new vessels are powered by high-capacity battery packs supplied and integrated by ABB. In addition to batteries, ABB has supplied a comprehensive integrated power and propulsion solution, including an onshore charging system, enabling sustainable operation with maximum reliability.

The blue and green color pattern on the exterior of the two vessels pays tribute to the fact that Maid of the Mist is investing in green energy to help preserve the natural wonder of Niagara Falls for generations to come. Prominent on each side of the vessels is a water droplet icon with three elements: waves of water representing Niagara Falls, a lightning bolt to symbolize electricity and the turbine to characterize hydroelectric power, with a blue line representing the water flowing from the upper deck of the vessel into the turbine.

“Maid of the Mist truly leads the way by building its new fleet with renewable electrical solutions and proving to the entire world that zero-emission transportation is achievable with today’s technologies,” said Juha Koskela, Division president, ABB Marine & Ports. “Much like Nikola Tesla, under the leadership of Christopher M. Glynn, Maid of the Mist is a trailblazer that is set to inspire many others to adopt sustainable technologies.”

During the Covid-19 global health crisis, the Maid of the Mist has implemented a number of operational changes to ensure a safe and enjoyable experience, including limiting occupancy in all boats and elevators at 50% capacity; placing physical distancing markers throughout the facility and boats as a reminder to maintain social distance; placing directional arrows and signage to remind visitors to maintain social distancing while guiding them in a way that minimizes contact with others; requiring all visitors to wear a face-covering as a condition of admission; enhanced cleaning; and health screenings for all staff.

The Maid of the Mist first launched in 1846, making it one of North America’s longest running tourist attractions. Maid of the Mist vessels have been continuously operating tours to the base of Niagara Falls for 134 consecutive years, providing guests from around the world with an iconic experience. James V. Glynn joined Maid of the Mist in 1950 as a ticket seller and purchased the company in 1971. Under his leadership and that of current president Christopher M. Glynn, Maid of the Mist has expanded operations, now attracting more than 1.6 million guests each season.

In 2012 Maid of the Mist faced closure in the absence of storage space for its boats on the New York side of the river. Governor Cuomo struck a deal to keep the boats running and produce increased revenues for Niagara Falls State Park. The Maid of the Mist Corporation agreed to invest $32 million in the former Schoellkopf Power Station site near the falls, in the Cataract City, to make it suitable for the winter storage and maintenance of its boats. The New York Power Authority owns the land at this site. NYPA provided clearance and technical support that enabled the boat operator to utilize the former Schoellkopf site for its boat launch and operations center. The new site replaced the previous winter storage location near the base of the Horseshoe Falls in Ontario. Also, under the memorandum, the company agreed to increase its license payments to the New York State Office of Parks, Recreation and Historic Preservation, totaling $105 million over 30 years – three times the revenues that were projected for the 30-year period when a contract was initially approved in 2002. 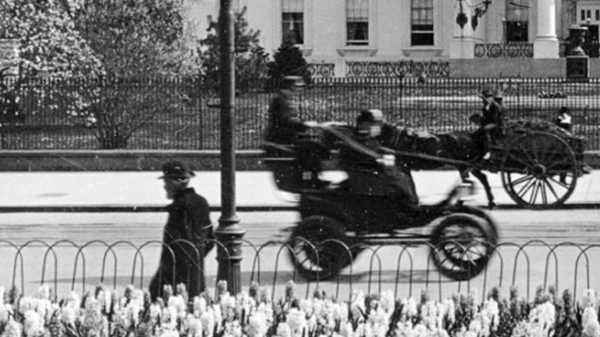