In 1979, a study by the National Research Council prepared by lead author Jule Charney laid out what would likely happen to average global temperatures if the amount of carbon dioxide in the atmosphere were to double compared to pre-Industrial levels. The Earth’s climate is incredibly complex, which makes any accurate analysis exceedingly difficult.

According to the Washington Post, climate scientists are faced with the daunting task of dealing with uncertainties in how the oceans and atmosphere respond to historical changes in solar output, the planet’s orbit, past periods with higher amounts of carbon dioxide in the air, as well as feedback on how various cloud formations act to trap or reflect heat energy.

The best Charney and his colleagues could do in 1979 was suggest a range of possible scenarios, from a low of 1.5° Celsius to a high of 4.5° Celsius. For those of you who prefer the Fahrenheit scale, that’s a range of 2.7 to 8.1 degrees. The numbers from 1979 became the focus of attention at the COP 22 conference in Paris in 2015, when the overwhelming majority of world nations agreed to take action to our planet from warming more than 1.5° C.

Four years in the making, the latest climate report prepared on behalf of the World Climate Research Program looks closely at three climate models and concluded the best case 1.5° C path is extremely unlikely to happen. In fact, the report claims there is a 66% chance the planet will warm over the next 5 decades between 2.6 to 3.9 degrees Celsius. If the warming reaches the midpoint of this new range, it would be extremely damaging, said Kate Marvel, a physicist at NASA’s Goddard Institute of Space Studies and Columbia University. If that happens, it will be the equivalent of a “five-alarm fire” for the planet, she warns.

If no slackening in the pace of carbon emissions takes place, there is a 6 to 18% chance that average global temperatures will increase by more than 4.5° C, in which case humanity’s goose will be well and truly cooked, both literally and figuratively. The research says there is a very small chance that global temperatures could increase by more than 5° C.

The issue for climate scientists is determining the sensitivity of the atmosphere to the concentration of carbon dioxide, which climate scientists define by the letter S. The new study finds the atmosphere is more sensitive to carbon dioxide than previously thought. The peer reviewed study was published recently by the journal Reviews of Geophysics. Here is the Plain Language Summary:

Earth’s global “climate sensitivity” is a fundamental quantitative measure of the susceptibility of Earth’s climate to human influence. A landmark report in 1979 concluded that it probably lies between 1.5‐4.5°C per doubling of atmospheric carbon dioxide, assuming that other influences on climate remain unchanged. In the 40 years since, it has appeared difficult to reduce this uncertainty range. In this report we thoroughly assess all lines of evidence including some new developments. We find that a large volume of consistent evidence now points to a more confident view of a climate sensitivity near the middle or upper part of this range. In particular, it now appears extremely unlikely that the climate sensitivity could be low enough to avoid substantial climate change (well in excess of 2°C warming) under a high‐emissions future scenario. We remain unable to rule out that the sensitivity could be above 4.5°C per doubling of carbon dioxide levels, although this is not likely. Continued research is needed to further reduce the uncertainty and we identify some of the more promising possibilities in this regard.

Dr. James Hansen, the noted climate scientist who testified about the danger of global warming to Congress in 1988, tells Science Magazine the new study is the payoff from decades of advances in climate science, “It is an impressive, comprehensive study, and I am not just saying that because I agree with the result. Whoever shepherded this deserves our gratitude.” Hansen’s granddaughter is one of the young plaintiffs in the groundbreaking climate justice suit Juliana Vs.US. His research was a foundation of the original Charney report.

The 25 researchers looked at three research streams — data from 1800 to the present, input from the study of clouds and how they can cool or warm the planet, and historical data from 25,000 years ago at the peak of the last Ice Age and 3 million years ago when carbon dioxide levels were similar to those on Earth today. Then the data from all three approaches was subjected to Bayesian statistics to create a unified final result.

Co-authors often butted heads, Kate Marvel says. “It was such a long and painful process.” The new result narrows the range from what Charney and his colleagues calculated while raising the lower bound. In other words, that 1.5° C lower limit that everyone has been talking about since 1979 is not realistic. The actual amount of warming will likely be significantly higher.

To reach their new authoritative estimates, the researchers required that multiple lines of evidence point to the same general conclusion and can be explained without being the result of a bias that influences one or more sources of evidence, the Washington Post says. “An important part of the process was to ensure that the lines of evidence were more or less independent,” says lead author Steven Sherwood, a climate scientist at the ARC Center of Excellence for Climate Extremes at the University of New South Wales in Australia in a press release. “You can think of it as the mathematical version of trying to determine if a rumor you hear separately from two people could have sprung from the same source or if one of two eyewitnesses to a crime has been influenced by hearing the story of the other one,” he said.

Andrew Dessler, a climate scientist at Texas A&M University, said in an e-mail to the Post, “It would have been great if the skeptics had been correct and climate sensitivity was, say, 1.5°C, but that’s not the world we live in.” In other words, people like Rex Tillerson who pooh poohed climate science by claiming people will simply adapt to slightly higher temperatures are wrong. Dead wrong, as it turns out.

Looking At Clouds From Both Sides

Climate skeptics like to say that the Earth has basic feedback responses that will limit the amount of warming to below 1.5° C. They argue hotter temperatures will lead to more clouds which will reflect more sunlight back into space, resulting in lower temperatures. Cloud dynamics were studied extensively by the researchers, who found no evidence of such a feedback loop being powerful enough to affect global temperatures. “There’s a growing consensus that the [cloud] feedback is positive, but not super large,” Thorsten Mauritsen, a climate scientist at Stockholm University, tells Science Magazine.

“We find that a negative total cloud feedback is very unlikely,” the study authors write. “The uncertainty is really asymmetric here,” Kate Marvel said in an interview. “We can be very confident in ruling out sensitivities on the low end. So basically what we’re saying here is that there is really no evidence for any sort of natural response, any sort of big, stabilizing feedback, that in the absence of human actions, is going to save us from climate change.”

Gavin Schmidt is a co-author of the study and a colleague of Kate Marvel at NASA. He sums up the situation perfectly by noting that collective action by nations could prevent the doubling of carbon dioxide in the atmosphere. “The primary determinant of future climate is human actions,” he says. Translation? Stop burning fossil fuels, people. You’re killing the Earth and every living thing on it! Is that so hard to understand?

Appreciate CleanTechnica’s originality and cleantech news coverage? Consider becoming a CleanTechnica Member, Supporter, Technician, or Ambassador — or a patron on Patreon. Don't want to miss a cleantech story? Sign up for daily news updates from CleanTechnica on email. Or follow us on Google News! Have a tip for CleanTechnica, want to advertise, or want to suggest a guest for our CleanTech Talk podcast? Contact us here.
In this article:global warming study, James Hansen, Jule Charney, Kate Marvel, World Climate Research Program 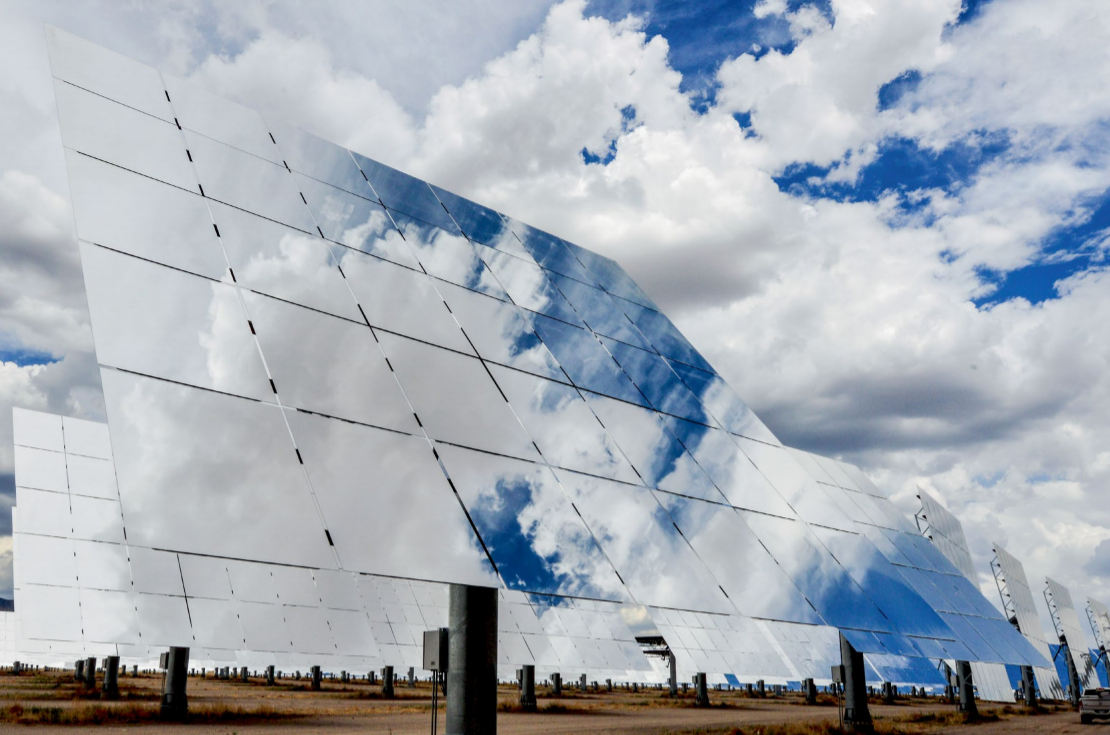 Drawdown Review 2020: How To Address Global Warming In A Responsible Manner

Project Drawdown has issued an update to its first report entitled Drawdown Review. The group says we have all the tools we need to...

A new study published in Nature claims spreading basaltic rock dust on the fields where crops are grown could pull up to 2 billion...