David Rand, a visual effects artist who has worked with major motion pictures such as Moana, Big Hero 6, and Frozen, just to name a few, has graciously gifted CleanTechnica his own perspective of the Cybertruck’s debut at the Petersen Automotive Museum. Rand shared with me that he was first taken aback when Elon Musk rolled out the Cybertruck on its big reveal night. “The lighting was bad on the debut. However, to see it in person … it’s the coolest fucking vehicle I’ve ever seen and will be the last four-wheel vehicle I buy.”

Rand has four motorcycles and really wished Elon Musk would make a bike. He plans to retire in Maine, where he says every driveway has a pickup truck. “I can’t wait to be the first to pull into that small town with this,” he told me. 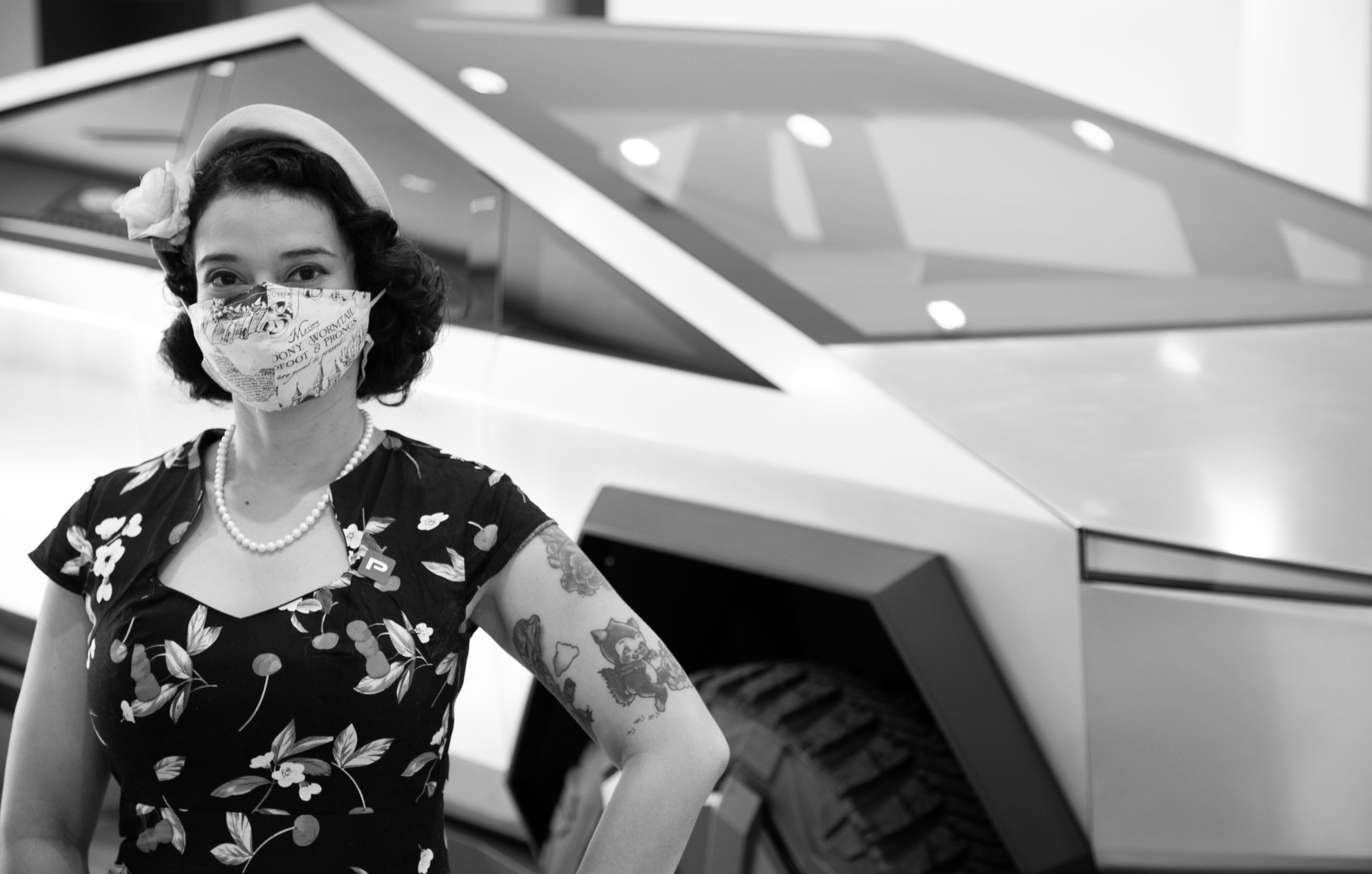 “The traction control available with a four drive driven by an electric motor will climb over anything,” Rand said. He believes that no ice truck can do this and that Tesla will dominate the off-road world.

He compared the Cybertruck to a jet in an old Clint Eastwood movie, Firefox, and noted that as the jet, the Cybertruck looked stealthy. In the movie, Eastwood stole the jet from the Russians because it was controlled by thought and could wipe out the world order. 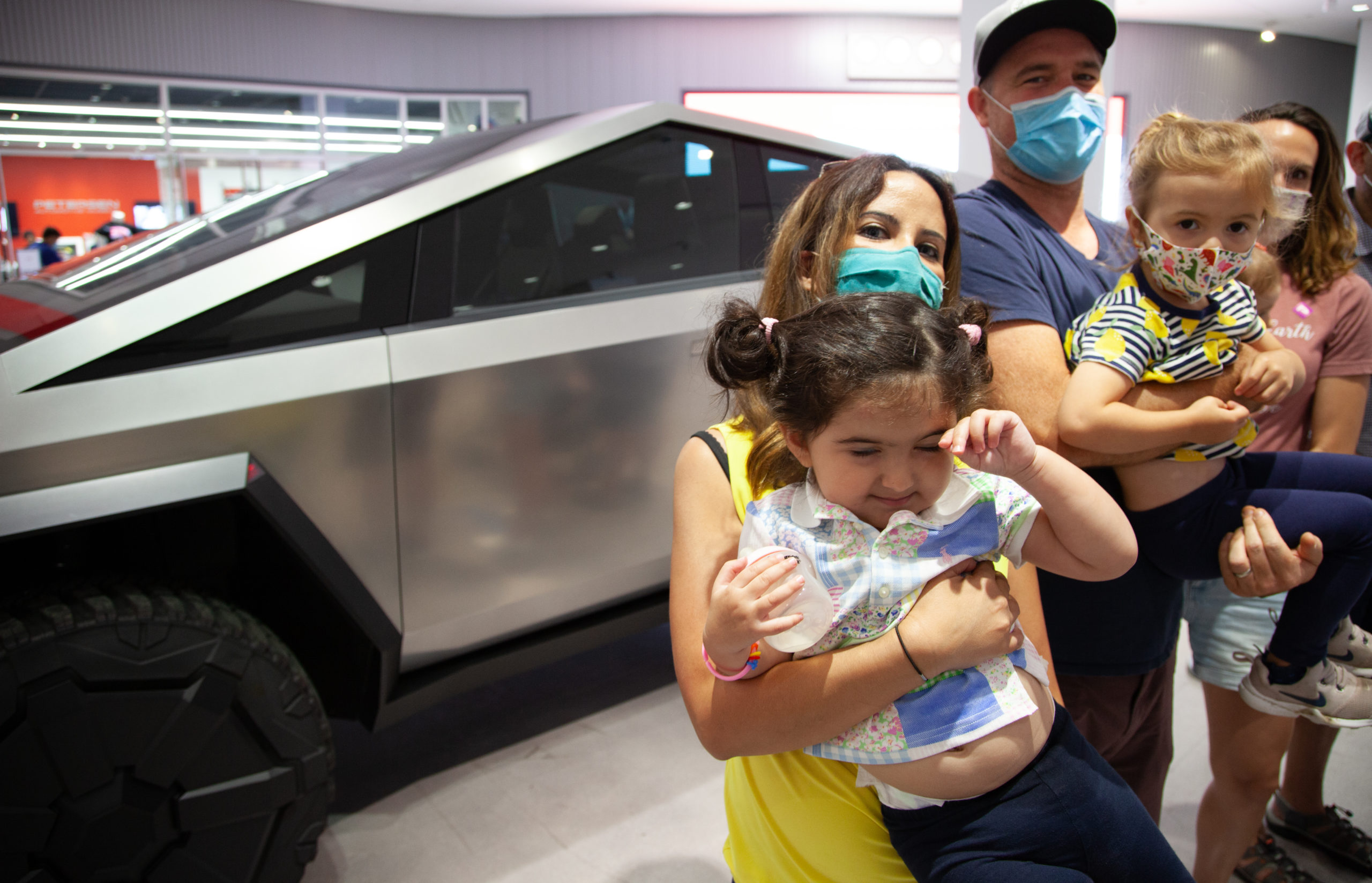 Rand has a theory that Starlink and the power it will give Tesla vehicles for navigation, communications, and power control is something that will be able to map off-road terrain in real-time. In essence, Starlink will empower the Cybertruck to take off-roading to new levels that will widen the gap between Tesla and legacy automakers. 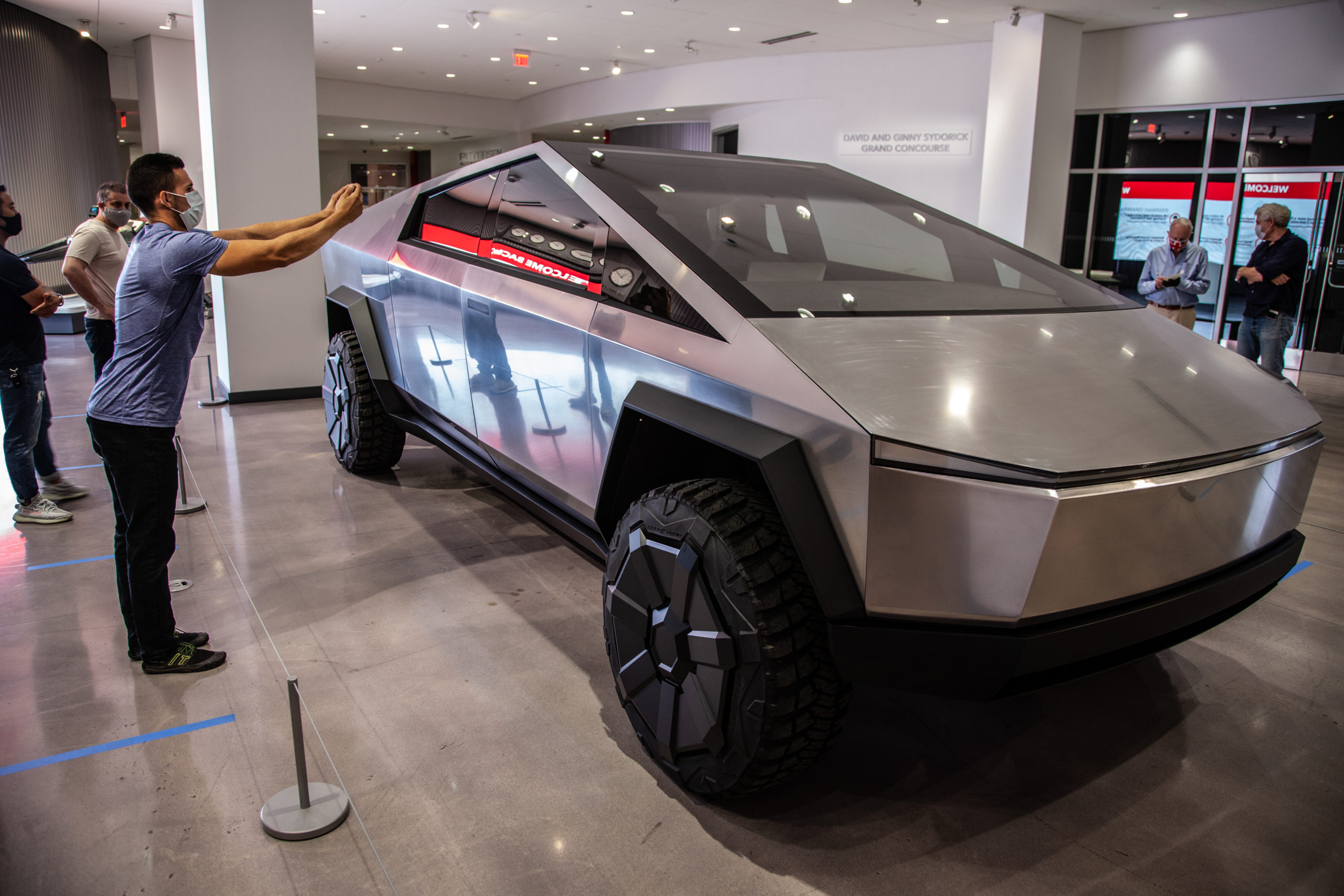 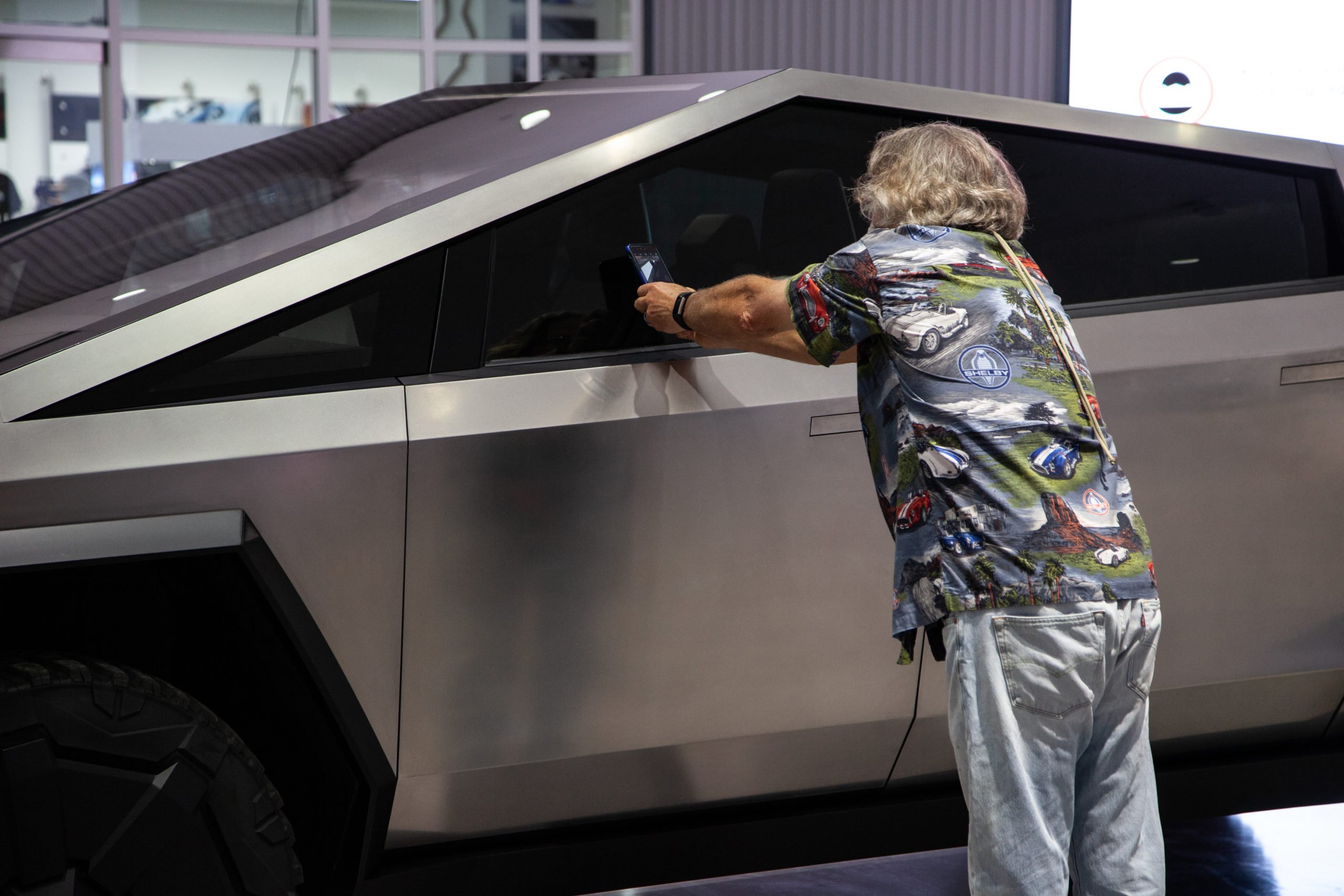 “It actually looks huge from some angles even though the proportions are similar to most big pickups,” Rand told me after I’d asked what he thought about the Cybertruck. He said that when standing near the Cybertruck, one could feel the power. It looked bigger while simultaneously looking like a car from other angles. “It’s weird, but in a good way,” he mentioned. “It looks like you could roll it down a hill, have it land on its wheels, and just drive away without a scratch. The stainless looked so shiny too. Rust is a huge problem in seasonal places … won’t be a problem with this — they are going to sell like crazy.” 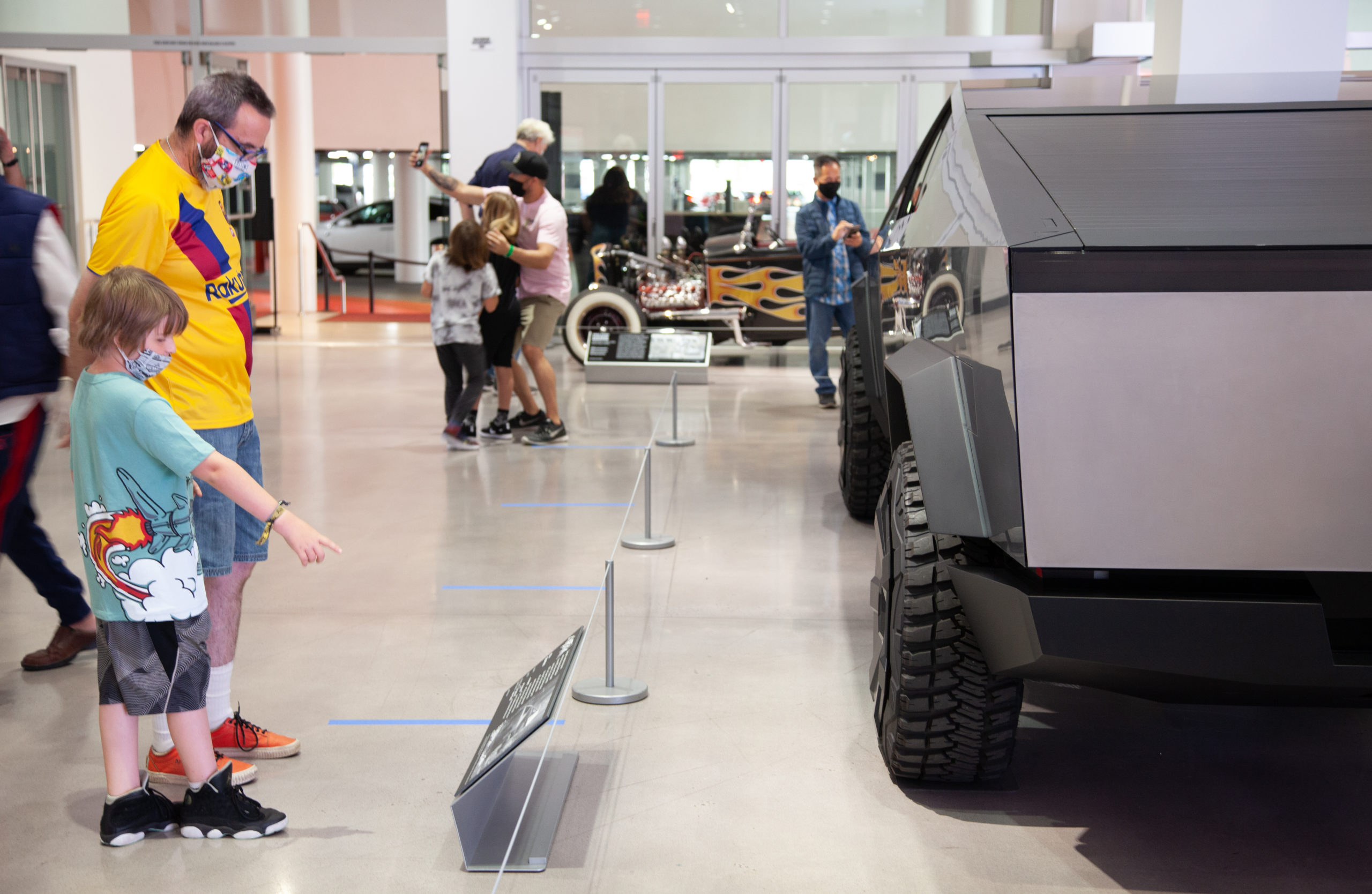 I was moved by these photos. Rand captured the essence of the joy and excitement of those who attended. In the cover photo, there is an adorable little girl in a pink skirt with rain boots standing proudly next to the Cybertruck. My first thought was that we are looking at the future — the next generation of both humans and vehicles.

Teaching children at a young age to be excited about electric vehicles — no matter the brand — is something we can do now that will impact their future in a positive way. For the children who attended, seeing the Cybertruck in the museum will definitely shape their mentalities in the future when it comes to EVs. They will be telling their own children someday, “I remember when I saw the Cybertruck in a museum when I was your age.”

Note: all of the families in the photos gave Rand and CleanTechnica their full consent.

If you’re in the area, we — and Elon Musk — suggest you check out the Cybertruck at the Petersen Automotive Museum.

Stop by The Petersen is you’d like to see Cybertruck irl! Lots of awesome cars & bikes there. Definitely worth seeing with or without Cybertruck.

Have a tip for CleanTechnica, want to advertise, or want to suggest a guest for our CleanTech Talk podcast? Contact us here.
In this article:David Rand, electric trucks, Elon Musk, Petersen Automotive Museum, Tesla, Tesla Cybertruck