Originally published by The Future Is Electric.

You may have heard the claim that lithium-ion storage will only last 4 hours. It is often cited as support for other energy storage solutions. However, as an engineer, I take any sort of technological matter of fact statement like this with a grain of salt. Will this saying always hold true? Shouldn’t innovation eventually extend this duration? What about lithium-ion batteries is this claim based on? Well, I have some answers.

Let’s start with the basics. Lithium-ion batteries are a broad class of electrochemical energy storage systems that move lithium ions (how fitting) and their electron counterpart between a higher chemical potential reservoir and a lower one, separated by an electrolyte. More specifically, lithium-ion batteries, also referred to as battery packs, are composed of thousands of interconnected cells, which are individual cylinders shaped like AA batteries that house the two reservoirs, an electrolyte, two current collectors, and some safety parts. Imagine unrolling this cylinder and looking inside at its layers and you’ll see the structure of a lithium-ion cell detailed below (specifically, this is a lithium cobalt oxide cell, but the supporting cast of other chemicals doesn’t matter for our purposes). Keep this cell’s structure in mind during the following discussion, as we must peek into the cell level physics to find the answers we seek. The difference in chemical potential between the two reservoirs in a cell is what can fundamentally store massive amounts of energy for future discharge. Power output from a lithium-ion cell corresponds to the number of lithium ions that are moved across the cell per second and is a function of the cross-sectional area (among many, many other factors). When connecting thousands of cells, the total cross-sectional area scales proportionally with each additional cell. More cells in a battery pack yields higher power.

Likewise, the energy capacity of a lithium-ion cell is directly related to the volume of lithium in a cell. Connecting thousands of cells scales capacity proportionally with each additional cell as well. Therefore more cells in a battery pack also yields higher capacity.

The Effect of Coupled Power and Capacity

This poses the unique fact that the power and capacity of a lithium-ion battery are inherently coupled by cross-sectional area, which is a fancy way of saying increasing battery cell count results in higher capacity and higher power (if all cells are equal). More cells in a battery results in a larger volume and a larger cross-sectional area. Therefore increasing battery capacity through the addition of cells intrinsically increases power, given constant chemistry, temperature, and other specifics. This idea of coupled power and capacity of lithium-ion batteries is the base of where the claims of 4-hour duration arise.

Coupling between two desirable traits is actually quite uncommon. Usually in the engineering world, we must sacrifice some of one good trait to improve another. Think speaker quality sacrificed to improve portability or engine weight sacrificed for power. In fact, the coupling of power and capacity in lithium-ion batteries has been a key asset of Tesla’s appeal. Car buyers wanting to pay for more mileage on a charge seem to also be getting faster acceleration out of the kindness of Elon Musk’s heart, but really it’s just the physics of lithium-ion batteries that brought you more face-melting 0–60 mph acceleration. Bear in mind this is with respect to cell count in the car’s battery, not the chemistry, power management, motor efficiency or other innovations.

Okay, but what does this have to do with grid-level storage? Everything. If a utility wants to install a grid-scale battery with a large capacity, it must also pay for an unnecessary increase in power. What is an advantageous asset to electric vehicles poses a serious hurdle for lithium-ion grid-level storage. Other electrochemical storage solutions such as flow batteries (at varying levels in development), and age-old pumped hydro storage, are solutions that decouple power and capacity to save resources and achieve a functionality more in line with what the grid specifications actually call for.

Flow batteries use massive tanks to store the majority of the chemicals that are then pumped across the membrane surface to react with chemicals on the other side and discharge energy. This variant form factor is beneficial because the volume of chemicals in the tank is independent of the membrane cross-sectional area. The figure below shows a basic schematic for flow batteries, the important aspect to note is how volume is independent of the cross-section of the membrane. The power is still a function of the cross-sectional area because it corresponds to the number of reactions per second that occur across the membrane. Capacity, on the other hand, can be increased by making the tanks larger, a task that will not affect the power. This achieves the effect of decoupling power and capacity. Grid specifications dictate max power and capacity separately, thereby wasting no resources on unnecessary power when increasing capacity.

Pumped hydro utilizes the simplest of the fundamental forces — gravity. Pump water uphill for storing energy, release it downhill to capture it, hopefully with minimal losses. Pumped hydro decouples power and capacity because the size of the upper reservoir corresponds to capacity while power is a function of height difference and flow rate.

The eventual proliferation of one of these technologies — reliability, lifetime, and other technical aspects aside — will come down to a price tag. Utilities will likely purchase based on the levelized cost of energy (LCOE) of these solutions. LCOE takes the net present value of all future costs and divides by the net present value of electricity generated over its lifetime, in $/MWh. The figure below details the duration independent LCOE of lithium-ion batteries compared to the duration dependent LCOE of flow batteries and pumped hydro from 2017 data.

Given the LCOE of these storage solutions, the economics show lithium-ion and other solutions break even around 4 hours. There, question resolved.

Okay, not so fast. While this is all true, this graph is really meaningless in the face of future battery LCOE. Lithium-ion, as well as other implemented solutions, will experience economies of scale and technological innovation that will continue to decrease its LCOE. Setting aside financial dissimilarities in capital cost and discounting over production lifetime, the question is, at what rate will these solutions’ LCOE decrease and to what extent?

Future LCOE Estimates and Their Impact

First, I expect lithium-ion battery LCOE to drop faster than the other solutions due to market forces arising from the proliferation of EVs. As we have seen historically, the market need for lithium-ion batteries in electric vehicles has brought huge investments into research and development that have tweaked the supporting cast of chemicals in the cells to greater efficiencies, capacities, and other desirable traits. In result, costs have plummeted and will continue to do so.

Such a market force does not exist to fill the sails of either flow batteries or pumped hydro to drive down their costs at the same rate. So, imagine the horizontal line above for lithium-ion LCOE lowering relative to the other solutions, and you’ll see the breakeven duration increase. This mental exercise is example 1 as to why the claim of 4-hour max duration time for lithium-ion batteries will not continue to hold true. Over time, market forces driving the LCOE of lithium-ion batteries down faster than flow batteries and pumped hydro will increase the economic breakeven time to at least twice the case in 2017.

Second, LCOE decreases can only continue for so long. Battery costs will asymptotically approach the raw material cost plus variable cost aspects (valid, yet a simplification). This idea provides a rough guideline on how cheap a storage technology can theoretically get. Comparing this minimum LCOE is a valuable exercise to determine the maximum lithium-ion duration time that should, given enough time and investment, economically prevail. It is assumed here raw material costs change little compared to full battery costs.

Although lithium as a material has historically been, and will likely continue to be, more expensive than many of the raw chemicals used in flow batteries, the pure volume of chemicals needed in flow batteries can offset that advantage. This goes back to the inherent physics of lithium-ion batteries. The element lithium has the highest electrode potential of all feasible reduction half-reactions, at 3.04V, meaning each Li-ion moved across the electrolyte gives 3.04V of energy. The electrode potentials of elements used in flow batteries vary but are all smaller. This results in a considerably larger energy density of lithium-ion batteries that equates to less raw material, and a theoretical minimum LCOE of lithium-ion batteries equal to or lower than that of flow batteries. Pumped hydro, in contrast, is a significantly more developed technology and its historical LCOE figures are likely near its minimum LCOE. Therefore, historical costs are a quick guideline on minimum LCOE achievable by pumped hydro.

Putting the Claim to Rest

Putting these two economic projections together conveys an increase in lithium-ion storage durations in the future that no one is talking about. I expect these maximum storage times to reach 8–12 hours. Although utilities will be paying for an unnecessary power increase when increasing the capacity of a lithium-ion battery, an analysis of future LCOEs shows the breakeven duration time extending longer and longer due to market-driving forces and minimum theoretical LCOE. Of course, at a certain point, flow batteries and pumped hydro will be a more economic solution, but only for duration times exceedingly longer than the current claims of greater than 4 hours.

Claims that “lithium-ion storage will only last 4 hours” is outdated and simply used as unbacked fodder for lithium-ion opponents. A lack of information and scientific evidence about where these claims come from prompted me to write this article, and I hope this serves to educate all people involved in clean energy with a basic understanding of the physics that once supported this claim and what it means in the future of the energy storage industry. 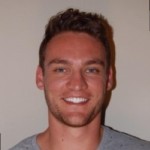 Nate Brinkerhoff is an engineer and designer at his core with a passion for the transformation from fossil fuels toward a portfolio of clean alternatives. He holds a BS in mechanical engineering from Purdue University and is currently obtaining his MS in Civil and Environmental Engineering at Stanford University with a focus in Atmosphere and Energy. Outside of academia, he has worked in the semiconductor industry, battery storage industry, thin film solar industry, and fuel cell industry in an array of engineering roles. Originally from Boston, he has attended schools in Indiana, California, and Switzerland, taking pride in learning from and meeting people across the globe who share his mission of a clean energy revolution. You can follow Nate on LinkedIn.