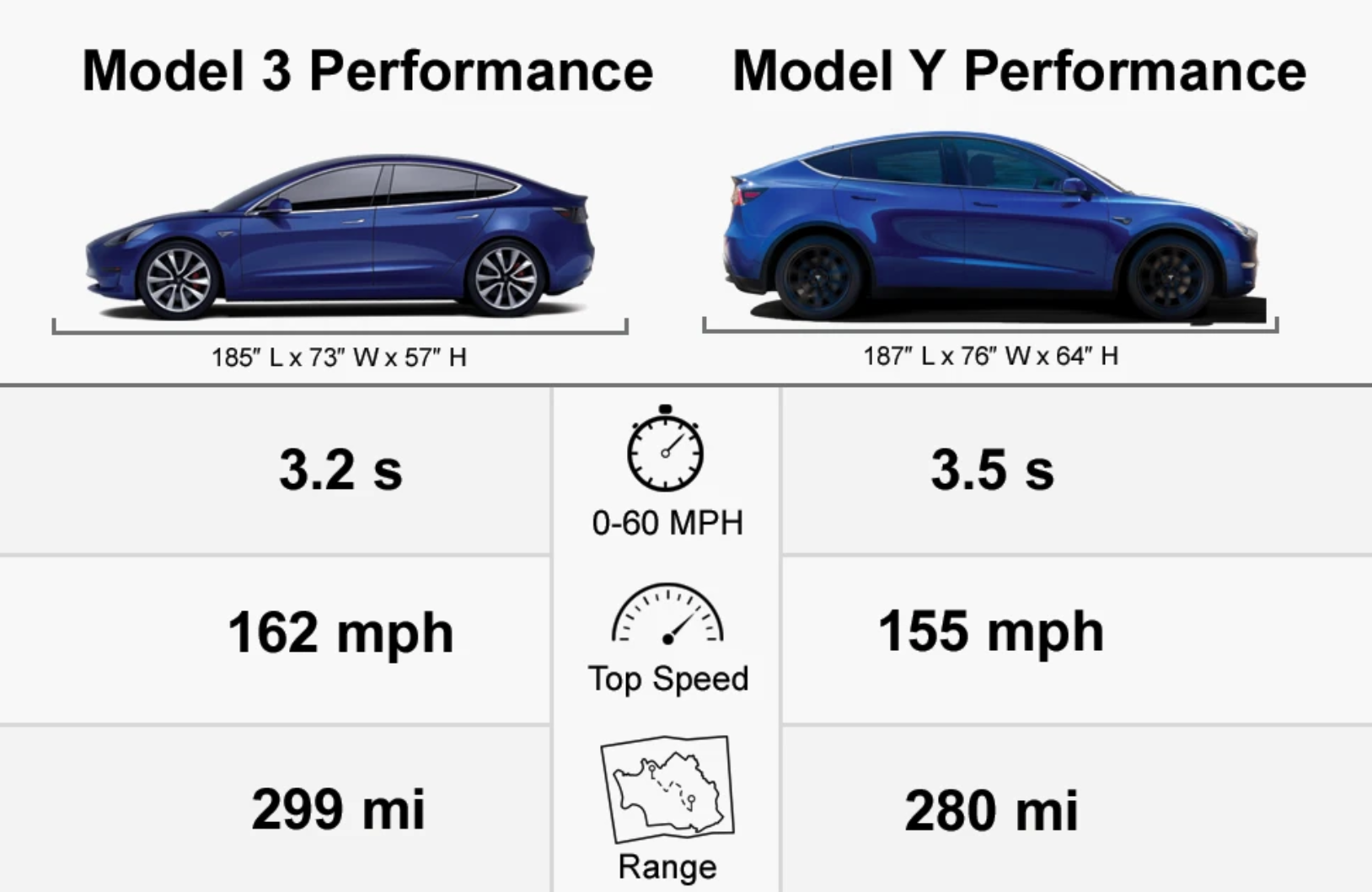 Originally published by EVBite and EV Annex.
by Denis Gurskiy

When it comes to electric vehicles, Tesla has topped the industry in just about every category imaginable. The Silicon Valley automaker leads in technology, batteries, range, charging infrastructure, and so much more. One particular automotive characteristic where Tesla really shines, whether it’s gas or electric, is performance. In fact, Tesla’s high-end “Performance” models will demolish just about anything on the track for a fraction of the cost.

As we compare these two Teslas, the inner speed demon in you must be questioning which vehicle would suit you best. Perhaps you’re undecided between the two. Maybe you’re asking if you should trade in your Model 3 for a Model Y? Not everyone can track test each vehicle, but you can compare the numbers side by side using the above infographic.

In hindsight, the Model Y is closer to the Model 3 than the Model X. The two vehicles actually share ~76% of the same parts. Basically, it’s a larger and heavier Tesla Model 3.

That said, size and weight will most definitely affect track performance and specs, as seen in the side-by-side comparison, but maybe you prefer larger vehicles? Crossovers are actually the fastest-growing auto segment in the U.S., taking up over 40% of all new car sales.

In any event, if you staged a Model 3 vs. Model Y face-off on the track, the former would likely win. But maybe you’re willing to take a downgrade in performance for a more spacious car? Well … it (always) depends on one’s personal preference. Either way, you’ll be getting an extremely high-performance vehicle with plenty of prowess on the track.