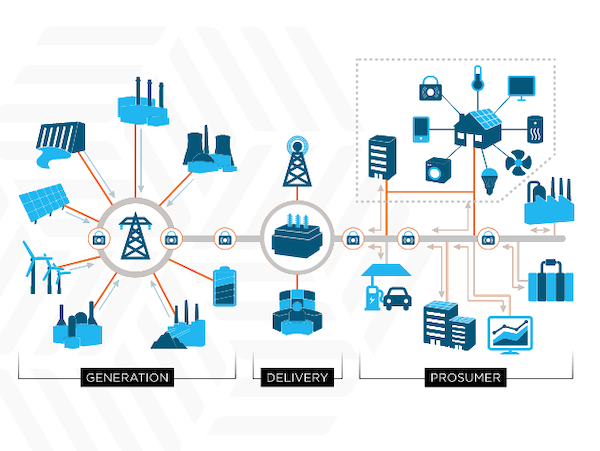 If fossil fuel stakeholders hoped for the COVID-19 crisis to give them a little breathing room, they may have to do some re-hoping. The US Energy Department dropped yet another one of its renewable energy truth bombs earlier this week, and now a coalition of economically powerful US states has followed up with a new initiative aimed at accelerating 100% clean energy goals across the country. That’s not just a state-level thing, either. The new initiative aims at municipalities, corporations, utilities, and other stakeholders, too.

Sure, there have been other state-based clean energy initiatives over the past few years, and the corporate sector has also been pushing clean power.

This new initiative, though, is a horse of a different color. It is spearheaded by states that wield considerable influence over the US economy and, for that matter, the global economy.

Called the “100% Clean Energy Collaborative,” the initiative comes under the umbrella of the organization Clean Energy States Alliance.

Also lending economic force to the effort is the 9-state Regional Greenhouse Gas Initiative, a consortium of 9 northeastern states that includes two other advisory committee members — Connecticut and Rhode — as well as New York.

Another member of the advisory committee is New Jersey, which was previously torn from the RGGI carbon venture by former governor Chris Christie (yes, that Chris Christie). Now under new leadership, New Jersey is set to rejoin RGGI this year.

Other states with representation on the advisory committee also have some interesting features that lend economic pop to the clean tech effort. One of those is Washington State, which is the home of the Pacific Northwest National Laboratory. PNNL is key leader in the Energy Department’s renewables-friendly grid modernization initiative.

Then there’s Hawaii, which has become a living laboratory for the economic benefits — and resiliency advantages — of harvesting local energy instead of shipping in fossil fuels.

That leaves the curious case of Nevada on the advisory committee. If you have any thoughts about that, drop us a note in the comment thread. A couple of hints: Nevada is host to a key national security site among other federal facilities. It is also one of the few states with significant geothermal resources in operation.

As for the collaboration itself, CESA notes that 14 states and Washington, DC already have established aggressive clean energy goals leading to 100%. The main thrust of the collaboration is to accelerate those efforts, with the ultimate aim of pulling the rest of the nation along with them.

“Convening with sister states to achieve nation-wide success under the 100% Clean Energy Collaborative will support sustained growth of the nation’s green economy at a critical time in the fight against climate change,” explained Doreen Harris, who is VP of large-scale renewable energy for the state’s energy research agency NYSERDA.

Basically, the 100% Clean Energy Collaborative will serve as a platform for clean energy states to help each other out. CESA already has a solid track record in that area, by facilitating renewable energy portfolio standards in a collaboration of 29 states plus Washington, DC.

But wait, there’s more. The Collaborative also seeks to network with municipalities and utilities that are seeking 100% clean energy, as well as private sector stakeholders.

That’s interesting, considering the influence that big corporate employers could wield over states that have been lagging behind the clean energy curve.

We haven’t even begun to talk about the potential for interplay between the Collaboration and the nation’s sprawling network of rural electric cooperatives. CleanTechnica is reaching out for their insights, so stay tuned for more on that.

Meanwhile, yet another in a series of interesting coincidences (or not-coincidences as the case may be) occurred this week, when news surfaced that at least seven top oil and gas execs were heading to the White House for a personal meeting — a rare thing these days — in search of an assist for their industry.

No word yet on whether or not coal stakeholders get a top-level meeting of their own. If they get the brush-off, that wouldn’t be a surprise. Despite repeated promises to coal miners from the current occupant of the Oval Office, the US coal industry is in freefall. As they say, failure is an orphan.

As if to underscore the point, earlier this week energy regulators in New Mexico enabled the utility PNM to cut ties with the notorious 847-megawatt San Juan Generating Station, which is not good news for the power plant’s feeder coal mine.

A firm called Enchant Energy still thinks it can keep San Juan going with a proposed carbon capture operation, but those energy regulators in New Mexico seem to be not thinking the same think.

According to a new study from our friends over at IEEFA, coal could sink to about 10% of US electricity generation within the next five years or so.

That’s quite a turnaround for a fuel that claimed a 50% share as dawn broke over the 21st century. Just goes to show how quickly things can change. Something to think about as energy stakeholders of all sorts jockey for position in the post-COVID world of the future.

Image (screenshot): Grid Modernization Initiative via US Department of Energy.

Have a tip for CleanTechnica, want to advertise, or want to suggest a guest for our CleanTech Talk podcast? Contact us here.
In this article:Clean Energy States Coalition, DOE, Electricity, Energy, Renewable Energy, united states, US